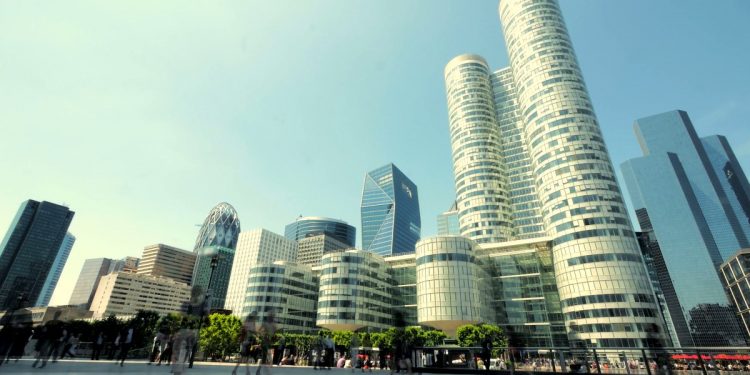 Despite this projection, Nigeria, which is by far the largest economy in the region, has been investing in sectors that are attracting investors from across the continent and beyond.

As the world moves into work and live city models, Nigeria has not been left behind and it can only get better for Africa’s most populous nation. And with 196 million people living in the country going by 2018 estimates, accommodating these numbers means that the country has to be innovative in how it provides housing as well as create jobs.

According to the Centre for Affordable Housing Finance in Africa (CAHF), housing remains a perennial problem in Nigeria. With projections that the country’s population will surge to 263 million by 2038, providing housing for Nigerians needs an emergency response.

To address the looming housing crisis, the government has taken the initiative to create the Family Homes Fund (FHF) which is a public-private partnership (PPP) between the Federal Ministry of Finance and the Nigeria Sovereign Investment Authority (NSIA).

Nigeria’s federal government is investing N500 billion (US$1.39 billion) for FHF over a five-year period to make affordable housing easily accessible. Set up in 2018, FHF targets providing 500,000 homes and create 1.5 million direct and indirect jobs during the five-year period. Already, FHF has completed 650 units of low-income housing in Asaba, Delta State in partnership with the Delta state government and Locke Homes Ltd.

The Nigerian government commissioned Alaro City, one of its special economic zones, in 2019 targeting investors for the mixed-use city development in Lagos.

Alaro City is a development by Rendeavour, Africa’s largest urban developer, in partnership with the Lagos State Government. Rendeavour says that the project located on 1,000 ha (2,470 acres) within the Lekki Free Zone is of a similar scale and type as others in the company’s portfolio.

The Lekki Free Zone is the largest free zone in West Africa. Rendeavour’s site is adjacent to the proposed Lekki International Airport. It is also close to the seaport and some planned industrial developments.

As a joint venture, the project boosts foreign direct investment in Nigeria and will create tens of thousands of jobs.

Developers say that the project is a mixed-income, city-scale development. It has industrial, logistics, offices, homes, schools, healthcare facilities, hotels and entertainment spaces on 150 hectares (370 acres).

Rendeavour’s contribution to the Nigerian housing needs may be a drop in the ocean but it is no doubt a step in the right direction especially when it comes to the PPP arrangement with the government.

In a 2016 report, the World Bank estimated that 50 per cent of Nigeria’s population was concentrated in urban areas. This number may have grown since, putting pressure on available housing.

The report indicates that North East and North West Nigeria have more rural residents, while the South-South and South-West zones have more urban residents.

Nigeria’s rapid metropolitan population growth is exerting great pressure on the housing sector with 2003 estimates showing that 70 per cent of the urban population was living in inadequate settlements.

With FHF progressing in providing affordable housing, the government has however been accused of neglecting the informal sector.

Nigeria is Africa’s largest economy with a GDP of US$530 billion with the informal sector representing 65 per cent of GDP. With the informal economy raking in an estimated N81.05 trillion (US$226 billion), stakeholders argue that attracting this revenue can help bolster the housing market.

Additionally, those in the informal sector make up 83.2 per cent of Nigeria’s 81.15 million work-force and having a contributory pension scheme incorporating them could leapfrog the provision of affordable housing.

CAHF notes that Nigeria presents several opportunities in the housing sector with the Nigerian diaspora being one such opportunity. Nigerians in the diaspora number approximately 15 million and by 2023, their remittances will amount to N96.5 billion (US$34.8) billion.

While the country is focusing on FDI, the diaspora could be an even better target group for a Nigeria of the future.