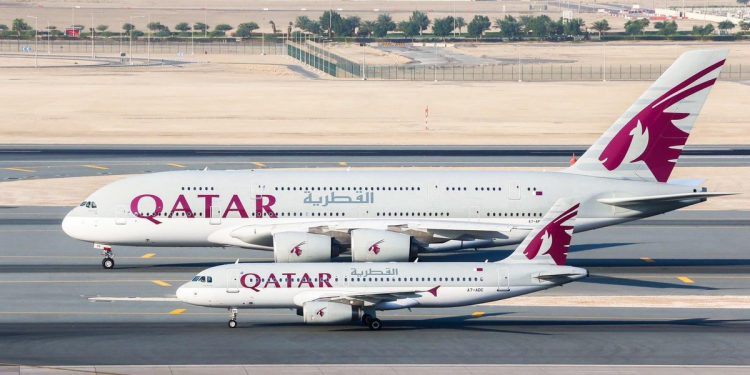 Industry analysts say for both airlines the deal is a win-win situation and that owning shares in a growing African airline like RwandAir will act as a springboard for Qatar Airways into the African aviation market.

Qatar Airways is in talks to buy a 49 per cent stake in RwandAir, its chief executive said.

Qatar Airways is also interested in doubling its holding in LATAM Airlines Group to 20 per cent with an objective of having equal stake with Delta Air Lines in LATAM.

Although no details have yet been revealed, like the amount of money Qatar airways is spending on the stake, the purchase will mean the government of Rwanda will remain with a controlling stake of 51 per cent in the airline.

Industry analysts say for both airlines the deal is a win-win situation and that owning shares in a growing African airline like RwandAir will act as a springboard for Qatar Airways into the African aviation market.

Qatar Airways acquiring a stake in RwandAir would widen its reach and potentially help the Airways bypass restrictions imposed on it by some Arab states.

“We are very tough negotiators … we will take our time to negotiate,” Qatar Airways Chief Executive Akbar al-Baker told reporters in Doha.

Since some lucrative markets in Saudi Arabia and the United Arab Emirates banned it from its airspace following a regional political dispute, the airways has bought some of its stakes in other airlines.

The airways has been forced to fly longer routes to avoid the blocked airspace of some of its neighbours however, the ban does not apply to non-Qatari airlines flying to Qatar.

With the 49 per cent ownership, RwandAir could potentially carry passengers from Africa over the blocked airspace to the state-owned airline’s Doha hub without any airspace restrictions.

RwandAir has been expanding over the past decade due to financial injections from the government, many of which are from external loans like the Eurobond although it is still making losses.

In the past, Rwanda’s President Paul Kagame said that the country was open to privatising RwandAir at the right time and if it made business sense.