Implementation of the AfCFTA presents a window of opportunity for SEZs 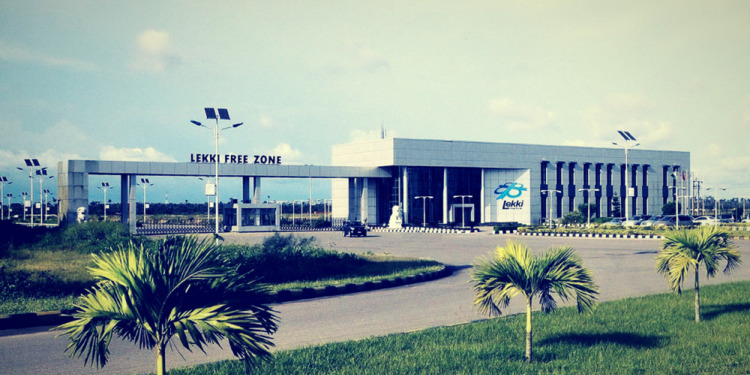 The Lekki Free Trade Zone in Nigeria. Such SEZs are some of the investment areas to focus on in Africa’s FDI. [Photo/Stears Business]

The African Continental Free Trade Area (AfCFTA) is opening opportunities for investment in Africa with special economic zones (SEZs) being the biggest beneficiaries.

Stakeholders in the SEZ sector say that the most promising industries for FDI flows in African SEZs post-AfCFTA implementation are agriculture and food, light manufacturing, textiles and electronics.  More and more SEZs are also looking to attract investment in the automotive and construction sectors.

The World Investment Report 2021 by the United Nations Conference on Trade and Development (UNCTAD) notes that in this regard, the implementation of the AfCFTA presents a window of opportunity for SEZs to pivot away from primary commodities traditionally driving African investment and trade flows, such as mining and hydrocarbons, while instead attracting and leveraging investment into higher value-added industries.

The implementation of the AfCFTA is expected to significantly shape foreign investment into African special economic zones.

It is also likely to affect target industries and source countries of investment.

According to a recent UNCTAD survey of SEZ stakeholders in Africa carried out in collaboration with the African Economic Zones Organization (AEZO), FDI in SEZs is expected to increase by 15 per cent from other members of AfCFTA and by 30 per cent from outside Africa.

The survey revealed that the vast majority of African SEZs view the AfCFTA with optimism: over 85 per cent of respondents expect FDI from Africa to increase or significantly increase, while almost the entirety of respondents (95 per cent) expect investment from outside Africa to do so.

In the context of enhanced regional integration, international investors are likely to increasingly pursue regional market-seeking investments, considering African SEZs as points of entry into the whole continental market, therefore scaling up FDI towards the most competitive zones.

FDI into Africa was expected to rise heading into 2021 but the increase would only be to a limited extent.

The FDI flows to Africa declined by 16 per cent in 2020 to US$40 billion – a level last seen 15 years ago. Egypt remained the largest recipient in the region.

The large falls in green-field investment (-62 per cent to US$29 billion) and international project finance announcements (-63 per cent to US$46 billion) in 2020 indicate the significant downside risks in the immediate future. Given a projected GDP growth rate in 2021 (3.8 per cent) that is lower than the projected global average and a slow vaccine roll-out programme, investment recovery in Africa is likely to lag behind the rest of the world.

This is in contrast to trade, which is forecast to grow (8.4 per cent) in parallel with global growth (8 per cent). In the long run, the speed and the scale of the FDI recovery will depend on the extent to which the economic and social impact of the pandemic can be contained on the continent, as well as the global economic situation and the pace of implementing key announced projects.

Despite significant risks related to foreign investment in 2021, some indicators point to a potential return of FDI to pre-Covid-19 levels by 2022. Although the overall value of planned project finance and green-field investments fell considerably, a few large deals announced in 2020 signal that foreign investors are engaged despite the unfavourable investment climate.

For example, MTN Group (South Africa) announced it would invest US$1.6 billion to strengthen its 4G network services in Nigeria. Also, Eni announced plans to construct a natural gas processing plant as part of a joint venture with a local firm in Angola, with the opening date scheduled for 2023. Major investment announcements were also made during the Third South Africa Investment Conference in November 2020.

Google, for example, announced it would invest approximately US$140 million in a fibre optics submarine cable that will provide high-speed internet connectivity across South Africa.

However, the realization of these sizeable investment projects is likely to be drawn out, due to the unfavourable investment, economic and epidemiological conditions.

The expected adoption of the Sustainable Investment Protocol of AfCFTA could also bolster FDI flows to and within Africa in the long term. The protocol is being negotiated as a Phase 2 issue of the agreement, along with competition policy and intellectual property rights.

Finally, indications of an increase in commodity prices in 2021, especially for crude oil and natural gas, could also encourage investment flows to Africa.

Oil prices are projected to increase by 21 per cent on average and non-oil commodity prices by 13 per cent.

Looking ahead, FDI to Africa faces strong headwinds in the short term with significant downside risks. In the longer run, vaccine availability, domestic economic recovery policies and international financial support will be critical to the revival of FDI and the post-pandemic recovery.

FDI is projected to increase by 5 per cent but remain 15 per cent below the 2019 level. Although commodity prices have largely recovered following a drop in 2020, projected growth in the region is muted. Fiscal and monetary buffers are limited in most countries, and vaccines are in short supply. Over the medium term, the region’s high potential and investment needs will accelerate FDI inflows, especially if the investment climate continues to improve.

In this respect, ongoing efforts through the AfCFTA with measures lowering barriers to intra-regional trade could support FDI flows, which have significant scope to expand.

The pandemic also put investment and regional cooperation in a new perspective. By creating larger markets, regional integration schemes will encourage intra-regional FDI, especially in Africa, where the majority of the potential members of the AfCFTA are 33 least developed countries (LDCs). Africa has 55 in total.

Fully implementing the AfCFTA and its sustainable investment protocol could open ample opportunities for investment in productive capacities and in sustainable development.

Such investment could aid economic recovery, especially if governments promote regional production networks and the development of regional value chains, as well as attract market seeking investment that would benefit from extended regional and continental markets.

However, the pandemic may delay the implementation of those plans.

Kenya hurtling towards starvation on agricultural policy by non-experts

GDP - not a true reflection of Africa economic growth