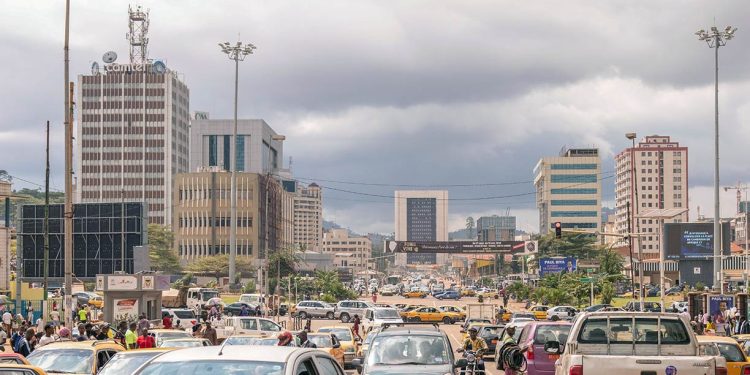 MTN Global Connect has signed a memorandum of agreement with Camtel, the national telecommunications utility in Cameroon, to improve cable usage

It is only logical to assume that business processes will advance with the rapid expansion of mobile connections. Research and in-depth analysis of the industry trends and drivers indicate that the telecommunications sector will consolidate. There will undoubtedly be more foreign investment as the market opens up and economic returns grow.

Major investments have been made in the continent or sections of it by various players, including local businesses, foreign investors, and global actors. The potential of governments controlling and profiting from the sale of spectrum and licenses is also becoming popular.

The Ministry of Telecommunications in Cameroon has devised a digital transformation plan to stimulate participation in the digital economy. This will be accomplished by improving infrastructure and the provision of phone and internet services at reduced prices.

The Ministry intends to counteract this by increasing the length of the national fibre backbone from 20,000 kilometres to 25,000 kilometres. Still, the work schedule has not yet been published, and the objective appears to be more of an aspiration than a specific plan.

According to the International Finance Corporation (IFC) statistics, investment in the Cameroonian telecommunications industry experienced a steep decline of 78 percent between the years 2016 and 2019, which is the most recent year for which data is currently available. This has created a substantial gap in infrastructure development given the rising economic dependence on information and communications technology, particularly the need to establish fibre networks.

Since mobile carriers such as Orange and MTN are responsible for around 95 per cent of all expenditures, the decline in investment might be a consequence of the high levels of spending on 3G and 4G infrastructure between 2014 and 2016.

Camtel, the national telecommunications utility, does not possess the financial resources necessary to support rapid expansion. As a result, it would be advantageous if the government or regulators could find ways to attract investment from other sources.

Cameroon is, in theory, well linked to the global telecoms infrastructure since five underwater fibre optic cables connect the country to other continents.

According to a press statement issued by the two partners, MTN Global Connect has signed a memorandum of agreement with Camtel to improve cable usage. This will, according to the statement, “accelerate digital transformation and allow Cameroon to position itself as a digital centre for the region.” Camtel is the other partner in this venture.

The installation of fibre networks around Cameroon will serve as the strategy’s linchpin. Out of Cameroon’s total population of 25 million, about 14 million people now live in places without internet access.

In November 2021, the governments of Cameroon and Chad agreed and signed a memorandum of understanding to connect their respective fibre-optic networks. In a joint statement, the agreement “reflects the two Heads of State’s desire to provide their countries with a secure and interconnected fibre-optic network to increase digital access, boost regional integration, and achieve harmonious and integrated sub-regional economic development.”

However, no genuine steps have been taken, nor has there been any progress made on earlier agreements between the two countries on the convergence of cross-border telecommunications networks.

The government of Cameroon is very interested in encouraging new internet companies to set up shop in the nation. Although innovation is concentrated in a few countries, such as Morocco, Egypt, South Africa, Ghana, Nigeria, and Kenya, African IT and mobile banking firms are quickly rising. Even in this regard, Côte d’Ivoire and, to a lesser extent, Senegal are the countries that are leading the way, with Central Africa getting a far smaller amount of investment.

The so-called Silicon Mountain region of Southwest Cameroon, which is focused on Buea, has emerged as a startup cluster in recent years. It is also interesting to note that the cluster has developed in Anglophone Cameroon, which may have occurred due to the impact of other English-speaking nations in the area, such as Nigeria.

Developers and designers have formed hundreds of new businesses, taking advantage of graduates from several local institutions. However, there is still a problem with financing these businesses.

To encourage the growth of technology and content suited to the Cameroonian market, the Ministry of Posts and Telecommunications of Cameroon provided 35 companies located in Silicon Mountain with a free internet connection for one year and the necessary equipment in March 2022.

In addition, the government is looking to the South Korean corporation Samsung for Silicon Mountain’s financial and technical aid.

It should not come as a surprise that governments worldwide have recommended taxing activities to collect revenue, considering the growth that has occurred in the mobile and internet sectors over the past two decades. These proposals are generally met with a blizzard of opposition, and the typical response to such attempts is to abandon them. On the other hand, mobile money has proven to be a simpler target, which is why Yaoundé decided to levy a tax of 0.2 per cent on all transactions in January.

The International Monetary Fund has warned that the decision may have negative consequences. According to IMF, “Taxing mobile money might be economically inequitable and hinder the financial inclusion even further.” It has been demonstrated that the technique is harmful to the segments of the population who are poor and unbanked. These population segments usually reside in rural areas and are subject to hefty transaction costs from the legal banking industry.

These types of taxes may also lower the volume of overseas remittances, which may encourage an increase in the number of persons who utilize moving significant amounts of money locally, which is a less safe method.

The Economic and Monetary Community of Central Africa (CEMAC), of which Cameroon is a member, has also proposed the imposition of a tax on voice calls, the amount of which would range from CFA10 to CFA50 (1.6-8 US cents) per call, with the proceeds from this tax being allocated to various community development projects. Officials have conjectured that the tax may be administered to exclude customers from having to pay for it.

Read: ECOWAS Holds Meeting To Explore The Role of Telecommunications And IT In Achieving Regional Development

The only other potential payment source would be the telecommunications companies themselves; however, any such taxes would almost definitely be passed on to customers in the form of increased rates.

According to the most current known statistics, Cameroon had 9.15 million internet users in January 2021, representing an increase from 7.8 million users in the same month the year prior.

Although the fixed-line broadband industry appears to have stagnated, with only extremely sluggish growth in subscriber numbers, the national penetration rate has increased from 2 percent in 2011 to 34 percent in 2021. On the other hand, the number of mobile phone consumers in the country increased from 10 million in 2011 to 24 million in 2020, which encouraged growth in internet usage.

Camtel, despite its established position, was left behind by the growth in the telecom industry and is currently seeking to make amends for this lapse. It got 2G, 3G, and 4G licenses in 2020, and in April of that year, it inked a roaming contract with a rival called MTN, which allows it to utilize MTN’s infrastructure in parts of the country where it does not currently operate.

As of November 2021, Camtel has 1.8 million subscribers, behind Nexttel’s 2.3 million users. However, both companies are still far behind the market leaders, Orange Cameroon with 11.9 million users and MTN with 11.1 million users. Camtel just recently started marketing and selling its mobile services under the new brand name Blue, and Blue sim cards have already begun to be distributed around the country.

MTN Cameroon, for its part, is prepared to test 5G technology, which will enable it to deliver more valuable services to consumers. This is in keeping with the established strategy of focusing first on market penetration and then increasing average revenue per user (ARPU) rates.

It is anticipated that consumer acceptance will start in Douala and Yaoundé. Still, there is not much that the Agency for Regulation of Telecommunications (ART) can do to spread the benefits more broadly across the country geographically. It will take some time, as is typical, for the benefits of new technology to make their way to rural areas and even to relatively large regional cities.