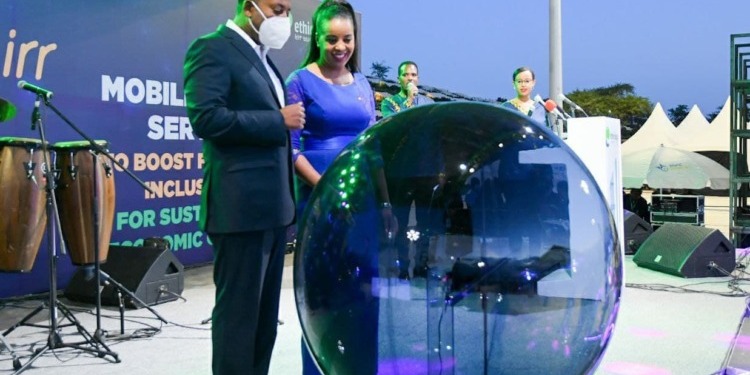 The CEO of Ethio telecom, Frehiwot Tamiru said that within its first year of operations, the telecom plans to recruit 21 million users and 33 million in five years.

by Caroline Muriuki
in Business
0
Share on FacebookShare on LinkedIn

Ethio- telecom launched a  service called ‘Telebirr’ as it seeks to boost growth by offering cashless transactions in Ethiopia.

Telebirr will allow ethio-telecom’s customers to send, store and receive money using their phones. The mobile money service aims to extend mobile services to areas that have been financially excluded.

With just 19 commercial banks which serve a population of 115 million, Telebirr will bridge the financial gap to those who do not have access to banks in Ethiopia.

The CEO of Ethio telecom, Frehiwot Tamiru said that within its first year of operations, the telecom plans to recruit 21 million users and 33 million in five years. She added that by the end of the five years, Ethiopia’s annual economic output of about 40 to 50 percent will be transacted on the platform.

The telecom has 1600 agents onboard already and will increase to more than 15,000 within 12 months to ensure accessibility and convenience of customers, she said.

“We are working with international remittance companies to launch a service that allows our customers to receive remittances easily and at a low cost, on which we are working on integration and due diligence to make it available in a few weeks. The service is of additional national benefit in rerouting 15 to 20 per cent of the grey market remittances into the formal economy. Telebirr service will play a major role in narrowing the financial inclusion gap, we are currently working to increase financial inclusion at least by 25 to 30 percent and improve the overall national financial inclusion to 60 percent,” Frehiwot added.

With the mobile banking service, Ethiopians will get better, faster and easier financial services at a lower transaction cost. The telecom said that the telebirr service will improve the wellbeing of Ethiopians by increasing savings, encouraging entrepreneurship and investments, creating a healthy flow of money and boosting the economy.

The launch of telebirr comes as the Ethiopian government prepares to sell a 45 per cent stake in Ethio telecom which is part of a broader liberalization and the auctioning of two new full-service licenses.

Ethiopia’s Prime minister Abiy Ahmed said that the government had to forego about $500 million from bid levels so as to exclude mobile money from the terms of the two new telecom licenses. The government imposed the bock so as to allow Ethiopia to build its own expertise in mobile-based financial technology. The prime minister said that the block will be lifted after about a year.

Telebirr mobile money service is delivered by Huawei and have the capacity of processing up to 100 transactions per second (TPS) and can be easily scaled up to 1000 TPS in the future.

Huawei Mobile Money has been commercially deployed in 19 countries such as Kenya, Ghana, Lesotho, Tanzania, and DR Congo, serving over 152 million users which represent 22 per cent of registered Emerging markets Mobile Money accounts.

After Kenya’s telecom Safaricom pioneered M-Pesa in 2007, mobile financial services have become an important part of Africa’s telecom business by giving people an alternative to banks.

The state-owned telecom recorded $650 million in profits from 1 July to 31 December last year due to mobile voice services and data services which recorded 49 percent and 26 percent respectively.

“Our company has conducted vast reform activities and advancements to attain its set strategic objectives- preparing for the upcoming competitive market, enhancing customer experience and satisfaction through ensuring operational excellence; deploying new and enhancement of infrastructure and systems, service availability, quality and affordability; effective resource utilisation and enhancing financial capacity. Leadership and staff capacity building and empowerment; building reputable brand were among the priorities.” The company said in a statement early this year.

Ethio telecom is in the process of giving licences to other interested telecoms to end the government’s monopoly in the telecom sector.

The battle to acquire the lucrative Ethiopian telecommunication market has narrowed down to a consortium led by Safaricom and MTN group after other nine bidders such as Etisalat, Liquid Telecom, Orange, Saudi Telecom Company, Telkom SA, Snail Mobile, Kandu Global Communications, Axian and Electromecha International Projects pulled out of the bidding process.