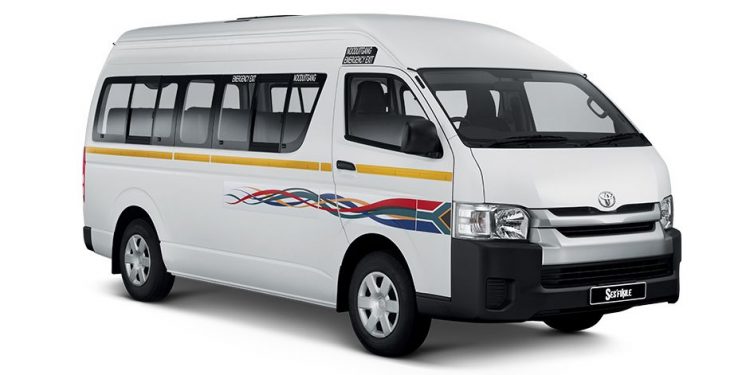 by Caroline Muriuki
in Investing, Southern Africa
0
Share on FacebookShare on LinkedIn

Toyota South Africa announced an R454m investment in the production of the Hiace Ses’fikile minibus vehicle in Durban.

The Hiace Ses’fikile minibus serves South African taxi industry which has grown to R90 billion. It is the most popular mode of transport in South Africa catering for over 15 million daily commuters and employs over 600,000 people.

Toyota’s investments entail expanding the existing production facility in Durban making its investment in Hilace since 2012 to more than R1 billion.

Speaking at the launch of the facility, trade and industry minister Ebrahim Patel said the automotive industry should prioritise local production of vehicles in line with the automotive master plan that the government unveiled in 2018.

By 2035, Toyota’s master plan seeks to achieve 1% of global vehicle production, which will increase its production from 600,000 units to almost 1.4 million units per year.

The master plan seeks to achieve 1% of global vehicle production by 2035, which will increase production from 600,000 to almost 1.4-million units per year. The plan gives the industry a target to hike local content from the current 39% to 60%.

Nomusa Dube-Ncube, Kwazulu-Natal MEC for economic development, tourism and environmental affairs said plans were underway to develop an automotive supplier park in the south of Durban.

She further added that the environmental impact assessment (EIA) on the site had been completed and that the provincial government would ensure the local communities benefited from the supplier park.

Toyota also announced an R19.6 billion investment to supply semi-knocked down vehicles to Kenya. The kits, according to Toyota South Africa CEO Andrew Kirby, would be assembled in Kenya.

The company has created over 300 jobs in South Africa.
In August this year, Toyota sold 1 578 units of Hiace Ses’fikile which is more than most passenger cars sold in the country.

Toyota South Africa has strengthened its position as the largest vehicle manufacturer and exporter with its production of Hilux, Fortuner, Hiace Ses’fikile and Corolla models together with its entire range of Hino trucks.

Toyota’s made-in-South Africa are currently exported to 57 countries with the Ses’fikile and Hino-ranges exported to neighbouring Botswana, Lesotho, Namibia and Swaziland.