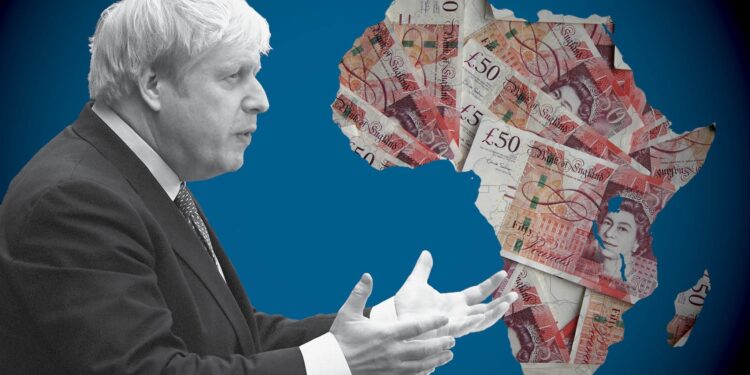 All the investments the UK has made to address these same issues have not borne fruit, especially for the majority of poor in Africa.

by Njenga Hakeenah
in Africa's Development, Investing
0
Share on FacebookShare on LinkedIn

On January 20, the second Africa Investment Conference was held in what the UK government said was a bid to strengthen economic ties with African countries.

What is of much more interest than the event itself is the UK’s proclamation that it is seeking to strengthen its position as the continent’s preferred investment partner for greener, climate-friendly initiatives.

As usual, Anne-Marie Trevelyan, UK’s Secretary of State for International Trade, said that the event aims to unlock millions of pounds in new investment, particularly in renewable energy industries in the UK and Africa.

The irony is that despite all the unlocking of these pounds over the past several decades, there is nothing much to show for it on the African continent. This is especially so in countries once colonised by Britain.

The irony of the UK’s new promises, plans

As has happened with many other talk shops on matters of development and trade in Africa, Trevelyan sought to explain to WTO Director-General, Dr. Ngozi Okonjo-Iweala that sustainable trade and investment are essential for lowering global inequality, boosting economies, rising incomes and generating employment.

All the investments the UK has made to address these same issues have not borne fruit, especially for the majority of poor in Africa.  Questions regarding the UK’s investment in Africa abound since it seems that most of the funding is misguided. Is there anything different this time around?

UK Prime Minister Boris Johnson said that British businesses would support Africa to flourish with the green industrial revolution. The irony of this is that the UK hosted COP26 in Glasgow last November. The outcomes were disappointing for Africa which suffers the brunt of climate change.

While partnerships are necessary for development, the type, objectives, and interests of the participants are critical elements in deciding the outcome. Africa’s interests have always come last.

The partnerships for development are essential to addressing Africa’s development issues and trade growth. But there are too many conditions, usually. These include impositions in development cooperation for Africa.

Historically, Africa has been disadvantaged at the behest of the Crown. What is new this time around?

Because of the context of Africa’s attempts to build development partnerships, any new moves should have a degree of public policy objectives whose outcomes are benefiting the majority and not a clandestine group of well-connected individuals.

But is this the case?

Looking at the continent’s African Continental Free Trade Area (AfCFTA), it is interesting to see that the UK is the first non-African nation to sign a Memorandum of Understanding with the trade agreement.

The question that begs is whether the UK was quick to jump into this to derail the agreement which opens Africa’s trade to its 1.3 billion people. The UK is among the biggest beneficiaries of inefficiencies in Africa’s trade governance and the AfCFTA could upset this.

In Kenya, the biggest producers of export products are either owned by the Crown or by British aristocrats.

In the guise of enhancing trade between Kenya and the UK, trade deals are always signed to benefit a select few while many deserving producers will not be able to sell their produce in the UK due to bureaucracy.

During the virtual conference, Uganda President Yoweri Museveni noted, “the United Kingdom (too) is alive to the promise of African unity”. Museveni said that colonialism has limited African countries from trading as they should.  He said that in the past, countries have worked individually with non-African nations with the infrastructure geared toward extraction of commodities and export.

The Pearl of Africa’s leader rightly highlighted that Africa’s intra-continental trade is the least developed in the world.  The AfCFTA offers Africa a US$3 trillion market. This market is not just in dollar value but, from another perspective, it gives the continent more bargaining power with foreign nations like the UK.

Museveni said, “Post-EU departure, the UK has revealed new-found determination to build positive trade relations back in Africa — and, rightly, to do so continent-wide.”  He called on African nations to reject short-term incentives and speak in one united voice.  “Only then can it avoid the iniquitous terms that have stifled the continent’s development and industrialisation,” added Museveni.

He also called out on the arm-twisting tactics by foreign nations saying Africa should stand united to push its agenda.

Museveni has challenged African nations to not sit back waiting for global powers or blocs to bring their own agendas but that Africa must be proactive in setting out its negotiations “red lines”.

On the other hand, these foreign nations must be reciprocal and attempts to inveigle African nations into skewed bilateral trading terms should be rejected. Museveni cited the EU’s economic partnership agreements which forced African countries to open to European exploitation while, on the contrary, Europe closed its doors.

Africa has since 1885 been bombarded with supply contracts for its raw commodities in what was disguised as partnerships. Since Africa has not had the market access required to export without conditions, there have not been incentives to add value to the raw materials it has been producing.

Again, the opportunity for job creation has been suppressed which has led to multifaceted challenges especially for those who seek greener pastures in Europe by risking their lives in dangerous land and sea crossings. Thousands of Africans, at least the known ones, have perished at the hands of modern-day slave traders and at sea attempting to get to Europe. Europe which has left Africa disenfranchised with its lure, afforded by years of exploiting Africa, is out of reach for many thus the deadly crossings.

The UK is the second-largest G7 investor in Africa and in 2020 the European nation maintained £2.5bn as trade surplus.

These impressive numbers are discordant with the African continent’s 55 countries.

In its entirety, Africa only accounts for a tiny 3 per cent of the UK’s imports. This is a mind-boggling trade deficit that disadvantages Africa. The UK’s largest share of investment in Africa is put into extractives where mining accounts for 43 per cent while only 1 per cent goes to manufacturing.

While on paper the UK cares for Africa and its burgeoning and unemployed youth population in reality it is robbing the same disadvantaged lot it feigns to care for in the glare of cameras. But, nature has a way of balancing itself.

The reality for the UK is that what it has been doing can no longer continue successfully.

Leah Lynch, Deputy Editor of Development Reimagined says that the UK’s approach to investing in Africa as it has been is unsustainable. She says that the approach is “hardly in line with Africa’s growth ambitions”.

By eliciting such a pessimistic reaction, Lynch only touches on a reality that the UK is probably not ready for. And just as Museveni rightly said, the AfCFTA gives Africa more bargaining power with foreign nations like the UK.

The UK, at this time, is not privileged for an automatic front row seat in dictating what works or does not for the continent. Maybe it is time, for once, that the subjective approach towards Africa is thrown to the back burner.