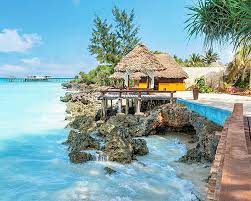 Over 50 mini-islands open for aqua-investment 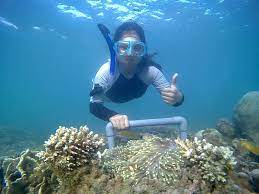 The Spice Islands of Zanzibar are world-renowned for their white sandy beaches and colourful coral reefs. If there is a five-star hotel investment, it will no doubt, be found on the island.

Now the Island’s President Mwinyi has announced plans to allow investment on more than 50 of the island’s surrounding islets.

The Zanzibar government has issued express interest to rent out the more than 50 islets surrounding the main archipelago to investors in the marine tourism sectors as well as the catering and hospitality sectors to invest in eco-friendly investment on the islets without compromising on the safety of the ecosystem.

What is envisioned is an investment that will bring foreign exchange to the island yet maintain the pristineness of the environment.

The investment process will be based on a tendering system that will allow the highest bidders to win the investment tenders.  It is also expected that key environment conservation clauses will play a central role in the investment selection.

The Island is applying aggressive marketing and investment strategies to attract both domestic and foreign investors across a score of economic sectors. Other than the much-appraised tourism sector, the island is also looking to get investment in light industrial production as well as in the aquaculture sector, a sector that has enormous potential for the island yet remains largely under-utilized.

To tap into this and other high return sectors, the island is working hand-in-hand with several investment agencies along with their counterparts in neighbouring countries where they hope to adopt already tried and proven effective strategies to attract investors.

To date, Zanzibar has registered some 1,115 investment projects. According to island officials, of these, over 800 projects are already underway and represent a whopping US$7.6 billion. Notably, of these, more than half (58.1 per cent) are in the tourism sector.

Of the said projects, the government envisions creating close to 60,000 jobs over the course of their implementation.

In this regard, President Dr. Mwinyi has reasserted the need for the island to conduct a national census promptly.   The president made a public announcement placing the expected census to be carried out sometime late next year, tentatively in August 2022, explaining that the population census is key to the collection of vital statistics that the government needs if it is to conduct development plans effectively.

Underlining the president’s remarks, Zanzibar Census General Commissar, Anna Makinda said preparation works for the planned census are well underway.  According to her, the 2022 census will use digital data entry and will not only account for people but also for buildings as well.

Over the past 20 years, Zanzibar has enjoyed strong and positive growth of the private sector, and along with it, or in part because of it, the island has also enjoyed exceptional growth of foreign private capital (FPC).

“The statistics on FPC values speak for themselves, though concentrated in a few activities, in particular those related to tourism. These achievements have been accelerated by policy formulations and reviews, which have focused in reforming the economy and improving the business environment,” reads the Zanzibar Investment Report on Foreign Private Investments.

With record levels of FPC and a growing competitive investment environment now the island is working to put greater emphasis on diversification of the economy for more sustainable economic growth. These efforts are well stipulated in the Zanzibar Development Vision (2020), which is implemented by the Zanzibar Strategy for Growth and Reduction of Poverty (ZSGRP).

According to the report, foreign private investment (FPI) in Zanzibar increased by 7.9 per cent from 2016 with FDI accounting for more than 90.0 per cent of investment inflows and stock. The structure of FDI is such that financing mostly originates from loans, equity and investment fund share.

The Organization for Economic Co-operation and Development (OECD) and Southern African Development Community (SADC) dominate the FDI profile. The inflow from the two regions amounted to US$75.4 billion in 2017. The UK dominated in respect to investment inflows and stock in the OECD grouping, while South Africa dominated in the SADC region.

As can be expected, accommodation and food services activity generated most of the employment, accounting for 72.0 per cent in 2017. FDI inflow to agriculture, finance and insurance generated the lowest employment levels, accounting for 0.7 and 0.6 per cent of the total share.

Generally speaking, the Tanzania Investment Centre set a target in 2016 of attracting $5bn in FDI inflows by 2020. UN Conference on Trade and Development (UNCTAD) data shows FDI inflows dropping from $1.5bn to just $864m in 2016, and only slightly recovering each year since to reach $1.1bn in 2019.

As for the Isle, President Dr. Mwinyi is vouching not only for foreign direct investment from abroad but also from the East African region.

Speaking during the CEO Evening Round Table Engagement dinner on EAC regional integration convened by the East African Business Council in June this year, Dr. Mwinyi said the island was open for investment in diverse sectors including deep-sea fishing, ports infrastructure, marine transport, petroleum and gas, and tourism.

“Zanzibar also requires heavy investment in modern agriculture, real estate and conference tourism.  Investment in these sectors will spur business within the East African Community in addition to increasing national revenue and improving the lives of the people of Zanzibar,” the president said.

Now with the pandemic, reaching set targets for FDI is harder but the government has taken sound policy measures to cushion the economy and though slow, the country, the island of Zanzibar included, is enjoying steady economic recovery and growth.

A house must have a second door, a back door for business, says Mr Kakoko

Approved Project by Capital and Employment, 2020