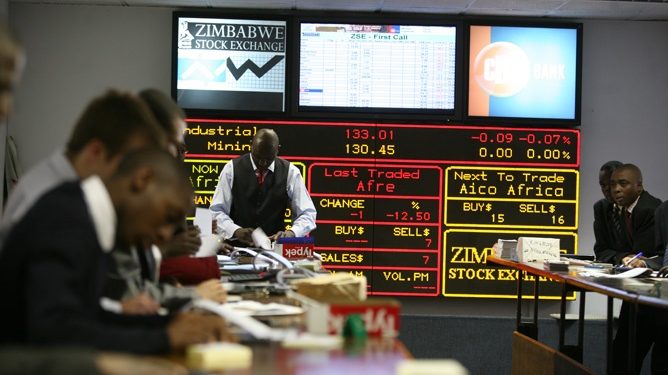 Zimbabwe has been here before, and the current sequence of events reads like a script from the same old playbook.

The Zimbabwe Stock Exchange announced through a press release that the circuit breaker bands will be reduced from +/-20% to +/-15% for counters priced over $1 and +/-100% to +/-20% for those priced below $1. They also instituted a trading halt where the All Share Index moves more than 10% (either way) in one trading session. What it simply means is that the ZSE now has much more sensitive circuit breakers than before.

Previously, the ZSE had a 20% circuit breaker limiting intra-day gains and declines to contain crashes and speculative jumps.

In a statement last month, ZSE Chief Executive Officer, Jason Bgoni said, “The Zimbabwe Stock Exchange Limited (ZSE) would like to notify all stakeholders of the following operational changes with effect from 3rd of May 2022.”

Bgoni said that the changes had been necessitated by a benchmarking exercise undertaken by the ZSE against other comparable stock exchanges in the region and beyond. He further said that the ZSE will continue to review its operations in line with market developments.

Circuit breakers are measures implemented by exchanges when they consider price movements to be overly volatile. They can take the form of a trading suspension or limiting buying and selling of securities within a specific price range. Circuit breakers are a fail-safe measure aimed at curbing panic selling on stock exchanges.

Jurisdictions and stock exchanges have their own rules for what circuit breakers entail when they kick in, and for how long they are in place. Circuit breakers are triggered based on slightly different parameters on various exchanges, with trading suspended anywhere between 5 minutes – as is the case on the Hong Kong exchange – or an entire day.

New York Stock Exchange President Stacey Cunningham told CNBC that circuit breakers are a precautionary measure that can slow down for a minute.

The circuit breakers “are designed to slow trading down for a few minutes, to give investors the ability to understand what’s happening in the market, consume the information and make decisions based on market conditions,” she said.

A circuit breaker functions in the trading world the same way it does for electrical circuits in a home. When things get overloaded, it kicks in and shuts down the circuit.

According to NASDAQ, they can be halted for extreme movement in either direction, “limit up” or “limit down.” Circuit breakers for the stock market were first put in place following the massive market crash in 1987 when the Dow lost 22.6% in one day.

According to the Zimbabwe Mail, as a rule of thumb, whenever the Zimbabwe Stock Exchange goes into the supernova as if on steroids, all is not well in the motherland. The local bourse has been rising, like pension funds, insurance companies, and retail investors alike, scurrying toward equities as a hedge against both inflation and the potential risk of their bank balances, commonly referred to as “RTGS”, becoming worthless. This past week saw the stock exchange rising to its highest levels ever, achieving a market capitalization of $3 trillion.

Between, 2003-2005, the Zimbabwe Stock Exchange was a speculator’s paradise. Over the past two years, we have seen more and more people take part in the buying and selling of shares. Unfortunately, this increase in participation paired with the sharp rise in black market rates has resulted in market volatility.

These numbers, much like the ones witnessed last week when in a panic gripped buying spree, share prices soared to astronomical levels, leading circuit breaker regulations to be enforced as several stocks breached the 20% single daily gain limit. Again, just like during the Zimbabwean dollar stock market mirage, much of this value, not backed by fundamentals will disappear as the market self-corrects at some point.

Meanwhile, ZANU PF spokesperson and investment analyst Ambassador Christopher Mutsvangwa said currency volatility is being caused by rogue companies who are abusing the local bourse. He made these statements during a virtual discussion in the Southern Africa Political Economy Series on the ‘difference between rhetoric and reality, a debate on the future of the Zim dollar, the soaring prices, rising inflation, and the economic situation in general.’

“the biggest corruption in this country has come from abuse of the Zimbabwe Stock Exchange where some firms are taking hard currency from Zimbabwe and taking it to the West,” he said.

“We cannot have a situation where a stock exchange is performing better than the economy of that country. If that happens in other countries, including the United States, it is simply closed,” he added.

In 2020, Zimbabweans were banned from legally transferring capital out of the country by buying dual-listed shares on the ZSE for local currency and selling these for forex on other exchanges where the same shares are bought and sold.