The case for peer-to-peer insurance

Investopedia defines the peer-to-peer (P2P) insurance model as a risk-sharing network where a group of associated or like-minded individuals pool their premiums together to insure against a risk.

by Opinion
in Corporate Suite
0
Share on FacebookShare on LinkedIn

Modern insurance companies operate in much the same way they did from ancient times when insurance was first introduced. English sea-faring merchants would pay banks to cover them in case of a shipwreck and if the ship returned safe from its journey the bank would keep the premiums. A premium so paid covers the cost of insuring the individual and provides assurance to the insured that in the event of a loss he/she will be covered.

Investopedia defines the peer-to-peer (P2P) insurance model as a risk-sharing network where a group of associated or like-minded individuals pool their premiums together to insure against a risk. This model basically digitally joins together people with similar insurance needs who then pay into one insurance pool because P2P insurance lets you select your insurance pool which could compose of friends, family members, or simply people with whom one shares interests and activities.

This differs from the traditional insurance model in which a large group of individuals with varying risk levels are covered under the same plan. The insurance company uses the profile information provided by each of these individuals to create a risk analysis of the individual. Information such as age, hobbies, and medical history are used to determine the premium that each policyholder would pay. The individuals in this case neither know nor care who else is in their risk profile. In a traditional insurance model, individuals under the same plan have different risk profiles with the low-risk members paying less in premiums for the same type of coverage. If one or more members experience a catastrophic event, funds from the pool so created are used to cover the affected party. The insurance company retains the amount of excess in unpaid premiums from the pool at the end of the coverage period as part of its revenue. Profits therefore form the incentive of these insurance companies. The insurance company will also use every excuse in the book to not pay a claim

In the P2P model, the individuals by selecting where to belong to and who to get insured with in a group assumes responsibility for the group’s risk profile. By this act alone it motivates the individual to belong to a pool that is a low-risk in terms of exposure to insured risks and hence low cost for him. At the end of the period there will be substantial amount of unused premiums and instead of keeping the unused premium funds as profits like traditional insurers do, P2P insurers return any remaining funds at the end of a coverage period to the pool’s members. If by chance the claim payouts exceed what’s available in the pool during a given coverage period, reinsurers who assume part of the risk in exchange for a share of the insurance premiums, will cover the difference.

One of the major benefits of P2P insurance as compared to the traditional insurance is the transparency offered because all members to a pool know one another and even know when one of them gets a claim. The joining requirements to a pool are clear and members are conversant with who is joining the group, who is making a claim and how much is left in the pool. The traditional insurance model has firms which have a vast number of rules and regulations when one wants to join. In the process they have huge operational costs to back up these policies shooting up the cost of getting covered. P2P on the other hand, is simple and has minimal regulations. The cost of operation is also minimal since the groups usually comprise only a few individuals.

Also Read: Why do we award insurance companies?

Under the P2P insurance model, claims procedures are easier involving fewer processes. Payout is also made within minutes since it is often digitized. Traditional insurance payments could take months or, in some cases, years. The payment process might not be digitized and involves a lot of paperwork. A client must prove loss, undergoing a rigorous process before the insurance provider determines the value of the loss. P2P insurance pool may know each other well and they will be well aware of incidences that require claims so a member will not have to wait long for payments.

P2P insurance charges lower premiums than traditional insurance because it has fewer running costs. In some cases where the members are few insurers may not need employees or even an office. These costs significantly reduce the premiums members need to pay.

Where P2P insurance is being practiced as in developed economies, it has already disrupted the insurance marketplace because it is offering better premiums and policies for insurance buyers. Though their market share is still small, it’s likely that P2P companies will grow in the coming years. Although there are still challenges ahead such as regulation, there’s every reason to believe that P2P insurance is here to stay. It would work very well in this country where people believe in group pooling of resources for their various needs and it is only a matter of time before this model becomes the one to go to if one needs insurance noting the many problems our insurance industry is going through plus the poor regulation.

Also Read: What is to “claw back” in insurance parlance 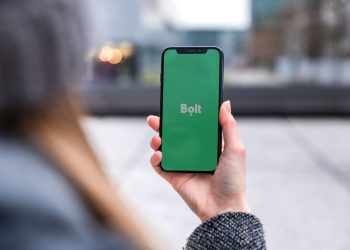