In addition to the tragic toll on human lives, the coronavirus outbreak in China brings potential economic and market implications for China and beyond. Franklin Templeton Emerging Markets Equity team has been monitoring the situation and weighs in with some thoughts, comparing it to the outbreak of SARS in 2003.

We are closely monitoring the impact on emerging market economies and equity markets from the outbreak of the coronavirus in China and other parts of the world. The situation is at an early stage and is evolving quickly. Both market and macro implications depend on the severity and duration of this epidemic episode.

What We Know So Far

Our View of Economic Impact of the Coronavirus

We at Franklin Templeton think the current events will have a negative impact on sentiment as well as the economy in the short term. In China and Asia, near-term business activity and consumption will likely be significantly impacted as people curtail their movements as a preventive measure. This could result in a materially negative growth print. Our teams on the ground report that people in China have been canceling travel plans, social interactions and outings, leaving restaurants, cinema theaters and hotels empty. There is much-reduced traffic in the transport hubs that are still in operation.

Consumption is a meaningfully more important contributor to the economy than it was in 2003 at the time of the SARS episode, and now accounts for over 70% of China’s gross domestic product (GDP) growth (versus less than 40% in 2003). This leads us to believe the drag on the economy may be more severe in magnitude than what we saw in 2003. However, a recovery may not be as speedy, as China’s economy is now not only much larger in size but also growing at a more modest rate than the double-digit rate experienced 14 years ago.

Sectors such as travel, leisure, retail and select sub-segments of discretionary consumption will likely be directly impacted in the near term. As China has become an integral part of the global supply chain, any further extension of factory closures would raise risks related to temporary supply chain disruptions for multinational companies.

As we believe China’s economic growth will likely be affected for at least one or two quarters, the government may respond to a slowdown in the economy through stimulus measures such as interest rate cuts, or measures to encourage infrastructure spending and/or boost consumption. In the very near term though, the government’s efforts will likely remain focused on containing the spread of the virus.

While we monitor the situation, we currently believe the long-term growth outlook for China and Chinese equities remains unchanged. The mass adoption of technology, rising consumption and premiumization (rising consumer demand for premium goods), manufacturing upgrades and government reforms should help the country emerge from this challenging period stronger and more self-reliant, with multiple pillars of economic support.

Likewise, we remain sanguine about the prospects for Asian equities in the long run, with a focus on quality names with sustainable earnings power.

Our View on the Market Implications

In sum, the situation remains fluid and is expected to worsen in the near term. The rapid development of the 2019 coronavirus has brought some uncertainty to the near-term global growth outlook. However, in our current assessment, downside risks are biased toward the short term, while our long-term market and economic outlook remains intact.

The above are views of Franklin Templeton Investments South Africa 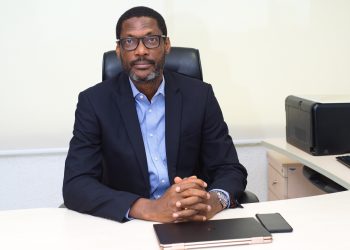