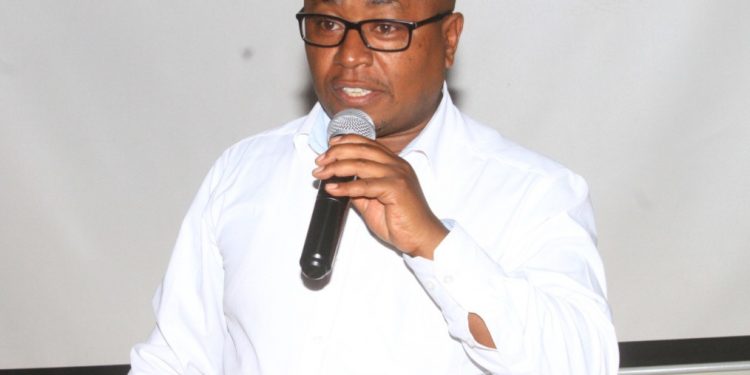 The storm inside Kenya’s insurance sector

by Opinion
in Kenya, Opinion
0
Share on FacebookShare on LinkedIn

In the year of our Lord Two thousand and Eighteen, the Treasury Secretary Henry Rotich strode to parliament carrying the characteristic brief case just in time to read the twenty eighteen-twenty nineteen budget. That was in the month of June.

Expectations were high, that the prices of various basic commodities would reduce, and that we in the insurance industry would get the much needed relief and create an enabling environment to do business.

We quickly instituted an emergency meeting to look at what could have prompted the Treasury department to come up with such proposals, even while noting that Section 156 of the Insurance Act catered for that.

It was agreed that the insurance intermediaries, to which this was addressed, were to quickly come up with a counter proposal and present to Parliament when the issue would come up for debate after the Second reading of the House.

We got busy and borrowed our counter proposals from the same document Insurance Regulatory Authority – IRA- had borrowed from in their advice to Treasury, that is, the International Association of Insurance Supervisors ( IAIS) which adopts Insurance Core Principals (ICP’s) that provide a globally accepted framework for the supervision of the insurance sector.

The proposals in the budget aimed at deleting the whole of Section 156 of the Insurance Act instead of repealing certain subsections and which we felt would provide a more sober approach to the issue of premiums handling by the intermediaries.

We felt that the proposals as fronted by Treasury would negatively affect insurance penetration in this country. We also noted that there was no stakeholder involvement in this proposal and it caught everyone by surprise.

We would have preferred that a penalty be introduced in Section 156 to address the issue of any embezzlement of premiums.

We were happy when our proposals were accepted by Parliament which saw the bigger picture and that the issue of insurance penetration was tantamount in any decision that Treasury was to look at.

That was until the matter came up to the President for his assent to our recommendations and which he refused to assent. What that means is that premiums handling is going to be a criminal offence. Not embezzlement as would have been expected, but the mere touching of a client’s cheque will be a criminal offence.

That is responding to a mosquito bite with hammer. The only reason the President gave for refusing to assent to our proposals was that by allowing for the handling of premiums by intermediaries, which they have always done anyway, it will negate the principal of Cash and Carry which will in turn affect the ability of companies to pay claims since most of the premiums will be with the intermediaries.

At this point it would be good to point out that over ten insurance companies in Kenya are not paying claims, whether by default or otherwise.

There’s no single company that has complained of delayed premiums or in effect named any of those that could be delaying their premiums. They are simply not paying claims because they have mismanaged their finances. In any way the Insurance Act is very strict on the non-payment of premiums by intermediaries’ and their licenses are at stake should one fail to pay.

It is also important to point out that since the entry of banks into the insurance field a lot of bad blood has been created, mainly caused by the banks encroaching on and forcing our clients to take up insurance with them.

Our cries to IRA have gone unheeded even when we point out that they are doing insurance business in unorthodox manner. But then banks cannot let go of insurance broking at all because it has given them free money to trade with in form of premiums.

Banks never remit insurance premiums to insurance companies unless when forced to do so. Any insurance company doing business with a bank can attest to this. They simply do not follow the insurance rules as stipulated.

Why they are never penalized or chastised is anyone’s guess. The only gainers of this action by the President is the banks because insurance will only be done by them and from past experience they will not follow the rules laid down by IRA.

We also know the owners of banks in this country are the politically connected and who ride roughshod over everyone.The import of the President’s refusal to assent to the Insurance (Amendment) Bill 2018 has a number of grave implications.

There’s practically no one in this country who doesn’t know of an insurance agent and over ninety per cent of the insureds have interacted with an agent at a point in time. By criminalizing premiums handling, it will become impossible to do insurance business as it is akin to selling your wares while you have closed the door. The many thousands of intermediaries will have to look elsewhere for a job.

Why is the government creating unemployment and going against their Vision 2030 objectives?

Another culprit is insurance broking. Insurance brokers play a very big role in the growth of insurance and are mainly owners of corporate business.

The higher the growth of insurance in this country, the higher the country will earn the much needed revenue, but this government seems to shot itself in the foot by this bill.

How risk-based pricing can help borrowers, lenders in Kenya

Over 8 million Vodacom M-Pesa customers to share in $11.718 million profit