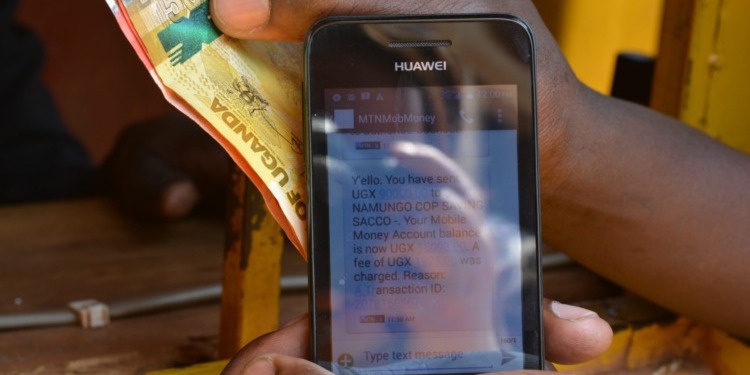 Tanzania has one of the world’s largest in mobile money transactions (more than 256 million transactions in 2020).

by Padili Mikomangwa
in Premium, Tech & Business
0
Share on FacebookShare on LinkedIn

Mobile money is still king in Africa and will be so for long. With more than 548 million (up 12 per cent) registered accounts attached to a 27.4 billion transaction volume worth $490 billion, Africa stands to draw billions from mobile money and transform its economies significantly (GSMA 2021).

Thanks to financial technology (fintech) which has accelerated financial inclusion in sub-Saharan Africa, now more than ever, the unbanked population in rural areas of Africa can access financial services seamlessly, even during the coronavirus pandemic’s harsh times.

Today fintech technologies are challenging traditional financial services, particularly banks in Africa. This has forced banks to adapt to the new game brought by fintech aggregators, including fusing their services to mobile services and banking agents.

Taking exhibit A, Tanzania—one of the fastest economies in Africa and one of the world’s largest in mobile money transactions (more than 256 million transactions in 2020), mobile money services are now integrated into the normal socio-economic parameters of day-to-day life.

In East Africa at large, mobile money has been drilled down deep and it has become a central piece in the digital economy, and a pioneering emblem in the global market.

According to a February publication by The Citizen, the region has 1,106 registered mobile money accounts for every 1,000 adults, compared to 600 for the whole of Africa, 533 for Asia and 245 per 1,000 adults for Latin America and the Caribbean.  The report argued that the spike in penetration is attributed to adults who own one or more mobile money accounts.

Tanzania, Uganda, Kenya, and Rwanda are noted by Africa’s Development Dynamics authored by the African Union (AU) in collaboration with the Organization for Economic Corporation and Development to be the most leading nations for mobile transactions—attributed by stringent policies and sound investment in mobile money infrastructures.

As fintech becomes more inclusive financially, it paves the way towards normalizing digital economic services. The mobile money market in Africa proved to the world that not even the deadly pandemic would shake the industry—as regulators kept mobile money growing.

“By the end of 2020, sub-Saharan Africa accounted for 64 per cent of all mobile money value transacted globally, reaching $490 billion for the year, an increase of 23 per cent from the previous year. The region was also witnessed a rise of 53 per cent of all monthly active mobile money accounts” according to a publication by FinDev Gateway.

Think tank institutes such as Brookings bring various arguments that pin that mobile money in Africa has opened doors for low-income households, as more promising investment trends are forecasted to emerge from the fintech industry in the region.

Mobile money is here to say

In terms of numbers, buy-in in the mobile money market might be heading towards a prosperous pathway, as technological advances are making operations easy for service providers and customers.

McKinsey and Company, point to the mobile money industry in Africa to be an important component of Africa’s financial services landscape.

During the pandemic, African governments demonstrated different monetary policies to shield the economy and more importantly mobile money portrayed its strength well, especially in East Africa, one of the world’s competitive fronts.

In 2020 the central bank of Tanzania brought various measures to facilitate financial sector stability by promoting the mobile money industry performance, by boosting the daily transaction limit to customers from about $1,296 to more than $2000, which will ultimately serve to increase customers’ use of digital payment platforms.

However, in July 2021 things changed in Tanzania, as an uproar emerged after the government raised mobile money tariffs after a new levy—the ‘Patriotism Levy’ was introduced intended to boost the government’s funds to curb pressing financial holes caused by the pandemic.

This sent shock waves to the industry, as the former CEO of Vodacom Tanzania—one of the leading mobile money providers in the country—said people were stopping using mobile money accounts after the new tariffs were introduced.

Taking a deeper look into Tanzania, it is seen that the mobile money industry holds a crucial value to the economy, as in September 2021 the government was forced to reduce the levy by 30 per cent, while mobile service providers unanimously agreed to cut down mobile money interoperability rates by 10 per cent.

Numbers say it all; the short-lived levy managed to gather more than $20 million for the government of Tanzania and proved to the world that governments in Africa are eyeing the mobile money industry as it holds a wealth of potential for expansion and contribution to the development of their respective countries’ financial inclusion for the masses.

At the same time, the role of providers cannot go unnoticed as they provided essential service to the public during the pandemic, making it easier for people to engage in the service while taking precautions.

According to Findev Gateway, an independent knowledge platform, Africa saw the number of active agents grow by an impressive 24 per cent, from 1.9 million agents by end of 2019 to almost 2.5 million by the end of 2020.

Further on that, regulatory responses taken in West Africa are argued to be responsible for making remote digital payments stand stronger.

The digital payment industry in Africa is featured with different regulatory parameters, such as price controls and fee waivers, which could mar the development of the industry, by excluding the unbanked population as argued by FinDev Gateway.

According to African Business, Africa is the second-largest banking market in the world, in terms of growth and profitability as rapid adoption of new technology becomes the new normal.

International remittance via mobile money has made the industry become more relevant and pose a healthy competitive mark towards banks. During the pandemic digital remittances increased significantly, as remittances sent and received via mobile money in sub-Saharan Africa increased by 52 per cent year-on-year, reaching a total of $10 billion in 2020 (FinDev Gateway).

Forecasts point out that the value of international remittances via mobile money in sub-Saharan Africa can surpass $1 billion a month by the end of this year.

The resilience of mobile money during the pandemic, especially in some developing economies such as Tanzania, shows that the industry has seeded its roots deep into the belly of the region’s economy. It is a matter of time for the industry to become a crucial core part of the economy of the continent, as it is for agriculture, mining and trade.