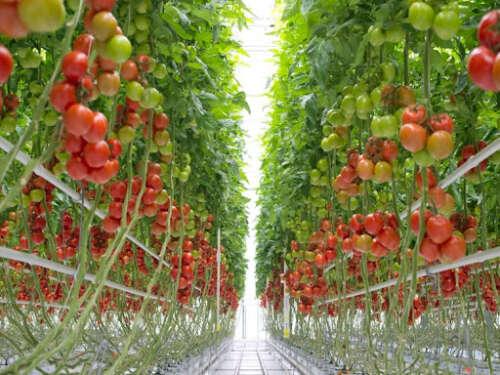 Tomato farming in a greenhouse in Kenya

Despite pockets of success, however, East Africa’s agribusiness sector has hardly reached its full potential, with production struggling in some places to meet rising local and export demand or to compete efficiently in a global marketplace.

The East African region is primarily agricultural-based with the sector contributing an average of two-thirds of GDP and providing jobs to the majority of citizens. It is a key tax earner for governments and serves as a solid base under which the region’s industries are based. Agribusiness contributes about 25 per cent of Africa’s GDP and a staggering 70 percent of its employment.

Global food demand is expected to increase by somewhere between 59 percent and 98 percent by 2050 as the world population reaches an estimated 9.7 billion.

The East African region is a source of major global products and a key mover in global agricultural trade. Tea and coffee are major crops in the region. Kenya, Uganda, and Tanzania have been leading in these two commodities, but Rwanda has made inroads specializing in specialty products. Kenya and Uganda are key producers of both flowers for export and horticultural products and are key producers for the global market chain.

The region has been attracting significant investments from foreign investors over the years as it modernises its production. The majority of start-ups in the tech scene have been agriculture-related under which millions of dollars have been shipped to shape the industry. Some of the biggest wheel-dealers in this sector include Twiga Foods.

AgTech is attracting investment from non-traditional sources like wealthy individuals and private equity firms, who have invested US$425 million in East Africa in 2015-2017 (up from almost zero in 2001-2002!). Of this, 62% was seed capital for new ventures, with the remainder for early start-ups.

Investors have largely focused on Kenya, which received 64% of the funding, followed by Uganda (26%), Tanzania (6%), and Rwanda (3%). South Sudan and Burundi make up less than 1%.

But while agriculture is still often referred to as an ‘old person’s job’, the growth of mechanization, biotechnology, nanotech, and digitalization are changing agricultural production, with greater interactions than ever before with manufacturing and services.

With the growth of intra-Africa trade, agricultural goods and services are the main movers of this trade with goods crossing these borders. There have been issues, especially where a country must protect its market from flooding of exports. However, the intra-region trade in agriculture has been instrumental in reducing food shortages.

Despite pockets of success, however, East Africa’s agribusiness sector has hardly reached its full potential, with production struggling in some places to meet rising local and export demand or to compete efficiently in a global marketplace.

In this issue, we look at how the region has been attracting foreign direct investment in agriculture and agribusiness and how it is experiencing changes over time.

Kenya has been the centre of local and foreign investments in agriculture. It has one of the most developed agricultural-based industrial muscles in the region with agro-processing factories spread throughout the country. The product range includes coffee, sugar, tea, horticultural commodities, cereals, dairy, and grains.

However, these industries are always in hot pursuit of foreign-produced commodities which incidentally arrive at a lower price compared to locally produced commodities. This has often led to a trade dispute with neighbouring countries as they tend to disrupt small scale producers who have little or no subsidies. Some of the disruptive products include rice, wheat, maize, dairy products, and other livestock products like eggs.

With the appetite for processing agricultural goods cheaper, this has resulted in farmers opting for greater financing to improve their production. Agri-business already attracts 20% of total FDI to the region, which shows its huge investment potential. This has come even at a time when there is a reduced investment by the government in agriculture.

Read also: Tea export earnings up to $73 million from $52 million(Opens in a new browser tab)

A report by the Kenya Bankers Association’s Centre for Research on Financial Markets and Policy public expenditure on agriculture as a percentage of total expenditure stalled at between three to six percent between 2000 and 2015, much below the ten percent target set by the Comprehensive Africa Agriculture Development Programme (CAADP).

At the production level, Kenyan farmers have endeavoured to produce quality products to meet local consumption needs, especially on the fruits and vegetable front. These include investing in quality and technologically sensitive agriculture like improved breeds, installation of greenhouses, and targeting specialty products both for local and international markets.

Large-scale producers, on the other hand, have been able to attract high-end investors to produce products, mainly for export. The total value of horticultural produce exported in 2018 increased by Ksh38.358 billion from Ksh115.32 billion to Ksh153.68 billion, representing 33.3 percent compared to the value in 2017. Since 1974 the value of Kenya’s horticultural exports has increased fourfold in constant dollar terms, reaching US$167 million in 2000. As a result, horticulture has become the third-largest source of foreign exchange after tourism and tea.

The ‘new’ commodities on the fold like fruits and vegetables have performed better than traditional commercial crops like tea and coffee, which have received neglect and fall in prices. Kenya’s coffee sector has long been undergoing difficult times as competition from other countries makes the sector less attractive. The same can be said of tea which has been affected by middlemen and fall in global prices.

Agriculture accounts for 26.7 percent of Tanzania’s GDP and employs the majority of the nation’s population. Opportunities exist for agriculture businesses across domestic, regional and international markets, for both traditional and new products. The Tanzanian agriculture market is projected to register a CAGR of 3.5% during the 2020-2025 period.

Tanzania remains a food paradise with vast productive regions across the country, producing enough to feed its population and export. The most intensive cultivation is in the Kagera, Kilimanjaro, Arusha, Kigoma and Mbeya regions, where smallholders and the few larger commercial enterprises grow bananas, coffee and a wide range of vegetables. Most of the food produced in Tanzania is consumed in Kenya, Uganda and Southern Africa.

During the peak of Covid-19, Tanzania’s president John Magufuli encouraged Tanzanians to up their agricultural production and meet the gap created after other countries announced lockdown. Agricultural exports comprise around 30% of total exports and 65% of inputs to the industrial sector.

Tanzania’s range of products includes vegetables, cereals, coffee, tea, cocoa, and fruits. 80% of Tanzania’s residents live in rural areas and work primarily in the agricultural sector. However, there is a growing portfolio of successful Tanzanian businesses, which is helping to attract investors and new enterprises.

The current FDI flow into agriculture remains very low compared with other sectors, averaging about 5 percent of total inflows in the past few years. However, government policies have made it hard for foreigners to farm in the country. Reforms in the agriculture sector have been undertaken to pave the way for private investment in production and processing, input importation and distribution, and agricultural marketing.

The agricultural sector continues to be the most important in Uganda; it employs approximately 72% of the population and contributes about 32% to the GDP. However, productivity is limited by reliance on natural weather conditions and widespread use of traditional methods and equipment.

Uganda is among the leading producers of coffee, bananas, and oilseed crops like sesame, soybean, and sunflower. It is also a major producer of other crops like tea, cotton, organic cotton, tobacco, cereals, fresh foods and vegetables, nuts, essential oils, flowers, poultry and freshwater fish.

A significant transformation that has been underway over the last 20 years has been reducing the proportion of the GDP generated by the agricultural sector, from approximately 50% in 1995 to the current level of 24%. Most of this change can be accounted for by a rapid increase in the contribution made by the services sector. Manufacturing accounted for approximately 8% of GDP over the past decade, with no discernible trend.

This is projected to enable Ugandan farmers to produce their yields affordable and compete with local and imported products. Most Ugandan agricultural products are imported mainly by Kenya, DR Congo, and South Sudan.

According to Bank of Uganda data, total exports to Kenya rose to $719 million by the end of December 2018 compared with the $551.06 million recorded in 2017 with maize grain topping the exports. In addition to maize, Uganda exported beans, sesame, pineapples, watermelons and eggs in the second half of 2018.

The agricultural sector accounts for 33% of the national GDP. In general, Rwanda’s GDP has been growing at a rate of 7% since 2014. Tea and coffee are the major exports, while plantains, cassava, potatoes, sweet potatoes, maize, and beans are the most productive crops. Rwanda exports dry beans, potatoes, maize, rice, cassava flour, maize flour, poultry and live animals within Eastern Africa.

Agro-processing in Rwanda is a flourishing sector that contributes up to a third of Rwanda’s GDP. Agro-processing exports constituted 18% of formal exports in 2016. The sector (including food and beverages) is the largest industrial segment in Rwanda’s economy (after construction).

Currently, most of the agro-processed products are exported to neighbouring countries which include the Democratic Republic of Congo (DRC), Burundi, Uganda and Tanzania as well as other international destinations such as the United Arab Emirates and Europe.

The government also subsidizes access to seed and fertilizer, and runs an export-focused packing house, with professional management through International Finance Corporation. Public funding has been used to establish large agricultural processors in dairy and pyrethrum processing. 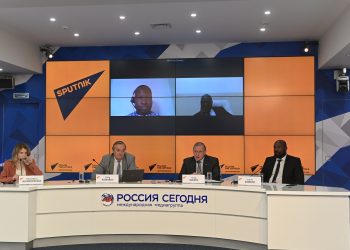 Positive tone at the start of the year