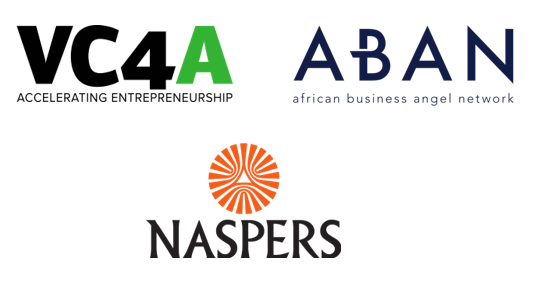 The 8th edition of the African Early Stage Summit (#AESIS2021) (www.africainvestorsummit.com) held on three consecutive days of November 3rd, 4th, and 5th in collaboration with VC4A (vc4a.com) and ABAN (ABANangels.org) saw investors and business people meet online in an event hosted in 13 cities around the world.

In addition over 600 early-stage Angel and VC investors connected at the annual summit to take stock of the industry’s progress and to chart the way forward.

AESIS 2021 was fueled by record-breaking deal-making and startup activity on the continent. The number of startups securing funding in Africa outpaces funding for startups globally.

From 2015 through to 2020, the number of African tech startups receiving financial backing grew 46% annually six times faster than the global average and marks a new period of growth for Africa tech investing. See the research presentation (https://bit.ly/3qj50DK) keeping up in the VC game by Max Cuvellier from Africa: The Big Deal.

In his Keynote speech at this record-breaking event, David S. Rose, renowned Entrepreneur and Angel Investor said that the industry was being driven by a young and growing population that is tech-savvy and eager to start a business.

He says with Africa’s population rapidly growing majorly youthful it was eager on consuming digital solutions.

It is this trend as a result that has fueled continued interest, investment, and support for the Africas entrepreneurs.

The Managing Partner at Acuity Venture Partners alongside other key players in the industry such as Tidjane Deme, General Partner at Partech, Pardon Makumbe, Co-Founder and Managing Partner at CRE Venture Capital, and Aniko Szigetvari, Founding Partner at Atlantica Ventures unpacked the Investment opportunities in an event that saw record-breaking deals brokered.

The extensive program was complemented by a series of investor-only Masterclasses and DFI Speed Dating, a Learning Track made possible by the UK South Africa Tech Hub;

At the same time, #AESIS2021 showcased many unique initiatives working to unlock necessary capital for companies at the earliest stages of development, starting with the launch of Catalytic Africa, the African Startup Matching Fund, a co-creation of ABAN and AfriLabs with the support of Agence Française de Développement (AFD) and Digital Africa.

Improving investor support and access to capital for women was also high on the agenda. Tokunboh Ismael, co-founder of Alithea Capital and Chair at African Venture Capital Association (AVCA) made clear in her keynote speech that the industry would not realize its potential until it met the needs of the continent’s women, which according to her is the greatest untapped asset for the future of Africa.

Her call to action was mirrored by multiple initiatives including Dazzle Angels, Rising Tide Africa, and ShEquity sharing important updates and providing an updated roadmap on how the industry is working to address the issue.

More than 80+ of Africa’s high-profile investors addressed the #AESIS2021 audience over the course of the three-day event.

About VC4A:
VC4A is an ecosystem builder that leverages its infrastructure, network, and expertise for the programs that contribute to Africa’s startup movement. Since 2008, the organization designs, structures, and implements successful entrepreneurship programs on the continent. VC4A runs an online platform featuring the world’s largest database of African startups and connecting local entrepreneurs to learning resources, mentors, investors, and partner programs.

About ABAN:
ABAN is the Pan-African network organization for angel investors. Established in 2015 by a group of 6 pioneer angel networks in Africa, ABAN represents an emerging sector playing a vital role in the African early-stage ecosystems’ future, providing valuable human and financial capital to African startups through a growing number of Angel investor groups, syndicates, and networks across the continent.