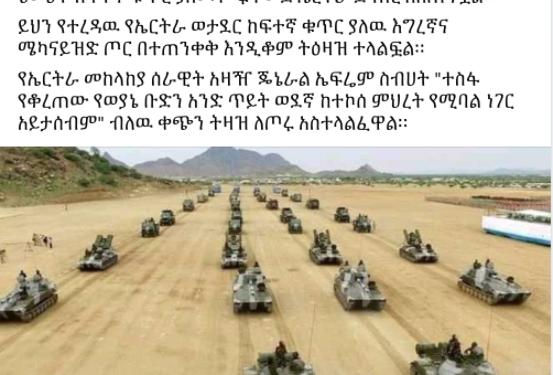 When individuals receive digital disinformation, it breeds grounds for the creation of conspiracy theories that are detrimental to democracy as they can be so bad as to incite violence

Africa’s technological space has grown exponentially over the past decade, largely driven by the increased access to mobile devices and internet.

The number of mobile phone users in Africa, 650 million, outnumbers the population of the United States or Europe.

How Africans are using mobile phones

Mobile phone use has increased exponentially as more people in African countries own a cell phone than clean water, a bank account or power.

Communication, radio listening, money transfers, online purchasing, and social media networking are all done via mobile phones in Africa. Many of the disparities between urban and rural areas, as well as the wealthiest and poorest, have been reduced or eliminated.

Similarly, internet prices are coming down while speeds are going up.

With high internet speeds, it is easy for anyone looking, or even sometimes not looking to stumble upon a lot of information.

The problem in Africa has been fast-tracked by the increased reliance on social media platforms for news of any kind.

While increased efforts are being made by these platforms, they may not always be able to pinpoint the falsehoods being shared on their platforms.

As a result, the majority of internet users are unable to discern what is true from what is false. This is where misinformation comes in.

Digital disinformation can be described as false information which is intended to mislead, especially propaganda issued by a government organization to a rival power or the media.

Digital disinformation has a distorting and distracting effect, making it increasingly difficult for the African people to distinguish between “facts” and “false news” while following political, social, and security developments across Africa.

When individuals receive digital disinformation, it breeds grounds for the creation of conspiracy theories that are detrimental to democracy as they can be so bad as to incite violence. This is a trait that has been witnessed in a number of African countries.

Disinformation like this makes it difficult for Africans to make well-informed choices about everyday matters like vaccinations and political participation. Ultimately, the ultimate intent of disinformation in most of these African countries is to sow fear and confusion to advance the political purposes of those spreading these falsehoods.

How falsehoods have been used in EA

One good example can be seen in the case of Uganda.

Prior to Uganda’s January 2021 election, a network of falsified social media accounts operating on Facebook, Instagram, and Twitter spread coordinated disinformation in support of the ruling party.

Facebook took down the accounts of at least six government personnel and two PR firms as part of a network that used fake and duplicated accounts and misleading sites to influence a public opinion prior to the January 14 presidential election.

The pages were removed for breaking Facebook policy against government intervention, which is coordinated inauthentic conduct on behalf of a government body. To reach Ugandans, this network was founded in the country.

Others were in favour of the opposition with one particular post which was shared widely showing images of tweets it claimed were from former US President Barack Obama, and President Joe Biden, calling for the release of Bobi Wine.

Another example is that of Ethiopia where disinformation played a huge role in the war that broke out in Tigray.

After war erupted in November 2020 in Ethiopia’s Tigray region, waging sides have continuously blamed one another on propaganda peddling with sometimes conflicting statements being issued on given scenarios.

For instance, both the Tigray and the Ethiopian forces have always claimed victory in Mekele.

Media Manipulation Casebook observed that the Tigrayan side worked mostly on raising awareness of the conflict, while those in favour of Prime Minister Abiy Ahmed’s administration in Addis Ababa sought to debunk its opponent’s assertions.

When it comes to discrediting anything that contradicts the federal government’s narrative, both official communications and pro-government user posts were found to make incorrect claims.

“It is a complex case that interacts with the geopolitics of the Horn of Africa, historical trauma, activism, hate speech, misinformation, platform manipulation, and propaganda, all in the midst of an ongoing civil conflict,” the study further indicated.

A 2019 Facebook post that claimed that TPLF troops were moving towards Eritrea’s border was said to be FALSE.

“A substantial number of the TPLF’s troops have been pushed closer to the Eritrean border. As a result, the Eritrean army received orders to alert its infantry and mechanized units to the situation. There will be no mercy for the army if a desperate TPLF faction fires on them, Eritrea’s Army Chief, General Ephraim Sibhat, has warned,” according to the Amharic post.

However, fact-checking tools revealed that the photo actually shows Eritrea’s military parade in 2019, according to its description on the Al Mayadeen website.

Much as disinformation spreads more widely in African countries, there are still inadequate and sometimes ineffective tools in place to struggle it, making the fight even more difficult.

A ray of hope

Although the fight against disinformation in East African countries is far from over, there seems to be hope.

Africa Check, Pesa Check, Media Monitoring Africa and iLab are some of the fact-checking organizations working across the continent with Facebook to monitor and refute some of the most egregious and prevalent misinformation on social media.

Additionally, Facebook now automatically takes down some duplicate and clearly inauthentic accounts and pages, especially those that have been flagged down by different fact-checking organisations across the globe.

Similarly, in August 2021, Twitter announced it would begin working with two International Fact-Checking Network Code of Principles signatories: Reuters and The Associated Press.

The AP, quoting a press release from Twitter noted that the social media platform will work closely with the two organizations to “surface their fact checks in Twitter Moments, trends and “other surfaces within the platform.”

These efforts, while a major step by the social media platforms is commendable, it is only half the work done.

A lot more needs to be done in terms of educating the masses, especially in Africa on how to spot false information, flag this disinformation and avoid spreading it further.