Bill proposes to lock out foreigners 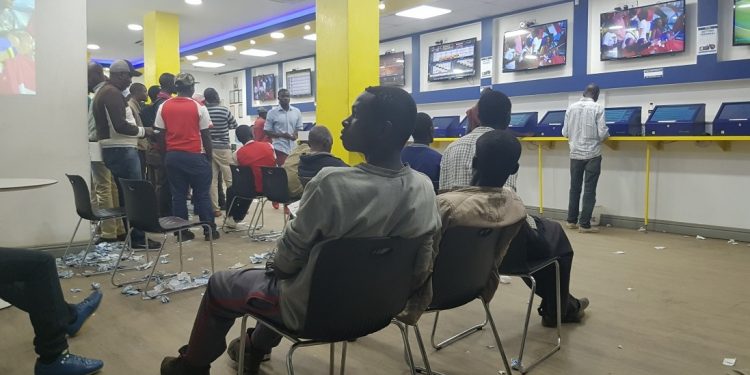 After Seychelles and South Africa, Kenya is the third most financially inclusive country in Africa where 7 out of 10 Kenyans are using two or more financial services.

According to the 2019 FinAccess Household Survey, Kenya has made significant milestones in expanding access to financial services and products.

Several factors contributing to the rapid inclusion are the uptake of mobile money, adoption of transformative financial technologies and innovations, and government initiatives and policies.

Despite these milestones, other areas that need to be addressed include the 30.1 per cent of the adult population relying on informal financial services and products.

This population prefers the ‘Secret Hiding Place’ for their money, having credit in the form of cash and goods from a shopkeeper, and groups aka Chamas.

The report notes that the usage of financial services and products varies across providers.

While the use of banks, mobile money, NHIF and digital apps loans increased, the use of insurance, Saccos, MFIs, investment and pension products declined in 2019 compared to 2016.

The narrowing gap between sexes, residence and education level reflects the expansion in inclusion.

On the flip side, the digital transformation noted in mobile banking and digital apps space raises cybersecurity, credit risk and consumer protection concerns.

To address these issues, the report notes that it is essential for policymakers and regulators to pay attention to barriers and reasons that limit access to a wide range of financial service providers and products in order to come up with customer-centric solutions.

A few years ago, an uncollateralized loan was unheard of. It was either you had to be rich in the first place to get a loan or not bother trying to get one.

While most Kenyans now have access to credit, the formal and informal lenders in Kenya are accused of riding the digital lending wave to exploit borrowers. Some lenders are accused of having hidden costs they do not disclose to their clients which leads to their being debt trapped.

Some of these lenders charge up to 200 per cent as interest on the loans they give out.

As hard times have fallen on Kenyans, those desperate enough to turn to the informal sources of credit have to contend with exorbitant interest rates.

At the rate of 15 per cent per month, the Annual Pricing Rate (APR) of these loans hits 180 per cent.

There are several mobile lenders in Kenya competing with each for the same market segment.

Some of these lenders are banks but a majority are fintechs that have just found a goldmine in Kenya’s credit market.

However, none of these lenders operates without having to ride on the telcos’ back. Safaricom controls the major mobile money stake through its M-Pesa platform.

The mobile lenders offer instant loan approvals for loans between Kshs100 to Kshs 50,000. This money is then deposited directly into their M-Pesa accounts.

Many fintechs are getting into the Kenyan market targeting the lucrative but often unattractive low-income earners in the society.

With the fintechs major requirement being that borrowers allow them access to their phonebooks, call logs, text messages and Facebook accounts, Kenyans have dug themselves into a financial crisis.

While most of those taking loans do so for daily subsistence, a majority of the youth take out loans to enable the gamble in the hope that they will make a quick buck.

Due to the enormity of this crisis, there is a Bill in the Kenyan parliament seeking to restrict mobile phone betting.

The Gaming Bill proposes a fine of up to KShs2 million or a maximum jail term of two years for offenders.

Companies that breach the regulations will be fined KShs50 million.

Kenyan youth spend on average KShs5, 000 on betting per month with many succumbing to the debt trap due to unemployment and the inability to refinance loans taken for gambling.

In the proposals, this will facilitate real-time remote tracking of gaming transactions.

Among the biggest losers if the Bill becomes law are foreigners engaged in the sector.

The Bill reads, “The Communications Authority of Kenya shall ensure that no foreign operators offering online gaming services shall have access to recruit and offer services to players domiciled in Kenya.”

In seeking to repeal the Betting, Lotteries and Gaming Act of 1966, the proposed laws warn that no one in Kenya may use a telecommunication platform for purposes of playing online games.

Servers hosted in foreign countries for online gaming have also been outlawed. The law also demands the understanding of how a player may be registered and deregistered and the charges borne by players.

Those in the industry also have to disclose the location of their servers.

In a 2017 GeoPoll survey, Kenya topped Sub-Saharan Africa as having the highest number of betting youth with 54 per cent of the youth in the region have gambled at some point.

Read: Mobile money lenders meteoric growth in Kenya, Why it’s not if but when Africa crumbles over rising debt