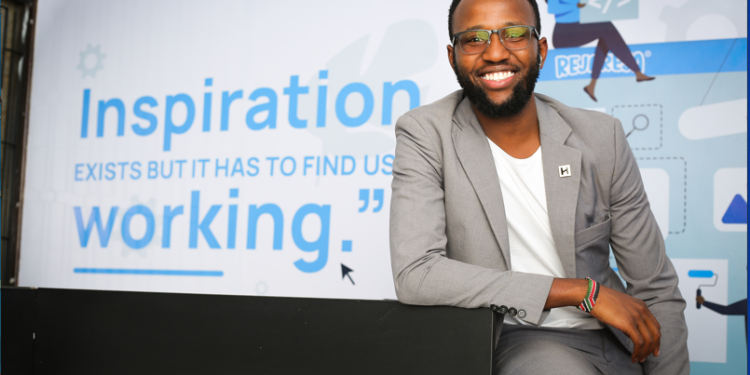 The need for reliable information on the performance of businesses’ field sales teams, products and services in the market is what MarketForce aims to provide.

Tesh Mbaabu and Mesongo Sibuti met as Computer Science undergraduate students at the University of Nairobi. After graduating in 2015, they spent the next two years building a software consulting business together, before venturing into their second startup, Cloud9xp (a travel technology company), which they later sold before beginning the MarketForce journey.

They launched MarketForce in 2018 and are now operational in 5 markets in Sub-Saharan Africa (Kenya, Uganda, Tanzania, Rwanda and Nigeria), with over 200,000 merchants and 50 consumer brands trading on the platform.

Earlier this year, they raised $40 million in Series A round, the largest Series A round of its kind in East and Central Africa. The raise comes 7 months after concluding a pre-Series A round.

Tesh Mbaabu speaks about fundraising for your business.

What problem does MarketForce solve?

The need for reliable information on the performance of businesses’ field sales teams, products and services in the market is what we aim to provide. This inspired us to develop MarketForce, a sales and distribution automation platform that gives businesses a complete view of their sales cycle and helps them increase efficiency, save costs and identify opportunities in distribution.

Our goal is to be the ultimate partner for informal merchants, empowering them to maximise their profits and grow in a digital age by getting better service, assortment, and access to new revenue opportunities, outfitting them with the technology and support they need to transform themselves from simple FMCG outlets to comprehensive financial service hubs for the continent’s last-mile communities.

MarketForce is a leading B2B eCommerce marketplace that empowers informal merchants in Africa to source, order and pay for inventory digitally and conveniently, access a banking wallet with credit facilities, collect digital payments and earn extra income by offering agency baking services and reselling digital financial services such as airtime, electricity tokens and bill payments in their communities.

What is the main purpose of fundraising?

At some point, almost all businesses need to raise capital if they want to grow. Most startup founders and business owners don’t have the cash on hand to fund their operations without third-party funding. Research shows that over 70 per cent of businesses fail because they didn’t start with enough money. Money is the bloodline of any business. The long painstaking yet exciting journey from the idea to revenue-generating business needs a fuel named capital.

What are some of the ways a company can be funded?

There are many options to consider and choose from; personal savings, friends and family, angels/wealthy individuals, venture capitalists, business incubators/accelerators, bank loans, and even government programs. Whichever way you go, each of these sources of financing has specific advantages and disadvantages as well as criteria they will use to evaluate your business.

On your blog, you mention that less than 0.5 per cent of startups globally get funded, and in Africa, the statistics are worse. Why is it so hard to raise capital in Africa?

In the case of angel investments and venture capital (which is the path we chose) – the majority of African high-net-worth (potential) angel investors still do not consider tech investments when looking to grow their wealth. This leaves a significant gap in early-stage funding as many entrepreneurs lack early believers – when it comes to investment – to bridge the gap to when they are ready for professional investors.

Second, the majority of the investment decisions even in Africa are still made by Non-Africans. The vast majority of venture capital firms operating in Africa source funds from outside Africa and most make investment decisions outside Africa too. Therefore, there is a bias around where to invest and who to invest in because they do not understand Africa well and there is a long bridge to building trust.

How many pitches did you make leading to the $40million fundraising?

It took us roughly 8 months and over 100 pitches with more than 50 potential investors to raise the $40 million round. Our pre-seed and seed rounds were even harder.

The first times were harder because we were selling an idea with very little traction/revenue. Reputable investors are attracted to sales growth and a strong team that can execute on the market opportunity – we had these when we went back to the market to raise.

We had early signs of product demand and could not keep up because we were understaffed. If you have a clear roadmap and financial forecasts for the future, but can’t meet the demand for your product because of the inability to fulfil purchase orders or lack of adequate staffing, those are good signs that raising capital is right for you.

What tips would you offer on fundraising?

When you raise money, you’ll likely need to take a step back from focusing on the business. Raising capital is a time-consuming process. From building a financial plan/business model to preparing and making pitches, fundraising can quickly become overwhelming, especially in a startup culture where continuous business and product development are a core part of operations. Weigh the tradeoffs and see the best way for you to go. Committing to fundraising means investing time and energy that you could otherwise invest in your business – no one talks about the thousands of startups that never landed an investor meeting or failed to impress a lender with their business plan. At the end of the day, fundraising is not a true marker of success, a real business with customers, revenue and profit is.

I mostly see fundraisings for tech companies. Do other industries fundraise?

Yes, they do, but most times they use other options such as personal savings and bank loans.

What is Y Combinator and what role does it play in fundraise?

Y Combinator (YC) is the most prestigious global venture capital seed accelerator (based in the US) that has been used to launch some of the top startups including Stripe, Airbnb, Flutterwave, Quora and Dropbox by investing between $125,000 and $500,000 in a large number of startups. Considering that over 20,000 startups apply to YC every year, and only around 1 per cent get accepted, it is safe to say that getting into YC highly increases the chances for a company to get funded by other investors thereafter. In our batch, we were the only company chosen from Sub-Saharan Africa to join and receive investment.

Read: Kenyan start-ups yearly funding to hit US85 million by 2025