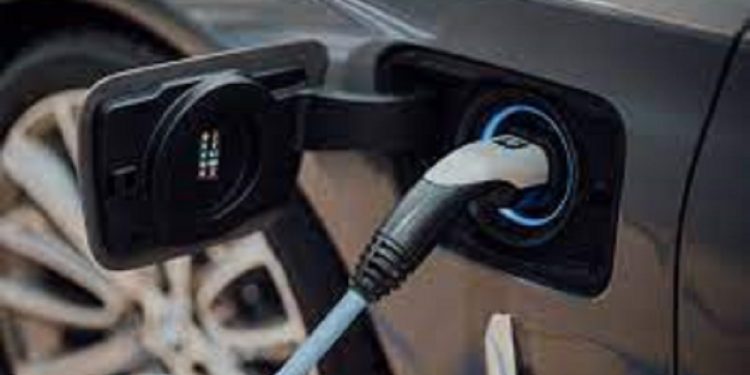 Numerous initiatives have sprung up across the continent to promote the localization of vehicle electrification in Africa. In Kenya, the National Youth Society has supported the development of electric three-wheeler vehicles as well as ongoing electric bus pilot projects in Cairo, Addis Ababa, and Nairobi.

While the east African country’s utility, Kenya Power (KP), announced plans to phase out fossil fuel-powered vehicles and motorbikes from its fleet in favour of electric-powered ones.

According to CleanTechnica, the Kenya Power and Lighting Company PLC (Kenya Power) owns and operates most of the country’s electricity transmission and distribution systems and sells electricity to over 8.5 million accounts in Kenya. Its transmission and distribution network covers 248,834 km, enabling it to ensure that at least 75 per cent of the country’s population has access to the national grid.

Utility companies are some of the largest fleet operators and are good candidates for electrification. Kenya Power has been exploring opportunities in the electric mobility sector for a while. Kenya Power has been running a pilot program with 13 electric motorcycles. Kenya Power’s meter reading and revenue collection teams have been using electric motorcycles as part of a broader pilot program in which the UN Environment Programme (UNEP) has partnered with Powerhive, Kenya Power, Kisumu County, and the Friends of Karura Forest.

Now, the company has set aside KShs 40 million (US$332,000) in the current financial year to purchase 3 electric pickups and one electric 4-wheel drive vehicle as part of a new pilot program. These funds will also be utilized to construct three electric vehicle-charging stations within Nairobi, both for the Company’s use and demonstration purposes.

Kenya Power’s Ag. Managing Director, Eng. Geoffrey Muli, said, “Kenya Power intends to substantially reduce its footprint by purchasing more electric vehicles in the near future, including two and three-wheelers. We must play our rightful role to combat global warming by championing mitigation measures such as the adoption of electric motorisation.”

Some of the lessons learned in the first 13-bike pilot program using an imported bike without a local OEM/dealer presence were the importance of after-sales service and the need for batteries with good range and reliability. Kenya Power is excited about the presence of companies such as Roam in Kenya, which assemble electric motorcycles locally and offer after-sales service.

Kenya Power says that it is now ready to embrace electric motorcycles fully.

Roam assembles its electric motorcycles in Nairobi. The Roam Air has two lithium-ion batteries giving a range of up to 180 km. It costs KShs 66 (US$0.55) to charge each battery.

Kenya Power has already invited bids for the construction of an e-mobility network infrastructure system (ENIS) to pilot charging stations. The infrastructure will also allow customers to pay via Kenya’s ubiquitous M-PESA mobile money platform as well as local and international credit cards.

“With an installed capacity of 3,077 MW and an off-peak load of 1,100 MW, Kenya Power has enough power to support the entire e-mobility ecosystem,” says Eng. Muli.

According to McKinsey published February 23, 2022, transport currently makes up 10 percent of Africa’s total greenhouse gas (GHG) emissions. This is expected to increase in line with sub-Saharan Africa’s expanding vehicle parc.

South Africa, Kenya, Rwanda, Uganda, Ethiopia, and Nigeria make up around 70 per cent of Africa’s annual vehicle sales and 45 per cent of the region’s population.

The vehicle parc is expected to grow from 25 million vehicles today to an estimated 58 million by 2040, driven by urbanization and rising incomes. As its vehicle parc grows, the challenge for Africa will be to push for more sustainable mobility and avoid the risk of becoming the dumping ground for the world’s unwanted used ICE vehicles.

While momentum is building, Africa faces some unique challenges in its electric mobility transition, including, in some cases, unreliable electricity supply, low vehicle affordability, and the dominance of used vehicles. Many countries have made significant strides toward improving electricity access. However, electricity reliability remains an issue. A 2019 survey across 34 African countries found that fewer than half of those connected to the grid have reliable electricity. In addition, the reported 2020 System Average Interruption Disruption Index (SAIDI) for sub-Saharan Africa was 39.30 versus 0.87 for OECD high-income countries.

However, Africa has a big opportunity to leverage its supply of lithium, cobalt, and copper, which are critical to developing EV batteries. Additionally, EV companies already operating in Africa have the scope to invest in local innovation for the domestic manufacturing of EV components, such as spare batteries, for local vehicle assemblers to source parts locally.