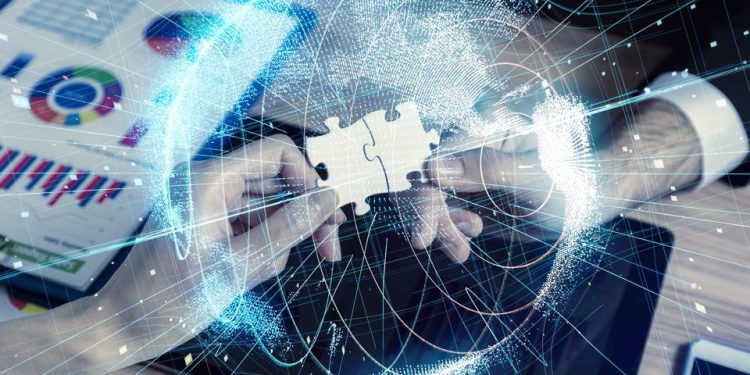 How South Africa continues to land Tech mergers and acquisitions

Since 2015, over one-third of acquisitions in the African tech space have involved South African companies.

According to Disrupt Africa’s 2022 South Africa Startup Ecosystem Report, the South African startup environment is the best in the world for exit mergers and acquisitions.

According to Refinitiv Data, the value of South African mergers and acquisitions increased by 958 per cent from the same period in 2020 to US$52 billion in the first half of 2021, from a total of 169 deals. When compared to the same period in 2020, deals involving tech businesses soared by US$160 million, or about 2000 per cent.

According to an article by Tech Cabal, acquisitions in South Africa can broadly be categorized into three:

Acquisition of software and IT firm Adapt IT

Adapt IT Holdings has been acquired by Volaris Group for R7 per Adapt IT share effective January 3, 2022. Volaris is a wholly-owned subsidiary of Constellation Software Inc, a Canadian listed entity. Headquartered in Toronto, Volaris Group is an international provider of vertical market software and services in several industries. Volaris acquires and grows software businesses that develop specialized software solutions.

Volaris acquired 63.87percent of Adapt IT. Pursuant to the implementation of the deal, Adapt IT was delisted from the JSE with effect from January 4, 2022.

According to an article by Business Tech published on January 4, 2022, all conditions and regulatory approvals were met, including approval from various competition authorities, the Takeover Regulation Panel, and the JSE. The deal was also conditional on Volaris acquiring more than 50 per cent of Adapt IT shares.

“The acquisition is a wonderful South African success story. Adapt IT was founded in 1996, the business was listed in 1998 and successfully grew its customer base to more than 10 000 customers in 55 countries around the world. With this acquisition, Adapt IT will have the opportunity to expand to many more countries and customers around the globe,” said Tiffany Dunsdon, CEO of Adapt IT.

Adapt IT now represents Volaris’ interests in the African continent, a region in which Volaris sees growth opportunities, it said. “The acquisition brings direct foreign investment into South Africa with opportunities for additional growth capital being invested into the country as well as the transfer of best practices.”

According to an article by Tech Cabal published July 8, 2022, Hyperclear rebranded from “IEIT Holdings” and secured backing from Cape Town-based private debt firm Green point Capital to finance its acquisition plans which were focused on companies with Earnings Before Interest, Taxes, Depreciation, and Amortisation (EBITDA) of up to R250 million.

For Principa, CEO Jaco Rossouw said that the acquisition presents an opportunity for Principa to enhance product offerings in Hyperclear’s other portfolio companies through leveraging its technical expertise and domain knowledge in retail credit to help South Africans struggling to access basic digital financial services.

Hyperclear’s portfolio of high-performance technology-led businesses includes, to mention a few, Cogent, a pure play hyper-automation company; Retialyx, a retail analytics-through-intelligent-automation company; as well as Cyberlogic, a managed solutions provider of cloud and managed IT services.

With the acquisition, inq. will be able to serve better and run its African divisions and integrate edge computing solutions across the continent by extending its coverage to the South African market.

The approval, which was given without any conditions, follows the announcement of the acquisition in May this year. The acquisition amount was not disclosed.

According to ICASA, it is unlikely that the proposed merger will significantly diminish or prevent competition in any key markets. The authorities also determined that there are no issues of public interest raised by the proposed transaction.

For inq., executive chairman Andile Ngcaba said that the combination of Syrex and inq. is geared towards deepening the company’s footprint in South Africa to drive hyper-converged and Edge services and solutions within one of the most developed ICT markets on the continent both in the public and the private sectors.

Gumtree, a South African online classified network, was purchased by Impresa Capital, a venture capital firm with offices in Durban, for an unknown sum, subject to regulatory approval.

Gumtree, one of the most popular locally published websites in the nation, was founded in 2004 and currently has 4 million unique visitors and 71 million pageviews.

Having been initially acquired by eBay in May 2005, the acquisition of Gumtree by Impresa Capital from Adevinta, a Norwegian online classifieds specialist which acquired eBay last year, marks the first time in 18 years that the online classifieds platform will be owned by South Africans according to an article by Tech Cabal published July 25, 2022.

Speaking on the acquisition, Sean Bergsma, the CEO of Ignition Group, which is majority owned by the acquirer Impresa Capital and is one of Africa’s largest investors in technology, media, telecommunications, and financial services, said that the sale represents an opportunity to expand on the Gumtree platform with new products and services that will benefit Gumtree customers, be it consumers or businesses.

He also stated that the accelerated growth of Gumtree on the African continent will see new jobs being created and the technology developed further, giving a hint on the continental expansion plans they have for the platform.

The deal, which was initially agreed to in January, had been pending regulatory approval from the Competition Commission of South Africa which gave it an unconditional thumbs up in April. Teraco will henceforth be known as “Teraco: A Digital Realty Company” according to an article by Tech Cabal dated August 2, 2022.

With more than 22,000 interconnects, Teraco’s data centers are the most interconnected facilities in Africa.

“We are excited to enter our next chapter by joining forces with Digital Realty to create a truly global, scaled platform serving our customers in Africa and beyond,” said Teraco chief executive officer Jan Hnizdo.

“Our combined platform will be uniquely positioned to serve the full customer spectrum with the ability to support their growth around the world. We look forward to working with the Digital Realty team to extend our state-of-the-art data center and connectivity solutions to capitalize on the favorable industry trends and tremendous market opportunity.”

The Teraco management team will remain in place and maintain day-to-day responsibility for operations in South Africa.

Digital Realty acquired the stake from a consortium of investors, including Berkshire Partners and Permira, in a transaction valuing Teraco at approximately $3.5 billion. The acquisition adds South Africa to Digital Realty’s 3 existing markets on the continent, including Kenya, Mozambique, and Nigeria.

Commenting on the deal, A. William Stein, chief executive officer at Digital Realty, mentioned that the acquisition of Teraco gives the company significant regional scale and access to a premier, high-quality portfolio in Africa’s largest market which will enhance its ability to serve growing customer demand for connectivity in the region.

South African digital bank, TymeBank, announced the proposed acquisition of Retail Capital, a fintech company that provides funding to Small and Micro Enterprises (SMEs) in South Africa, for an undisclosed amount. The deal is subject to regulatory approval.

According to an article by Tech Cabal published on August 3, 2022, Retail Capital provides funding to SMEs through a 3-step online application process. In the last 10 years, the startup claims to have provided more than 43,000 business owners with R5.5 billion (~$326 million) in working capital.

Commenting on the deal, TymeBank CEO, Coen Jonker mentioned that the acquisition will enable TymeBank to expand its offering to entrepreneurs to include working capital finance.

“Retail Capital has acquired significant risk management experience over the past decade and through different economic cycles. They have an experienced team in place and their risk models and operational processes have been battle-tested and optimized to a significant degree for small-business funding,” he added.

For Retail Capital, CEO Karl Westvig stated that the fintech startup already powers many industry-leading partners in the acquiring, retail, and payments space to support their SME customers. He also said that the acquisition by TymeBank will further enhance this offering to their partners’ customers.

“Both Retail Capital and TymeBank have the customer front of mind, and we see the strategic move as a positive one that will greatly assist all business owners in South Africa,” he concluded.