The project intends to build techniques for measuring how infrastructure improvements such as roads, electrical networks, and agriculture contribute to economic growth.

The Rockefeller Foundation has launched a new collaboration with Electricity Growth and Use In Developing Economies Initiative (e-GUIDE) and Atlas AI that will have a budget of US$5.5 million and will be working to encourage climate-resilient infrastructure investment across sub-Saharan Africa to accelerate economic development.

This effort will produce unprecedented insight into the well-being of communities through a ground-breaking digital platform over the course of its three-year duration.

The platform will build upon new research and publicly available data sets covering the nexus of agricultural, energy, and transportation sector development environments. Satellite data and machine learning technologies will be utilised in the effort.

“Whereas big data is being used to enhance individual development initiatives, we still haven’t unlocked its ability to improve development at a systems level. This is critical even though efforts to push change in energy, agriculture, and transportation must be integrated to make opportunity universal and sustainable.

The objective of the initiative is to apply data science to the task of predicting the demand for electricity in energy-poor emerging economies.

“We are thrilled about the potential for this collaboration to enable politicians, investors, and workers to get a more dynamic situational understanding of local settings and to assist them in improving those conditions for the people they serve,” Senior Vice President of Innovation at The Rockefeller Foundation, Zia Khan stated.

e-GUIDE is an initiative that was launched in 2018 by The Rockefeller Foundation in collaboration with Columbia University, University of Massachusetts (UMass) Amherst, the Colorado School of Mines  AND Carnegie Mellon University.

According to Jay Taneja, an assistant professor of electrical and computer engineering at the University of Massachusetts Amherst and the principal investigator on the project,

They intend to build techniques for measuring how infrastructure improvements such as roads, electrical networks, and agriculture contribute to economic growth.

“We seek to determine which combinations result in the most extensive and fastest economic development, with a primary focus on countries located in the sub-Saharan African region,” Jay Taneja said. 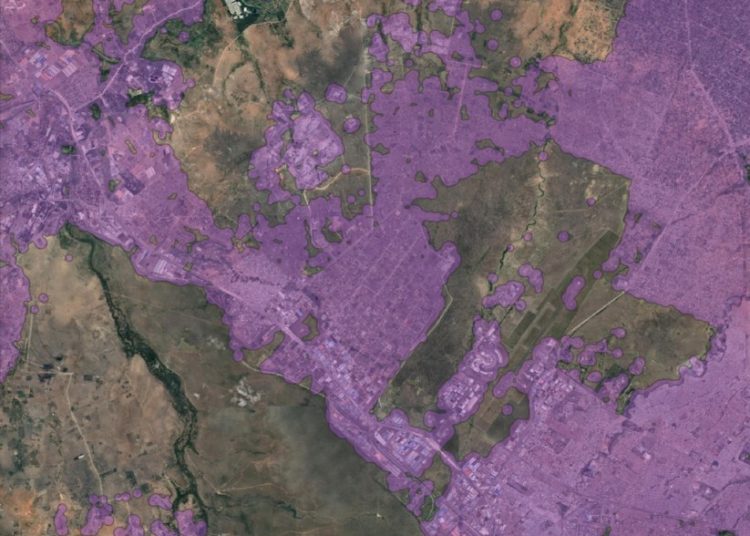 Atlas AI has joined the effort

e-GUIDE, which has effectively utilised AI to forecast the amount of electricity used in Africa and evaluate the amount of energy put to productive use in the continent’s agricultural sector, will now be able to collaborate with Atlas AI on this endeavour.

Atlas AI, Founded in 2018 by The Rockefeller Foundation and a team of professors from Stanford University. Collects data from various planetary sensors and combines that information with deep learning AI technologies to track changes in the economic and societal well-being of the entire world.

“The scientific community has been demonstrating the use of data from new sensors like satellites along with AI technologies for more than a decade now to quantify specific development indicators such as the productivity of staple crops, the rate at which people accumulate wealth, and the rate at which electrification is occurring,” CEO of Atlas AI, Abe Tarapani said.

“Investment decisions that are made in the real world do not fit as neatly into one of those buckets, and we are thrilled to be a part of this innovative collaboration to help unlock a more dynamic and practical understanding of how local communities with limited resources may best promote improvements to people’s livelihoods, “Professor Jay Taneja added.

e-GUIDE and Atlas AI have also teamed with Kigali Collaborative Research Centre (KCRC) in Rwanda, In order to take advantage of KCRC’s leadership in research and innovation in energy systems, artificial intelligence, data science, climate change across Africa and transportation,

In a rejoinder, the platform created by e-GUIDE, Atlas AI, and KCRC was the result of tens of thousands of hours of computation across petabytes of data pertaining to agriculture, electrification, human settlement activity, and transportation, dismantling the silo-focused methodology common in many traditional sector-specific development data platforms.

“We’re beginning in Kenya, Nigeria, Uganda, and Rwanda,  and since we already have good contacts and are partnering on projects in these four nations, stated Professor Taneja. We anticipate increasing the initiative’s reach to additional countries in the coming years.”

In addition, a board of advisors will be established, consisting of four specialists with extensive knowledge in one or more fields of interest.

Climate Change: Even though Africa’s share of global carbon emissions is less than 3%, the African Development Bank predicts that the continent will suffer the brunt of the economic effects of climate change.

Food Security: According to the World Bank, present attempts to embed climate change resilience into Africa’s food systems are beneficial. However, they are inadequate when it comes to addressing the issue on a large scale.

Transport: The lack of extensive data on Africa’s transportation infrastructure impedes investment in resilient solutions in a sector responsible for approximately one-fourth of global emissions.