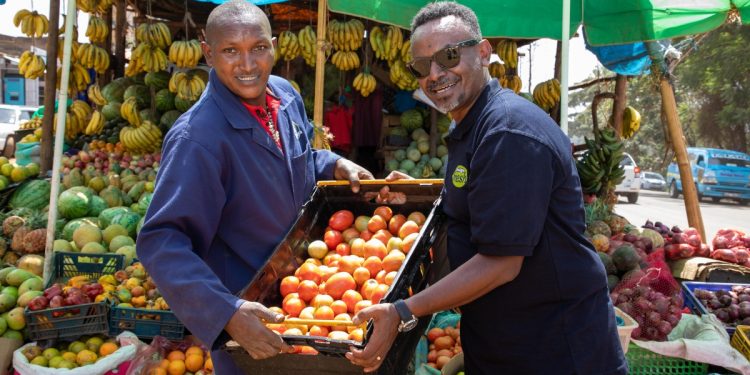 Twiga Foods has announced the launch of Twiga Fresh, a new subsidiary that is focused on modern and commercial farming, to help supply informal retailers and urban consumers with lower cost, better quality, and safe food.

The Kenyan-based business-to-business e-commerce company said it has invested $10 million into the company, to scale the production of domestic horticultural staples like onions, tomatoes, and watermelons, significantly lowering the cost.

The investment in Kenya will make this one of the largest single horticultural farms in Africa, focused purely on the domestic market.

Twiga Foods CEO and co-founder Peter Ndegwa said Twiga Fresh will be funded through debt in partnership with Development Financial Institutions, focused on primary agriculture and food security in the long term.

For specific value chains that are locally well established and efficient, like bananas, Twiga Foods will continue to work with smallholder farmers in addressing the challenge of food security.

“We will continue to run the B2B e-commerce business under Twiga, focused on building a one-stop supply-chain solution for informal retailers, delivering both Twiga and non-Twiga owned products,” Njonjo said.

He added that besides their growing range of private label products, Twiga Fresh will ensure the company drives growth in customer numbers and broaden the basket size by offering quality products at a discount against prevailing market prices.

“The commodity-driven volatility in the world today is causing an unprecedented level of food inflation across the world. In Africa, we can least afford this disruption, and that is why we are excited about the imminent impact our technology-enabled supply chain will have in reducing the cost of food,” he added.

Over the past few years, Twiga has been working to solve the problem of the rising cost of food in urban areas. According to the firm, food accounts for close to 60% of household expenditure across major cities in Africa.

The last few months have been particularly difficult for the retail business and for consumers as disposable income has taken a beating from both the COVID pandemic and the increasing commodity inflation caused by the war in Ukraine.

There is limited investment in revolutionising the productivity and modernisation of food production in Africa, which is leading to significant growth in the importation of basic food, making food security an increasingly elusive goal.

The deal comes months after the firm announced it had raised a US$50 million Series C funding round to help it scale its affordable food solutions across Africa.

Data shows that Twiga is one of the best-funded tech startups on the continent, having secured a US$10.3 million series A funding round in 2017, another US$10 million in November 2018, and US$29.4 million in debt funding in 2020.

The transaction was also the opportunity for certain early investors to access liquidity via a US$30 million secondary sale, generating up to a 100 per cent annualised return.

Twiga said it plans to expand its offering to the rest of East Africa in the coming months and West Africa in 2022.

It would also deploy part of the funding towards a proof of concept to develop its own fresh produce, using precision agriculture and satellite imagery to drive up crop yields, and plans to sell the domestic horticultural crops from February 2022 across East Africa.

The company said it was also working with development finance partners to scale this model as a separate business across Africa, with Twiga acting as an off-taker of the produce.

Part of the funding will also support the rollout of low-cost, high-quality manufactured food and non-food products under the Twiga brand by the end of 2021.

“Africa has a big problem with affordable access to food. At the heart of this is how fragmented African retail is. Twiga is fixing this problem, using technology to build the most extensive and lowest cost distribution network in Kenya,” said Njonjo.