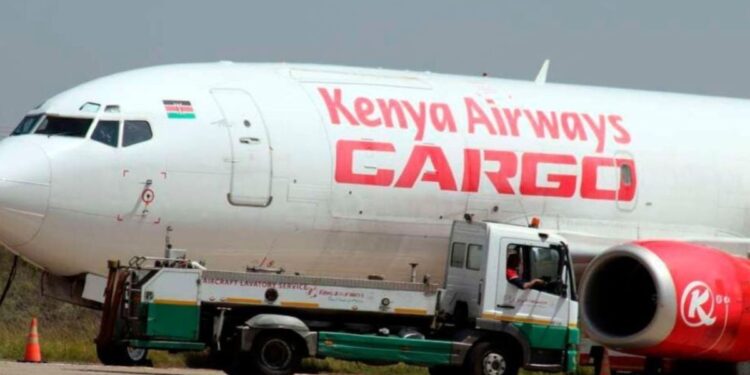 The troopers said that it was unclear whether the missing monkeys held any health threat issues. Monkeys have been agents of transmitting diseases such as Monkeypox and herpes B virus

by Joseph Kangethe
in Kenya, Tourism and Wildlife
0
Share on FacebookShare on LinkedIn

Kenya Airways (KQ) will see the government bail it out for the umpteenth time in a plan that is expected to keep the airline afloat.

Despite the incessant challenges, The Pride of Africa, KQ’s tag line, is partnering with South African Airways to create a pan-African airline in a move aimed at making the two companies profitable by conquering the continent’s air space.

Before that though, the monkey business for KQ is coming to an end. This is in every literal sense.

A contract to transport apes from Mauritius to the United States for KQ has ended. The airline chairman, Michael Joseph, said last week that the company will not renew its contract with a Mauritius-based breeding farm to transport monkeys and other wild animals through the Indian Ocean.

The contract expires at the end of this month.

KQ has been transporting Cynomolgus monkeys used to conduct medical studies in the US. The transportation of the monkeys for research overseas threatens the reduction in the number of wild animals and even a possible long-term extinction to the breed of apes.

Monkeys from Mauritius get involved in a crash in Pennsylvania.

The announcement by Michael Joseph comes days after an estimated 100 monkeys were involved in a truck crash on a Pennsylvania highway.

Read: 9 lives of Kenya Airways as it survives bankruptcy

The crash report showed that a pickup turned in front of the primate-carrying and got hit. The trailer separated from the truck, and three monkeys escaped.

The Center for Disease Control (CDC) said that the shipment of monkeys was headed to a CDC-approved quarantine facility after arriving on Friday morning at John F. Kennedy International Airport from Mauritius.

The troopers said that it was unclear whether the missing monkeys held any health threat issues. Monkeys have been agents of transmitting diseases such as monkeypox and herpes B virus.

CDC also asked people to stay away from the missing monkeys and immediately call 911 if they saw any of them.

Animal rights activists in the US heavily criticized the crash. People for the Ethical Treatment of Animals (PETA) and an animal rights group contacted Kenya Airways chief executive, Allan Kilavuka, and the chairman, Michael Joseph, showing dissatisfaction over the treatment of monkeys.

PETA prompted KQ to reconsider subjecting the monkeys to long flights and immediately taking them to laboratories for experiments because that could cause them torture and even lead to their death.

PETA’s deputy president, Dr Alka Chandna, said the decision of KQ of non-renewal of the transport contract comes as a relief to the animal rights group.

PETA researchers have developed the Research Modernisation Strategy, which provides a plan to end the use of animals in experiments and instead improve biomedical research to conduct the same.

Chadma said that 95 per cent of new medications tested on animals fail in human clinical trials, showing the unnecessity of animals’ overseas transportation.

Kenya Airways has been in the headlines after the national government said that it would take over more than US$800 million of the debt owed by the national carrier.

The state will also give KQ nearly US$500 million in budget support over the next 24 months, with economists having disagreeing opinions on whether that was a wise decision from the government.

President Uhuru’s administration requested a US$800 million loan from IMF to fund the airline’s bailout. According to VOA News, Samuel Nyademo, an economist lecturer at the University of Nairobi, said that the government had no business supporting non-profit companies.

Economists allude to the losses by Kenya Airways to mismanagement. The Kenyan government has been pushing for the nationalization of the airline, but parliament has overridden the attempt.

Kenya Airways has more than necessary employed staff and are overpaying pilots, which has led to inefficiencies in operational costs.

Economists are calling on Kenya Airways to revise its operations, reduce its staff, negotiate new leases and contracts and use the government’s proven support and authority.