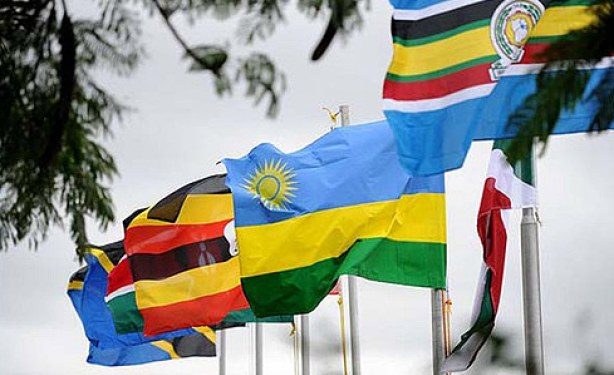 The East Africa Community Trade and Investment Report shows that the value of intra-regional trade increased by 9.4 per cent to $5.98 billion in 2018 from $5.46 billion in 2017.

by Caroline Muriuki
in Uncategorized
0
Share on FacebookShare on LinkedIn

Since the Common Market Protocol was launched in 2010, trade between East African Community member states has increased by 60.75 per cent from $3.72 billion to $5.98 billion in 2018, the latest trade data show.

Despite non-tariff barriers (NTBs) continuously holding back the region’s potential, the Common Market Protocol has boosted trade in the region by easing the cross-border movement of goods and people.

The East Africa Community Trade and Investment Report shows that the value of intra-regional trade increased by 9.4 per cent to $5.98 billion in 2018 from $5.46 billion in 2017.

The growth was partly caused by EAC countries’ increased preference for trading with each other so as to counterbalance falling demand for the region’s products in European and US markets.

All EAC member states apart from Burundi recorded growth in trade with their regional counterparts, the report showed.

The East African Business Council said that the regional trade has been heavily impacted by the pandemic which has led to a rise in NTBs with most of the manufacturers shifting attention to local markets.

Kenya’s trade with the EAC increased by 4.7 per cent to $1.95 billion from $1.86 billion in 2017, this was mostly attributed to an increase in business with Rwanda, Tanzania and Uganda.

According to data from the Kenya National Bureau of Statistics, in the first three months of 2020, Kenya’s exports to neighbouring EAC countries grew by 30 per cent to $429 million from $329.2 million in the same period in 2019 while total imports declined by 10 per cent to Ksh12.04 billion ($120.4 million) from $133.5 million during the same period.

According to the data, Uganda remained the leading export destination for Kenyan goods.

Kenya’s export earnings from Uganda, Sudan, South Sudan and Rwanda jointly accounted for 55 per cent of total exports to Africa during the period.