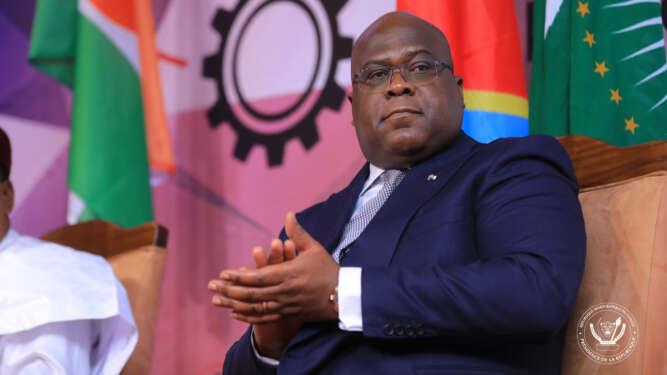 The African Union will run the year 2021 under the theme: Arts, Culture, and Heritage: Levers for Building Africa We Want.  The Theme’s focus is on the arts and creative industry’s transformative power.

This is in line with the theme of the United Nations. The year 2021 had been declared by the UN  as the year of the creative industry. This comes in recognition of the power of the arts to bring people together and the earning potential within this industry.

The latest African Union summit held on saw a change at the helm of Africa’s coordinating organ. Replacing the South African president as the AU chair, the leader of the Democratic Republic of Congo will take over as the new chair of the African Union.

President Felix Tshisekedi will take the helm of the African Union for the year 2021. His focus will be on the artistic and creative industries, to build meaningful partnerships, promote economic integration, job creation, and chart the path to agenda 2063.

The leadership of the AU follows a rotational pattern.  The leadership has ceased to be a figurehead role responsible only for hosting the summit.  The AU chair is responsible for representing the Union and promoting the objectives and principles of the AU as stated in the amended constitutive act of 2002.  The chair works together with a four-member team of individuals drawn from four other regions excluding the one where the chair comes from.

The chair can give directives to the AU Commission and the Executive Council as provided for in article 4d of the Assemblies rules of procedures. this includes input concerning wars, terrorism, and other related issues. The AU chair can also determine the imposition of sanctions for non-compliance with AU principles as consecrated in the Constitutive Act.

Further, the chair of the African Union may request investigations into human rights issues brought to the fore as espoused by the African Charter on Human and People’s Rights.

It is clear that leadership of the African Union is not a position to be taken lightly. Good leadership or the lack thereof will have a booming impact on the state and progress of continental matters.

In 2018, Paul Kagame the president of Rwanda chaired the AU. His term was highly successful and can be highly attributable to the serious nature in which Rwanda took the chairmanship to the leadership style exhibited by President Kagame.

Officials have reported that as chairperson, President Kagame took the role with the utmost respect and sought to make a meaningful impact during his tenure.  This involved working very closely with the AU in its day to day operations

The AU chair’s position is heavily influenced by the leadership style and the commitment shown by the incumbent. While the AU commission may be responsible for the day-to-day, the overarching work of the African Union comes into cohesion if the chair works towards supporting the policy and direction of the body.

It is crystal clear that the time commitment and leadership style of the chairperson has a significant effect on the direction of the African union’s programs. The new addition to the Troika has a lot to deal with at home.

At present, President Tshisekedi is said to have ended an alliance with the country’s former president Joseph Kabila.  The president is making moves to attain the majority required to take full control of parliament. Reports indicate that internal politics have played a part in the removal of key players in the Kabila camp from parliament with some indicating that it is president Tshisekedi moving to get people loyal to himself appointed into parliament.

This raises the question of whether the incoming chair will be able to give the time necessary to the position of AU chair.

On the other hand, the DRC premier is said to have a good working relationship with neighbors such as Angola, Rwanda, and Zambia. This could indicate a desire for an interregional corporation such as required to coordinate a 55 member large multilateral institution like the AU.

Also, the DRC by virtue of its geographical position brings together many of the African regional blocs. For example, it is a member of the Economic Community of Central African States. It also belongs to the SADC region. And could potentially join the EAST African Community.  This could be a rallying point around which these different trading blocs can be brought together under the leadership of the new AU Chair. By virtue of the country’s understanding of the nuances of the different blocks and doing business across different regions of Africa, president Tshisekedi brings with him a wealth of insight that could help grow the African Continental Free Trade Area that began to trade under his predecessor.

Read also: Why DR Congo is mulling joining the EAC

With the AfCTA in full swing, there are expectations that the continent body will further consolidate the success of the trade agreement. Along with perpetuating the interests of the agreement, the African Union must further consolidate the interrelation of trade protocols to align the trade protocols under the new trade agreement. This includes harmonizing mobility and rules of origin frameworks.

This is particularly complicated given the complexities involved in leading an organization of 55 vastly different member countries. The differences in size, language, economic development along with cultural differences require an inherent balancing act.

The incoming leader of the AU will have to play a juggling act to prove successful in channeling the African Union towards continental goals while consolidating his position at home. Certainly, his plate is full and only time will tell how the situation will pen out.

As the African Union works towards agenda 2063, African leaders must show commitment towards bringing together the policies and plans that will catapult Africa’s economy forward. This includes using the role of the AU chair to continuously push forward the African agenda. If any single holder of the rotational position fails to take a step forward they stand as an impediment to the achievement of the Africa we want. It is therefore imperative that the new African Union chair takes into cognisance the great responsibilities bestowed upon the office and works towards propelling Africa into the economical giant that agenda 2063 envisions.

Fashion tourism and dressing Africa in a pandemic