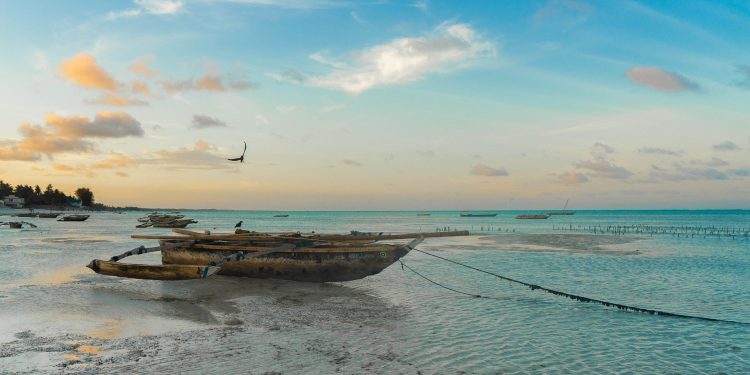 A new pathway for growth

by Padili Mikomangwa
in Africa, Premium
0
Share on FacebookShare on LinkedIn

It is nature that is going to save us, yes, nature.

The rich arable lands of Tanzania, the recycling business potential in Nigeria and Kenya, and the sustainable-architectural business models in Rwanda and South Africa are few angles that the World Economic Forum (WEF) finds to be vital in channeling better economic solutions and resilience.

This thinking-approach emanates from the second report (of three), The Future of Nature and Business by the WEF which provides practical insights necessary to steer economies around the world towards a nature-positive economy.

It is safe to say the Coronavirus (COVID-19) pandemic has given rise to a lot of ideas towards rethinking and developing sustainable economy approaches.

“As governments and businesses look to stimulate growth, a new study from the World Economic Forum found that ‘nature-positive’ solutions can create 395 million jobs by 2030,” WEF argues.

The WEF report points out an interesting factor, wherein it aligns a pathway for businesses to access nearly $10.1 trillion in opportunities, by focusing on industry-related actions which are nature-centred and ultimately promote environmental conservation and meet daily needs of communities.

This argument is not far from current reality, as Africa stands to reap plenty of benefits in this scenario. For instance, the establishment of climate-smart villages in West Kenya (funded by the World Bank) and in West Africa have improved livelihoods of more than seven million farmers (in Mali, Cote d’Ivoire, and Benin) and four million hectares of land.

The report came up with some of the real-life cases based on nature-positive outcomes.

The detailed report analyzed several aspects and brought up vital factors to consider that are critical to engage in the business agenda across socio-economic systems.

There is much at stake, especially during this post-virus period where fragile economies in Africa are struggling to resume normalcy, and hence—this idea seems to be a viable option.

According to the African Development Bank’s (AfDB) recent economic predictions, Africa’s economic growth could rebound in 2021, provided that governments manage the COVID-19 infection rate well, while growth is forecasted to rebound to 3 per cent in 2021 from negative –3.4 per cent, slightly off the 3.9 per cent in 2020 and 4.1 per cent prediction made before the pandemic.

The AfDB report highlighted food, land and ocean use, infrastructure and the built environment, energy and extractives to be the principal and enabling sectors towards resilience.

Food, Land and Ocean use

WEF argues that nearly $10 trillion of global GDP is contributed to what we eat and grow, and it takes almost 40 per cent of the global workforce.

This means a young continent like Africa, with the potential to maximize production over an area via smart agriculture, can levitate the 23 per cent sub-Saharan Africa’s GDP and stimulate more than 60 per cent of the region’s population economies.

The report highlighted that such solutions can create nearly 191 new jobs and $3.6 trillion of additional revenue or cost-saving 10 years from now.

However, there are few insights on how this perspective emits potential, and WEF broke it down in-depth.  Diversifying the diet arena, where almost 75 per cent of the global food demand comes from 12 plant and five animal species, having a diversified diet of vegetable and fruits can create $310 billion in business opportunities annually ten years from now.

If Africa plays it cards right, by aligning the best tech, human capital and finances it could revolutionize its economy. More importantly, Africa holds 65 per cent of the world’s arable land which makes it a perfect candidate for this model.

WEF mentions technology also is a factor in large scale farms. “Over 4.3 million jobs and $195 billion in business opportunities can come from precision-agriculture technologies by 2030. With 40 per cent improvements in yields expected, investments could yield returns of over 10 per cent.”

Retailing is another angle to explore, as $500 billion is lost annually as a result of discarded (burned) clothing; incorporating a sustainable approach is essential, particularly the utilization of renewable and recycling inputs would garner $130 billion in savings, less carbon footprint and reduce nearly 148 million tonnes of textile waste by 2030.

On fishing, the report argues for a sustainable approach to garner more profit and protect the aquatic environment.

“It takes five times the effort to catch the same amount of fish now as it did in 1950. If the ‘business as usual’ approach continues, wild fish stocks will decline by 15 per cent. This will cost the industry $83 billion, as boats will have to travel further and fish deeper. Sustainable ecosystem management is one way to tap into a $40 billion opportunity for the maritime industry worldwide,” the WEF said.

Infrastructure and the built environment

The report laid down interesting facts about the role of nature to the betterment of communities and sustainable economies.

This approach can be made possible by incorporating proper waste management models that can put to use via modern technology to reach a wider market.  As WEF argues that with $305 billion in additional revenue opportunities the global waste management market could reap benefits in 10 years to come, and sub-Saharan Africa is a beneficiary.

Efficient technologies that are nature-friendly are a factor. Switching from LEDs to natural light stands to collect $650 billion by 2030, per the report while green roofs are said to save energy costs, combat flood risk, and cut down air pollution.

“The market for these could grow 12 per cent annually reaching $15 billion by 2030,” the report said.

Also, there is potential in capitalizing on smart sensors to combat leakage of municipal water, saving nearly $115 billion by 2030 and achieving water efficiency to around 20 per cent.

The report attributes various arrays of potentials drawn from utilizing the sector. According to WEF the energy we produce and what we extract accounts for almost a quarter of global GDP and 16 per cent of global employment.

Taking this approach towards Africa, there is much to reap over time and under the right measures.

On mining and resource extraction the report argues that by enhancing resource recovery extraction nearly $225 billion can be saved, and 75 per cent of water use cut down in the next 10 years. While sustainable mechanization can facilitate material recovery rate by 50 per cent.

At least $870 billion can be saved by recovering manufacturing costs by 2030. According to the report, this means refurbishing and reusing some automotive parts such as transmissions that retain more value and use less energy than opting for recycling.

Also, there is a huge potential in developing land for renewable energy which is nearly three to twelve times the size of coal-powered stations. Hence—more revenue can be garnered when developing high-rise photovoltaic (solar energy-panel) power stations.

In a nutshell, the three pathways can be achieved when governments provide a better measurement of economic performance beyond GDP as argued by WEF, but also offer incentives for innovation—which is key for propelling inclusive development. More importantly governments can offer spatial planning (distribution of people and activities over space and time) and management of the continent’s natural resources which are essential requisites for sustainable development.

Read:Insight: Trading trajectory after the pandemic