On Thursday 9 November 2020, former President of Ghana, Jerry John Rawlings passed away in Accra, Ghana after a short illness.

A great man has gone to be with his ancestors. For those of us who were privileged and honored to know him, it was truly a sad day.

I met former President Rawlings in 2010 after the former Chairperson of the AU Commission Jean Ping appointed him as the High Representative for Somalia. As a staff of the African Union Mission to Somalia (AMISOM) at the time, I was then asked with my colleague James Gadin our senior political officer to assist the President and his team to understand the dynamics of the conflict. 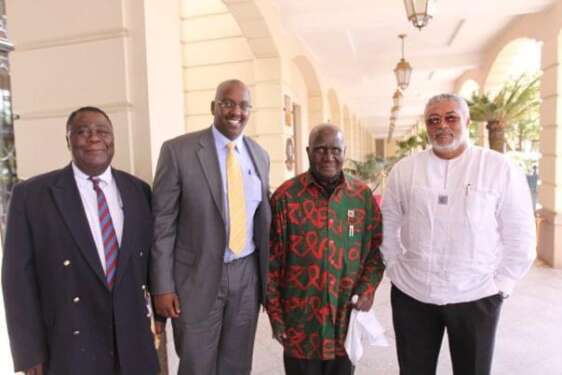 As I reflected on the former President, I kept thinking about the 5 Cs of leadership: Compassion, Commitment, Courage, Candor, and Competency. Former President Rawlings embodied all the 5 Cs.

I remember how on one of the trips to Somalia, he visited the IDP camps around Mogadishu, the Somali capital. At that time in July 2011 famine was raging. The President could not hold his tears. He passionately appealed to the world to provide 1 billion dollars in assistance to the country to deal with the humanitarian disaster. He struggled to understand how the continent, the world could watch a disaster unfolding and do nothing. His compassion didn’t stop there.

He would visit the AMISOM forces wounded on the battlefield and would call them “ the best of Africa”.

He often complained that the troops fighting in Somalia were trying to keep the peace with so little equipment but we’re giving all that they have including the ultimate sacrifice for Somalia. One day he called me to Accra. I traveled from Nairobi the next day and when I arrived in the Ghanaian capital it was 3 pm and I went straight to his office.

He looked pensive and told me that he was thinking about working to secure helicopters for AMISOM troops to allow them to be more mobile but also deliver humanitarian assistance. He had been thinking about this for the last two days he told me. The President was right even until now; the mission still doesn’t have the air assets it needs.

President Rawlings often asked what was the budget of a UN peacekeeping mission compared to a combat mission of the AU and we would tell him that it was almost double without involving combat. He would call it a moral outrage. 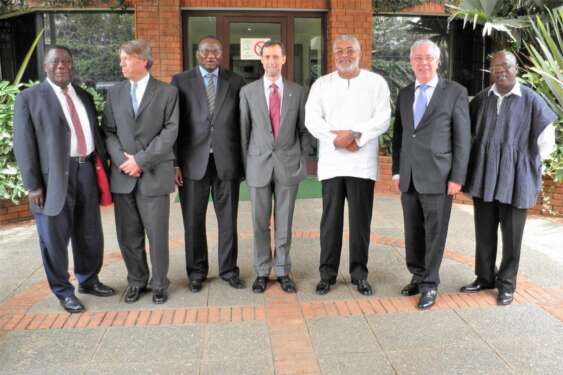 President Rawlings was also the man who would always tip generously the drivers and security accompanying him in the countries that he would visit. In Somalia, Kenya, or Burundi to name a few, the practice was always the same. I later discovered that he would use his honorarium provided by the AU to tip those who assisted him.  He would also take a minute to listen to anyone and their stories. From the hotel manager, receptionist, and the waiters he would want to know their stories. He easily connected with people regardless of their backgrounds.

President Rawlings was also committed to the African cause and most importantly committed to uplifting African people. Every time we would visit him in his hotel room, he would always have Al Jazeera or CNN on. He would talk to you while watching the news.

Then he would see something on the news that bothered him and would stand up and scream “ outrageous! How is this possible?” particularly as it pertains to Africa. Then he would turn around and lecture us about the need to fight injustice. He truly loved the continent and the African people. 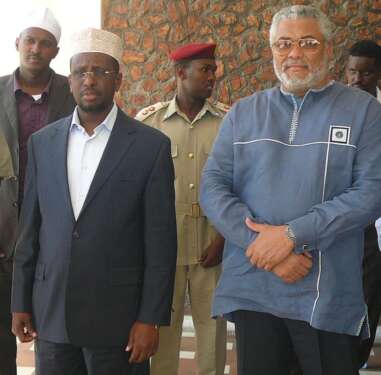 A flight Lt in the Ghanain Air force he was a man of courage. His life was marked by acts of courage. In 1979, while facing a trial with his soldiers for an attempted coup, he asked the judges to leave his men alone and to charge him instead.

As I watched the clip, I couldn’t stop myself to think that this is what defines selfless leadership looks like. He was not afraid of getting into an Armored Personnel Carrier (APC) in Mogadishu and to drive around and visit the beautiful city that was battered by years of conflict but re-emerging. In one meeting with international partners of Somalia, he was annoyed about the diplomatic talk and he turned around and said, “ We often get lost in the games of politics and often forget that our north star should be our principles, values, and kindness to our fellow mankind”.

He was also candid and was honest with the Somalis that only they could lift their country out of the abyss.  He would say that their brothers in Africa could only create an environment for them to resolve their issues but that ultimately the onus was on them to reconcile and build a better future. This is true in many conflicts on the continent and it still remains relevant.

The former President knew what he was doing and he respected people. He would say, “ Just because you are down, doesn’t mean that you are out!” I strongly believe that only caring people are truly competent.  In the end, what it boils down to is whether people are better off today than when you met them. He did his part with passion but also understood the limitations of addressing a conflict that spans over two decades. 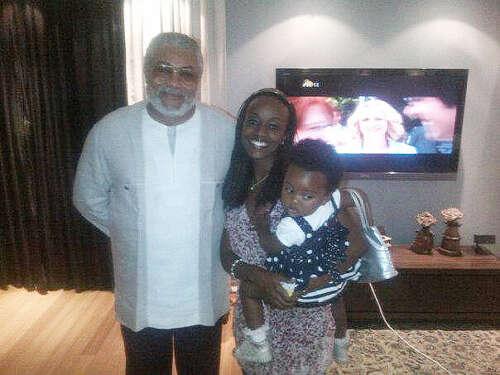 President Rawlings was also a family man with a great sense of humor who would often talk about his wife, Her Excellency Nana Konadu Agyeman Rawlings, and his children. When the former First Lady would call he would stop everything to pick her call. He would come back into the living room and explain how a man who is not afraid of his wife is an idiot. One of my most cherished photos is one with our daughter. She was one year old and didn’t know she was meeting a giant.

There is a lot that can be said about the former President but all I can say is that if we can all summon the courage to live with passion and kindness to our respective countries, similar to what President Jerry John Rawlings gave to Ghana and Africa, our continent and this world would be a better place.

To her Excellency Nana Konadu Agyeman Rawlings, to his children Zanetor, Yaa Asantewaa, Amina,  and Kimathi and to his assistant Kobina Andoh Amoakwa and all those I may have forgotten, the people of Ghana, please accept our sincere condolences and may the good leader he was rest in eternal peace. He did his part; let’s do ours for a better continent when and while we can. I am sure that is what he would want.