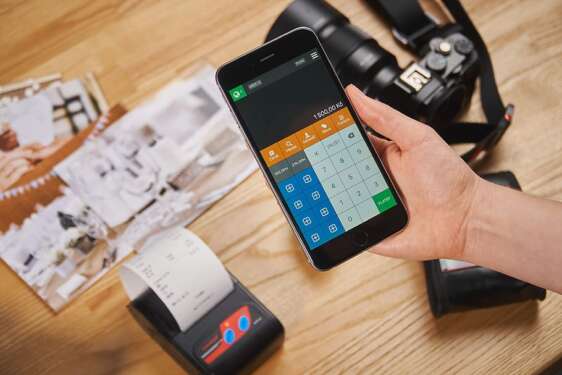 by Evelyn Shumba
in Africa, Business
0
Share on FacebookShare on LinkedIn

Africa’s Cashless Payment Revolution, According to World Bank data, more than two-thirds of Africa’s population has no access to the formal banking system. This is largely the direct result of challenges such as underdevelopment, financial illiteracy as well as a predominantly rural based population.

These factors among others have led to a situation where banking is both inaccessible and overly expensive for the bulk of the population. Further, African economies are driven by an informally oriented economic climate; as a result, banking for many is not an option.

This situation has prompted innovative approaches to avail financial services. Among the disruptions in financial services, there has been a rise of fintech to cater for payments outside of the banking system. Some of these include mobile money payment solutions and online payment/receipt platforms.

This sector has become one of Africa’s fastest-growing in the digital ecosystem attracting huge external inflows in investment and capital. For example DPO, a payment start–up from East Africa was purchased by Dubai Network International in a $288 million transaction. DPO is an e-commerce platform providing payment services for online businesses.

SendWave a remittance company that allows African diaspora to send money to several African countries was acquired by WorldRemit. The deal worth $500 million will increase WorldRemit’s footprint on the continent significantly.

Paystack, a payment systems company with a clientele of more than 60,000 including some of Africa’s big names like FedEx, UPS, and MTN became an entity of Stripe in a $200 million transaction. Stripe is a US SaaS company offering payment processing services.

These examples reflect the growing interest in digital financial companies on the continent and an indication of the potential in nurturing Africa’s tech-based ecosystem.

This could perhaps be one of Africa’s turning points in terms of integration with the global ecosystem and boosting African economies.

Given that infrastructural challenges continue to hang over Africa inhibiting the reach of traditional banking systems, there is significant upside potential in scaling payment systems. Both peer to peer payment systems, as well as merchant oriented digital platforms have an immense role to play in easing the doing business scale in Africa.

With the digital economy projected to reach 180 billion in Africa by 2025, the payments ecosystem remains a crucial and lucrative opportunity for investors. Also the payment platforms allow small businesses to expand by providing safe alternative payment platforms outside of the traditional banking system.

The efficacy of digital payment and money transfer platforms is not in question; for instance, platforms such as PayPal, Stripe, Payoneer, and several others have shown how innovation can facilitate convenience and accessibility of payments and money transfer. African digital payment platforms have the same potential to leverage the ease, convenience, and reach of internet-based systems to create significant traction. With Africa’s one billion strong youth population, demand for services such as these remains strong.

Also, as the New Year beckons ushering in the advent of the African Continental Free Trade Area, payment platforms will provide the missing link to ensuring the success of trade within the continent.

The digital payment ecosystem and cashless payment alternatives thus provide monumental impetus which is set to revolutionize the way Africa does business. The digital tech ecosystem is expected to continue to garner interest from investors, private equity, and venture capitalists alike.

Interest in Africa by people like Jeff Bezos will likely generate more interest into an investment space which many deem risky given Africa’s specific challenges.

Positioning Africa For The Revolution

The cashless payment ecosystem has the potential to trigger a revolution set to propel African economies by tremendous proportions. This turn of events will be triggered by increasing innovation into useful, disruptive cashless payments tech systems. However, for success of these proportions to be achieved, Africa, its people, and its leadership must focus on positioning the continent to reap these benefits.

One of the major impediments to successful disruptive technology is an overarching regulatory framework that fails to adapt and accelerate positive change. A case in point is the mobile money ecosystem in Zimbabwe. With over 60% of Zimbabwe’s population based in rural areas, mobile money payment systems provided access to financial services with significant rural reach. However, authorities in a bid to control exchange rate heavily restrained transaction limits for mobile money payment systems and introduced more rigorous requirements tied to the formal banking system. As a result, mobile money uptake receded. The result of this is a continued decline in financial inclusion.

The argument here is that to accelerate digital economy on the continent, regulation must move in tandem with innovation to promote financial inclusion and the resultant rise in the digital economy.

Policies that prioritize innovation in fintech solutions must be encouraged.

The African cashless payment ecosystem holds tremendous potential on the back of an increasing population which is largely underbanked. As the digital tech space grows, it continues to generate increased interest in terms of investment as evidenced by the deals sealed during the year, despite a global pandemic. The calibre of investments that have been drawn to the continent opens up the platform for other keen investors. As such, there is potential for digital payment ecosystems to revolutionize the way Africa does business.

The EAC should integrate to benefit from AfCFTA