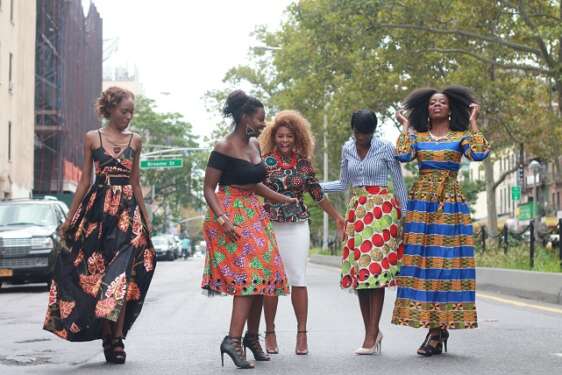 by Evelyn Shumba
in Africa, Business
0

Africa’s fashion industry is a potential gold mine with the capacity to grow into a billion dollar industry. The fashion industry worldwide is estimated to be worth over $1.5 trillion. With the resources and creative minds in Africa, there is enormous capacity to take a more significant piece of this pie. Africa’s fashion scene is anchored on a vibrant culture and the mix of color, texture, and bespoke designs that make African fabric. From the traditional to the contemporary, African designers have an impeccable creative eye.

The industry has gained recognition on the international stage. For instance, African designer Deola Sagoe has dressed famous music stars like Rihanna. This points to the significant potential that can be realized to transform the fashion industry into a lucrative economic sector.

Young people must be groomed to realize the untapped potential that lies in the sector. It is particularly pertinent for young people to tap into fashionomics for the economic development potential the industry holds. Given that Africa’s one billion strong population is expected to double in 2050, growing this industry will absorb a significant portion of young people into gainful employment. 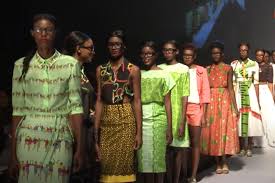 AfCTA and the Fashion Industry

The advent of the continental free trade area can spur the fashion industry forward.

Already, with the growth of the digital economy, young people are more active on social media platforms like Instagram. This social media activity can help bring African fashion brands into the limelight, both regionally and internationally. In the context of AfCFTA, integrating resources and designs from across Africa as well as leveraging on economies of scale through integration will allow cheaper mass production of fashion products. This will bring output to levels that are high enough to satisfy demand.

Also, AfCFTA opens up a market of 1.2 billion people, which is set to stimulate demand for goods. This, coupled with the growing middle class, will improve demand and increase sales in the fashion segment, including luxury brands.

However, there are some challenges that impede the rise of fashionomics.

The effect of poverty on the fashion industry cannot be understated. The glaring levels of poverty in Africa result in low demand for textiles. A significant portion of the population survives on second–hand clothing as most cannot afford to buy new clothes. The situation is so dire that even undergarments sell like hotcakes in the second-hand markets. This presents a considerable barrier to the fashion industry’s growth.

As such, strides in achieving the development goals and eliminating or at least reducing poverty are critical. Through AfCFTA, the continent seeks to uplift countries to a similar level of economic development across Africa.

The industry also faces a notable threat in the form of cheap imports that find their way into the African market. These are sold at prices significantly below the production cost for local goods, making it impossible to compete.

As regional trade through AfCFTA grows, it is expected to generate significant business and employment improvements, which should improve living standards. This, in turn, will lower demand for cheap low quality products in favour of the ‘made in Africa’ brand.

In addition, standardized border operations under AfCFTA will help reduce porous border systems that are usually marred by corruption where officials look the other way as cheap products are dumped into the market. With that in mind, it is critical to take action that steers AfCFTA towards success.

There is a general tendency among African consumers to favour products made externally over local products. This is especially true in the luxury fashion industry.  As such, it is critical to promote a ‘buy Africa’ campaign that promotes local products.

In addition, leveraging the talented creatives of African heritage to promote the ‘buy Africa’ campaign will help improve appetite for African made products. There are many African potential influencers that can help spread the message of African fashion—Lupita Nyong’o, Burna boy, Trevor Noah come to mind. This will help stimulate both local and international demand. 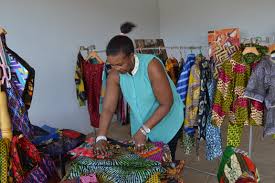 The cost of production is another critical factor. The fashion industry the world over is notorious for business models that are oppressive and exploitative to the worker. An example is sweatshops where workers are paid paltry amounts for long work hours sometimes involving child labour.

Finding the right costing model is critical. Maintaining competitiveness without compromising the quality of the workers’ life is essential to promoting the fashion industry’s sustainable growth.

Leveraging regional integration will allow for the efficient allocation of resources, which will see an improvement in the cost of production.

The successful implementation of AfCFTA is expected to capacitate industry, significantly attracting local and foreign investment. This should see an improvement in the scale at which local industries operate.

The fashion industry has tremendous potential for growth. The advent of AfCFTA bears promise for the industry’s boom, owing to the increased market potential and the ability to take advantage of increased economies of scale and scope through regional integration.

However, this will depend on the leaders’ commitment to seeing the agreement through. Reneging on tariff lowering and free movement of goods will put a spanner in the works of achieving meaningful growth.

Finally, a robust marketing initiative promoting the ‘buy Africa’ campaign may be necessary to sway customer preferences to ‘made in Africa’ products. Industry players must position themselves for a more significant customer base and take advantage of the growing technology to drive customer demand.