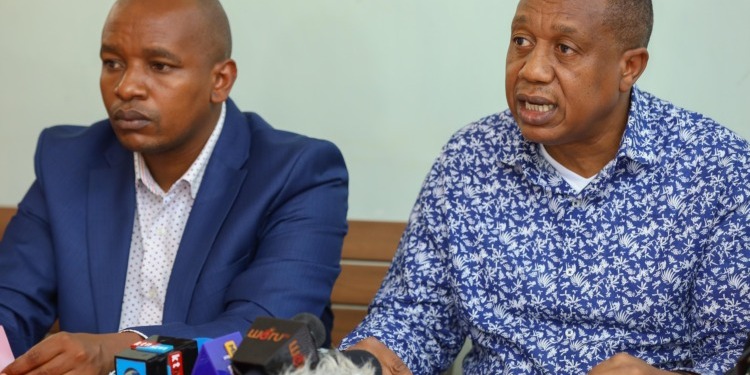 Bar and restaurant operators in Kenya have pledged to abide by the protocols to limit the spread of Covid-19 and offered to have their establishments become vaccination centres following the reopening.

The operators’ associations have also asked revellers to abide by the rules to avoid a resurgence of infections that would force the Government to come up with the restrictions that have hampered operations since March 2020.

“The hospitality sector has gone through one of the darkest periods in the history of Kenya,” said Frank Mbogo, the chairman of the Nairobi branch of the Pubs, Entertainment and Restaurants Association of Kenya.

The operators said the lifting of the curfew by President Uhuru Kenyatta and the clarification by Health Cabinet Secretary Mutahi Kagwe on opening hours have been a huge relief. They estimate that the combined loss of revenue, jobs and livelihoods in the sector during the pandemic amounts to more than KSh150 billion.

“Allowing people to resume business is the first step towards attaining the economic prosperity that we all crave. We hope that with time, the 15,000 bars that were forced to shut down will revive or come back in another form and the sector will thrive enough to get the more than 90,000 people who lost jobs back at work,” said Mbogo.

The associations said the self-regulating mechanisms set up at the height of the pandemic would continue.

“Our wish, which we can all help fulfill, is to have operations going back to normal and to never have again to shut down. Operators will continue to abide by the Bar Kumi idea, which is a self-regulating mechanism to ensure adherence to the protocols,” said Boniface Gachoka, the secretary of the Bar, Hotel and Liquor Traders Association.

The operators urged the Ministry of Health to establish partnerships with some of them, especially the large establishments, to use their premises as vaccination centres.

“Bars are gathering points for people and like churches, can become one of the places where people can be sure to access vaccines regularly,” said Gachoka.

The operators said such partnerships would come with incentives for drinkers to get vaccinated, such as a drink for everyone who goes for vaccination.

Simon Njoroge, the chairman of the Bar, Hotel and Liquor Traders Association, urged revellers to avoid drinking and driving.

Njoroge said the Interior Ministry should roll out a Rapid Results Initiative to tackle illicit and counterfeit alcohol, which have proliferated during the pandemic.

The reopening comes after alcohol manufacturers asked the government to lift the restrictions on bar operating hours amid a reduction in the Covid-19 positivity rate and vaccination has increased in recent times.

Speaking on October 14, the manufacturers had said that allowing bars and restaurants to operate longer would create more employment opportunities and help businesses in the hard-hit sector recover and become competitive.

Alcoholic Beverages Association of Kenya (ABAK) chairman Eric Githua told the National Emergency Response Committee (NERC) increasing the availability of licensed alcohol would also help keep customers away from the illicit variety, whose consumption has grown during the pandemic.

“ABAK notes the Covid-19 positivity rate in the last week has been averaging below five per cent, which is the recommended rate by the World Health Organisation for consideration in adjusting public health and social measures in the context of Covid-19,” said Githua in the petition.

He said the negative socio-economic situation the alcohol industry was thrown into at the onset of the pandemic, increased youth unemployment and crime would be mitigated by allowing bars and restaurants to operate longer.

Earlier, Prof Omu Anzala, a member of the team advised the Government on Covid-19 mid this month to remove the restrictions in light of keeping the economy stable.

The virologist and immunologist said Covid-19 is becoming endemic like the influenza virus and more effort should be on managing the health crisis and preventing its spread using strict measures.

He also pointed at the rampant abuse of the restrictions, with some bars remaining open beyond hours, and pointed out the fact that matatus have been allowed to resume full capacity.

Dr Githinji advocated for governments to ensure there is adequate oxygen, health workers, funding, large-scale vaccination and rigorous use of data to determine the length of curfews.

The medics have also pointed out the worries over the police using the enforcement of the curfew for brutality and extortion even as compliance has waned.

Kenya’s economy contracted last year for the first time since 1992, with only half of the key economic sectors marked by growth.