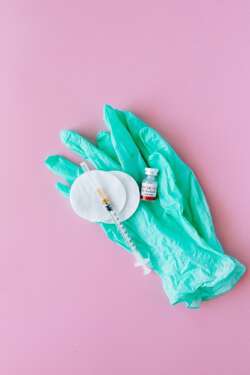 COVAX in Africa: Resetting the economy?

by Evelyn Shumba
in Africa, Economic Growth
0
Share on FacebookShare on LinkedIn

The super spreading virus that triggered a pandemic of global proportions has entered a second wave. Most African countries are struggling to cope. Their already fractured health systems are at pains and facing challenges in handling the ballooning cases. Lockdowns and travel restrictions are still in place for some countries, greatly impacting economic activity.

For example, Zimbabwe is currently in the middle of a month-long lockdown with only essential services operating. The restrictions have shut down all informal sector activity, which forms the bulk of economic activity. In South Africa, level 4 restrictions induced the closure of the busiest land borders.

Similarly, the Botswana government-imposed lockdown measures, travel restrictions, a ban on alcohol, and a curfew in response to the virus. These are a few examples of national responses to the coronavirus threat.

The effect of these control measures on lives and livelihoods cannot be understated. And the devastation on the economy is untold. For most African countries, the pandemic has wiped away the progress made over the years in addressing poverty.

The impact of commodities demand and the significant economic sectors, such as tourism and hospitality, have far-reaching effects. Additionally, adopting the new normal heavily depends on digital infrastructure, which is lacking in most rural Africa.

Around the world, vaccines have been developed that are currently being administered. South Africa, one of the most affected in Africa, has already begun administering the vaccine.  Sadly for most African countries, the prospect of vaccination is still far off.

Promising as the probability of vaccination may be, the sad reality of inadequate access to the vaccine remains. For example, already one major vaccine manufacturer has indicated that it has no plans to distribute to South Africa, significantly chipping into vaccine availability.

The manufacturer Moderna Inc has supplied the vaccine to the USA and Canada but says it will not supply to the southern African nation.  In Zimbabwe, health experts have said it might take up to six months before a vaccine becomes available.

According to news reports, the Kenya government ordered 24 million doses of the AstraZeneca vaccine anticipated to reach the country this month, for a population of close to 47 million.

The Tanzanian government has been reported to have shunned the vaccine altogether, opting instead for an herbal solution said to have worked in Malaysia.  Reports from Uganda indicate that the country has applied to receive a vaccine through GAVI, a partnering organization in the COVAX initiative.

These are just a few indications of the state of vaccine preparedness. If this is anything to go by, the prospects of a vaccine-induced reset are frighteningly low.

What is the COVAX initiative?

At the height of the first wave of the virus, some key stakeholders launched the Access to COVID-19 Tools (ACT) Accelerator. The World Health Organization (WHO), France, and the European Commission jointly coordinated to form a crucial starting-point for solution gathering. The COVAX initiative aims to bring governments, the private sector, and international health organizations to together participate in providing vaccines to all, even in low to middle-income countries.

Through the COVAX initiative, the African Union has reportedly secured 300 million doses to be delivered by March from 10 manufacturers. This will start the complex process of vaccinating the continent’s population. However, the differing economic and infrastructural terrains across the continent bring into question how these vaccine distributions will take place.

The ‘haves’ and the ‘have nots’

The more affluent among African economies have managed to secure vaccines on their own. This will help them achieve more widespread inoculation faster. For example, South Africa has secured 20 million vaccines for its own population.

In addition, other developed economies have been said to be getting more vaccines than they need, which could prevent other countries from getting vaccines. A case in point is Canada, which has signed deals for close to 414 million doses. In comparison to Canada’s population, this is five times more than what meets its needs.

This inequitable distribution of vaccines positions the ‘haves’ favorably over the ‘have nots’. With Africa as a prominent member of the ‘have nots’ community, this severely undermines chances of getting the vaccine’s benefits.

Scientists have said that to achieve effective herd immunity and reach the point when this virus mellows, its spread will be achieved when at least 60% of the population becomes immune. This means that for the vaccine to work, a significant portion of the world must be vaccinated.

However, given the inequitable access to finance, will this be achievable? Will the continent manage to secure sufficient vaccines to gain immunity?

The possibility of immunity to this virus brings hope for economies. Opening up once again would spur economic activity significantly. After the first wave of the virus, there was the hope of rebuilding better in the new normal. Perhaps this new normal will change the face of business and economies permanently.

There is a possibility of a new status quo going forward, which would see a move to the virtual way of doing things. While human interaction, in some sense, would still be there, the world might become more inclined to doing business the virtual way.

The digital sphere has much to gain in this regard.

This could imply either being caught up in the digital wave of revolution or being left behind for the continent. As such, there is a need to anticipate that a COVAX reset would not be a return to normal but rather a move into a Covid induced world of technology.

For that reason, it is imperative that governments and the private sector in Africa focus on strengthening digital infrastructure, tools, and workspaces to coordinate the business sector in this new world effectively. That means including the informal sector in this digital world.

The development of a vaccine brings hope amidst the fear and terrible realities of the Coronavirus pandemic. However, there is the question of whether poorer economies like that of the African continent will get adequate access to the vaccine given the lack of resources.

Going forward, the vaccine’s success will help tremendously in restoring economic activity, albeit in a new techno world. Is the continent prepared for this?