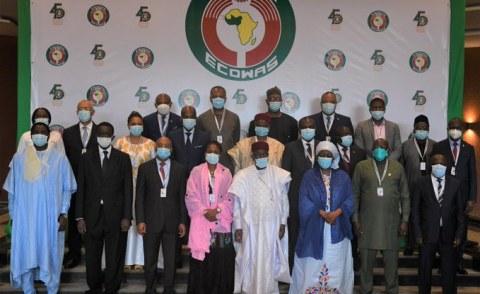 by Mustapha Juma
in Africa, West Africa
0
Share on FacebookShare on LinkedIn

The government of Benin’s imposition of a duty regime targeted at goods from Anglophone West Africa has forced Ghana to petition the Economic Community of West African States (ECOWAS).

Ghana in its petition argues that the duty regime has presented an unfair advantage to companies operating from Francophone West Africa that still benefited from duty and quota-free on exports in Benin.

Reports further indicate that Ghana petitioned the ECOWAS Commission for an immediate solution after several attempts to solve the issue at the country-to-country level failed.

Article 3 of the Revised ECOWAS Treaty states that one of the main objectives of ECOWAS is to promote the economic integration of the region by establishing, among other things, a Free Trade Area (FTA).

The instrument created for this purpose is the ECOWAS Trade Liberalisation Scheme (ETLS).

The ETLS is a tool that aims at the operationalisation of the Free Trade Area. Its mechanism ensures the free movement of originating products without the payment of customs duties and taxes of equivalent effect on importation into ECOWAS Member States.

But, Benin since last year has withdrawn from the ETLS, introducing a new regime which affords it the liberty to charge duties and taxes on products from only Anglophone African countries while giving their counterparts from Francophone Member States the opportunity to operate under duty and quota free regime.

The Regional Manager of the Accra Chamber of Commerce and Industry, Mr Daniel Osei Torgbor, said so far about 10 member-manufacturers of the chamber suffered the unfair duty regime in Benin.

He observed that most of the affected firms have been outcompeted in that market as most of their partners abandon them for cheaper alternatives to maximise profit.

“An example is that one of our companies that exports cooking oil to countries in Africa have lost its Benin market to a company in Malaysia due to the new duty regime introduced by the GoB,” he said.

To help resolve the issue, he said the GNCCI has had several discussions with the MoTI and MoFARI but has still not made any headway regarding the export challenges.

Under the ETLS, the GNCCI is the organisation mandated to issue certificates of origin for exports of goods to ECOWAS Member States.

20 per cent duty on products

The Managing Director (MD) of Interplast, Mr Hayssam Fakhry, said his company has also been affected by the new regime with 20 per cent duty slapped on its products.

According to him, the issue needed to be settled within the shortest possible time to help save the operations of many firms that have positioned themselves in Ghana to serve other West African countries.

The MD observed that Ghanaian firms were losing clients and businesses to Francophone countries and if the matter was not fixed swiftly, it would be difficult to get them back.

“All Ghanaian manufacturers are now not able to export to Benin under the duty-free regime following the decision to charge duties on products from Anglophone countries which is against the ECOWAS protocols,” he said.