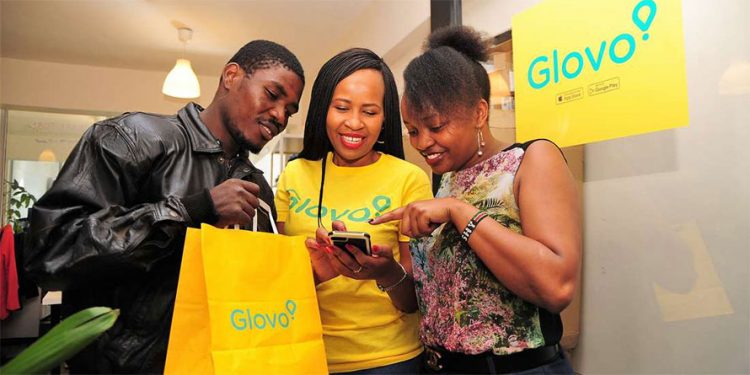 by Chacha Mwita
in Africa, Investing
0
Share on FacebookShare on LinkedIn

Glovo, one of the world’s fastest growing delivery players has announced a USD169 million Series D funding round, led by international venture capital firm Lakestar, as it plans to expand its operations in Africa.

The start-up, which recently launched in Nairobi, will use this injection of funding to bolster its growth within the Sub-Saharan Africa market.

Priscilla Muhiu, the firm’s head of marketing for Sub-Saharan Africa says the move aims at improving their response to customers.

“Glovo is committed to taking its tech capabilities and systems to the next level. We will use this opportunity to grow our team of tech experts to create a smarter and more efficient experience for customers and reduce waiting time for Glovers,” said Mrs. Muhiu.

“We also intend to expand our footprint across Sub-Saharan Africa, with new operations in Ghana, Nigeria and Tanzania,” she added.

Glovo hopes to ride on the rising number of smartphone users in Kenya which stands at 47 million.

“Being the latest smartphone-centred business to launch in Kenya, we hope to leverage the high level of smartphone penetration in Kenya to boost our growth,” said Mrs. Muhiu .

She went on to add that Glovo will also invest heavily in growing delivery categories beyond food, including groceries, drinks, gifts and courier.

Founded in January 2015 by CEO and co-founder Oscar Pierre, and co-founder Sacha Michaud, Glovo’s growth has been powered by venture capital investment.

Launching in a new city every four days on average last year, Glovo now employs over 1,000 people and is quickly becoming the fastest growing delivery player in Latin America and EMEA(Europe, the Middle East and Africa).

The round was led by Lakestar, the technology entrepreneur VC, and Drake, owner of global pizza franchise Papa John’s, with support from new investors; Idinvest Partners, European private equity and venture capital firm, and Korelya Capital, supporting the growth of European start-ups.

In order to become the everything app for cities and meet growing demand, Glovo will also invest heavily in growing delivery categories beyond food, including laundry, alcohol, pharmacy products and groceries.

To accelerate the growth of these categories further, the startup is investing in it groceries vertical, building dark supermarkets; enabling groceries to be delivered to customers within 20 minutes of placing the order.

The stores stock up to 1,000 items for Glovers to collect for customers in Barcelona and Madrid. This round of investment will fuel the expansion of these supermarkets across priority markets and help Glovo deliver a superior experience to customers worldwide, the management has noted.

Glovo will also be focusing on its new project – Cook Room – customer free spaces specifically designed to help partners cater to orders in an efficient way. The firm has has opened up Cook Rooms in cities in Spain with aspirations to expand these dark kitchens globally.

Oscar Pierre, Co-founder and CEO of Glovo commented on the recent funding: “Glovo continues to scale rapidly and we have big ambitions for this round of investment. Our main priority is to invest in our people – our team have been fundamental to our success to date and as we grow we need an even bigger team of engineers to meet the demand we’re experiencing.”

“Our aim is to lead in every market we enter and provide an on-demand experience that delivers for our customers, Glovers and partners. We believe innovations such as dark supermarkets, as well as our appetite to innovate to provide everything through one app for city dwellers, gives us a significant competitive advantage in the market for the year ahead,” Pierre added.

Dharmash Mistry, Partner at Lakestar , who will be joining the Glovo board, added: “We are excited to invest behind Oscar and the Glovo team. In only three years they have built a significant, multi country, next generation, branded last mile express delivery company. The bold ambition to deliver ‘anything anywhere’ in less than 30 minutes will continue to change consumer behaviour around food and grocery delivery, and much beyond.”

READ ALSO:French keen on investing in key areas in EAC

Is the Kenya shilling over valued? What experts think