UK Mozambique relations are growing, despite BREXIT's impact on Africa

by furtherafrica.com
in Africa, Business
0 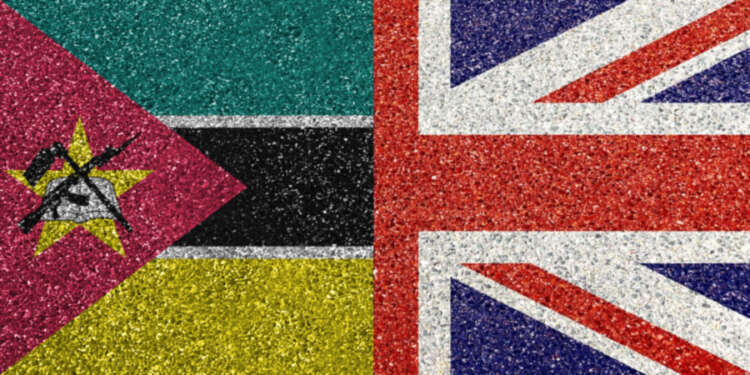 For the past few years, the thoughts of BREXIT have been a constant part of my thoughts. As we

approach the deadline, I have been looking closer into its aftermath and the consequences for Southern Africa.

I’ve acknowledged before and I will mention again the fact that the actions taken by the UK regarding Africa have been truly remarkable. The enormous effort that the government has and still is undertaking, in order to keep the UK a strong and competitive trade player in the continent are nothing short of extraordinary and we are already beginning to see results.

In a much-anticipated virtual visit to Mozambique last week, Her Majesty’s Deputy Trade Commissioner for Africa, Alastair Long held a number of meetings with some of the country’s senior government officials and key players in the private sector.

The meetings included the Ministry of Natural Resources and Energy Permanent Secretary H.E. Teodoro Candido Vales, the Permanent Secretary for the Minister of Land and Environment H.E. Emilia Dique Fumo and leaders in the agro industrial, land mapping and renewable energy sectors such as Maragra Sugar (An Associated British Foods Company), AgDevCo, Ordnance Survey and Globeleq.

Also Read: Final stretch for Brexit: What does this mean for Africa?

Mr. Long has co-chaired a semi-virtual webinar moderated by H.E. NneNne Iwuji, British High Commissioner to Mozambique with the participation of the Mozambican Minister of Trade, HE Carlos Mesquita and the UK Prime Minister Trade Envoy for Mozambique, H.E. Katherine Fletcher MP.

Once again it became clear to me that the UK is among the very few international partners with a sustainable vision to work with Mozambique as the country embarks on a LNG fueled development phase.

The discussions focused in feasible solutions to promote the inclusion of Mozambican agro industrial value chains in new LNG projects in the country, and their role in Mozambique’s socio-economic development.

The events were also the stage for the announcement of a new private investment in the agro industrial sector totaling £34,5 Million (circa US$46M).

I was also very glad to hear Mr. Long announce that the UK-Africa Investment Conference will take place on the 20th of January 2021 to keep the momentum and amplify the work done so far and support a green recovery post-COVID19.

This year’s pre-COVID edition of the event did much to raise awareness of the presence and strength of the UK both in Mozambique and in the continent as a whole.

Looking back at last January – the last event I’ve ever attended in person before lockdown, I can’t help but agree that it led to wider, stronger partnerships between UK companies and Mozambique Institutions, and also attracted UK investors to Mozambique by showcasing cases of success as AIS follow up and unlock the agro industrial opportunities arising from the Energy Sector (Local Content) as an engine for socio economic development.

One only wishes that more European countries would follow on the British footsteps for bringing together such meaningful events.

Over the last decade, Fabio has been involved with development and finance in Africa. Currently he is the Managing Director of Further Markets and is a board advisor at Uhusiano Capital.