The construction of the mall has now fully been funded privately

by Wanjiku Njugunah
in Africa
0 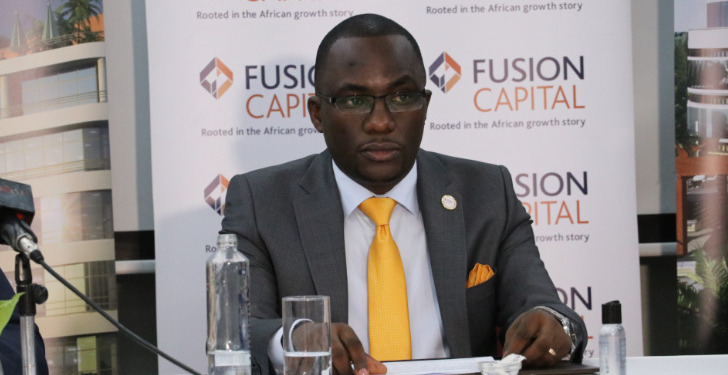 Nairobi-based real estate developer Fusion Capital Limited has raised over US$8 million towards the completion of Greenwood City Mall, in Meru County in Kenya.

The company, which doubles up as a private equity firm, had previously structured the financing of the mall as a Development Real Estate Investment Trust (D-Reit) which achieved a 38 percent subscription against the set threshold of 50 percent subscription, but the Shareholders of Meru Greenwood Park dropped the DREIT in favor of private funding for the development.

According to the firm, the construction of the mall has now fully been funded privately by investors from the United Kingdom and Finland to a tune of USD. 8 Million of new cash as well as local land partners.

Fusion Group’s Chief Executive, Daniel Kamau said, “We have a first-mover advantage in Meru and hence the decision to proceed with the circa 12,000 sqm shopping mall which we believe is going to be a destination mall for the towns surrounding Meru and for the Mt. Kenya East region. We are already in discussion with local and international brands looking to set up shop and as we speak, we are already at 36 percent occupancy and on track to achieve full occupancy by the time the mall opens for business.”

“All the ingredients of the retail success are present at the mall: an exceptional location, unique architecture, and ambiance, visitors have access to a wide range of shopping, entertainment, and dining choices.” – Said Cecilia Wahinya, from Triad Architects, who are the lead architects of Meru Greenwood City Mall.

Fusion Investment Management, a subsidiary of Fusion Group that manages both local and international funds raised this funding of the mall purely through an equity arrangement, thereby de-risking the investment, making it safe for shareholders to hold it in the short and long term. “The intention is to exit when the income from the mall development has stabilized and can exit at between 8-10% capitalization rate,” said Michael Kimondo, Executive Director, Fusion Investment Management.

Commenting on the same, Meru County Government CEC for Trade, Investment, Industrialization, Tourism, and Cooperatives, Maingi Mugambi emphasized the need for companies to tap into the opportunities that are available in counties in order to achieve equitable growth across the country.

“As a county government, we have created an enabling environment for commercial and residential real estate investment which is adequately complemented by surrounding infrastructure such as the planned LAPSSET corridor project which traverses the county,” said the CEC.

Meru Greenwood City Mall is part of a mixed-use development complex offering retail spaces, banking halls, eateries, play spaces, and office spaces strategically located at the edge of Meru Town. Meru County is in the Central Region of Kenya and is home to a population of over 1.5 million people.

Meru shares its borders with five other counties: Isiolo to the North, Nyeri to the South West, TharakaNithi to the South West, and Laikipia to the West making it an attractive business hub in the Mount Kenya region. The mall is expected to be a destination mall serving Meru and neighboring towns.

“We believe our tenants will achieve reasonable trades due to the location of the mall and the fact that there is no competition. The mall will immensely change the face of Meru Town while at the same time offering professionals and business people well-designed spaces to do business from,” said Nelly Mbugua, a director at Citiscape Valuers and Estate Agents.

In 2014, the company launched its first investment Sh2 billion in Meru Greenwood Park located in the central business district on a 7-acre piece of land, along the Nairobi- Meru road. The project was envisaged to have a 25,000sqm shopping mall, Grade A office block occupying 20,000sqm, 50 apartments of 2 and 3 bedrooms, and a public car park that can fit 240 spaces. Other amenities would include a swimming pool, sports club and cinema theatre.

Egypt aims to increase its agricultural production by 30% by 2024

Nigerian school to accept cryptocurrency as means of fees payment