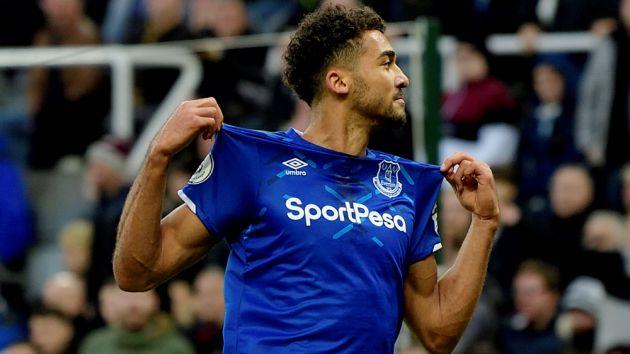 Amid a slew of different sports categories, the region has taken a keen interest in a couple of the sports segments.

Africa is no stranger to athletic performances on the world stage. To say the least, Africa is the hub of sports prodigies across the world, and yet there is much to explore economically that Africa needs to do, for the sake of the coming generations.

Amid a slew of different sports categories, the region has taken a keen interest in a couple of the sports segments.

The region of more than 1.2 people, with almost 60 per cent of its population being under the age of 25, according to United Nations projections, will eventually turn out to be the world’s youngest continent. This means there are more talents, more fans and possibly more ticket, merchandise and consumables sales.

Football is performed nearly all over the continent and the entire world reaps fresh and unique talents from different sports academies and local clubs in Africa.

It is with no doubt that sport as an independent form of recreational entity and labour per se, contributes to the economy greatly (if all factors are well served, i.e. policy, investment and strategic planning).

The 2019 African Cup of Nations (AFCON) held in Egypt drew nearly $85 million in revenue, according to Confederation of African Football (CAF). In this context, the prominent events signify there is more potential for all sports not only soccer.

AFCON alone presents a lucrative deal to sportsmen and sportswomen, hence—according to Africanews report, in the 2019 edition, all participating teams took home $600,000 and the top-performer walked off with $4.5 million plus the trophy.

The continent has seen the direct benefits of the sports sector, via employment, revenue from sports events, general taxation and consumables.

Hence—the sector has also attracted other buyers to chip in, such as product and their associated advertising companies, offering humongous sums of funds to stadiums, clubs and players to maximize the reach of clients.

Africa can bear witness to how sports—particularly football—can change a country’s economic landscape and attract necessary attention, particularly to its tourism sector. The 2010 World Cup in South Africa demonstrated that perfectly.

According to Washington Times, South Africa—which spent nearly $3 billion to organize the global showpiece, in return, noted that the global competition gave the country enormous intangible legacy and placed the rest of the content on a crucial pedestal.

With the current famous sports leagues executed across the continent, particularly football club leagues in Tanzania, Egypt, South Africa, Cameroon, Nigeria and Kenya drawing global attention and revenue as well, it is safe to believe that there is more to the sector apart from football.

There is a whole new line of benefits within sports for Africa. As it is the youngest continent, with fresh muscle and talent filling different sports categories, there is ample room to maximize for instance, the textile industry—with the sport clothing lines, as well as other sports paraphernalia—caps, team mugs, sun visors, backpacks, pens, pencils—you name it!

In Tanzania—which is now a low-middle income country, sports activities are gaining economic recognition across borders.  In November, the country saw triple sports events attracting not only a large swathe of fans but international competitors, from Tunisia (football match) and Argentina (boxing match with Tanzanian as opponent) and the local derby—dubbed Kariakoo Derby involving top football clubs Simba and Yanga SC.

Further, Tanzania has seen a rise in football derby earnings; throughout the year the nation’s vibrant football clubs (Simba and Yanga) matches have been drawing $100,000 to more than $232,000 from ticket sales.

In Kenya, marathons have become a symbol of athletic supremacy across Africa.  Eliud Kipchoge’s performance has marveled the world and showcases how much potential Africa has to the rest of the world.

In a nutshell, all these fair developments the continent has gained, show that there is more needed, in terms of investment in stadiums, sports academies (and with them sports scholarships), sports-performance items and business operations.

It is with no doubt that Africa has plenty of sporting potential, in terms of talent and fans to support it. After that fact is laid, now let us see how the sector can be improved from the current standpoint, where only widely known events garner heavy earnings and global recognition.

The region could explore the potential buried under marathons which harbour plenty of prospects not only for runners but communities hosting these competitions.  This scenario brings other categories to the fore, such as boxing, rugby and cycling.

As East Africa stands tall and proud of Kenya’s dynamic, unique abilities and recognition on the world stage, this fact alone should be a motivator to utilize marathons as a business opportunity.

AFCON is one of the major events attracting millions of fans in stadiums and virtually, it has also allocated millions of dollars as prize money for the top performers.

Hence, this kind of an interregional event and others are a proper venue to maximize not only the performance of national teams but enhance other auxiliary sectors, such as leisure and tourism, merchandize purchasing and consumables.

Despite TV rights to the airing of matches, there are other means of garnering income such as brand association and equity.  At the moment not many sport events get to benefit from TV broadcasting rights, brand association and private equity.  Boxing, cycling and regional marathon competitions (which are now attracting decent virtual and physical attention, viewers and attendees) could benefit hugely from such avenues and add value to the sports categories.

However, according to Africanews, in the 2013 championship edition, Pepsi, Adidas, Standard Bank, Samsung and Puma all continued with existing contracts of partnership running through 2016 (Samsung’s deal ran until 2015).    In light of more soccer tournament demands in the region, prominent brands such as Nike, Coke, Barclays Bank, Fly Emirates (who support other sports tournament editions) could gain decent brand or marketing recognition and in tandem support the African football landscape.

Accaglobal, a professional accountant body noted that a Harvard Kennedy School paper in 2017 estimated that all Africa’s football clubs combined have a turnover below US$400m (Europe’s top 10 clubs all make more individually). In that context, Al Ahly SC (Egypt) is the most wealthy football club in Africa with a $28 million turnover, while Kaizer Chiefs (South Africa) comes second with $23 million.

Financial data is almost entirely inaccessible for many African clubs, making it impossible to assess the full economic value of the game on the continent.

Hence, this shows that there are plenty of millions yet unexplored in all categories of sports.  In that context, it is a viable potential for sports to be a business in Africa, not only from the obvious ticket sales, but more in digital marketing, sports-merchandize production, and talent recruitment as well as training.

Sports presents a valuable potential to the continent, which has given a number of athletes to the world stage. (For instance, Zinedine Zidane is a fine example; his parentage is from Algeria even though he was born in and has played for France).

Africa can begin to enhance its present competitions platforms, across regional communities, such as Kagame Cup in East Africa, featuring more than 32 games, which means there is potential towards digital marketing as broadcasting becomes seamless and profitable for any streaming platform or television company.

The sports industry is expanding in Africa, as nearly every country has active participation in one of sports category performed in the continent. Hence, sports has ample opportunities to enable the continent to utilize the $5.6 trillion business opportunities potential by 2025 as estimated by Mckinsey in 2016.