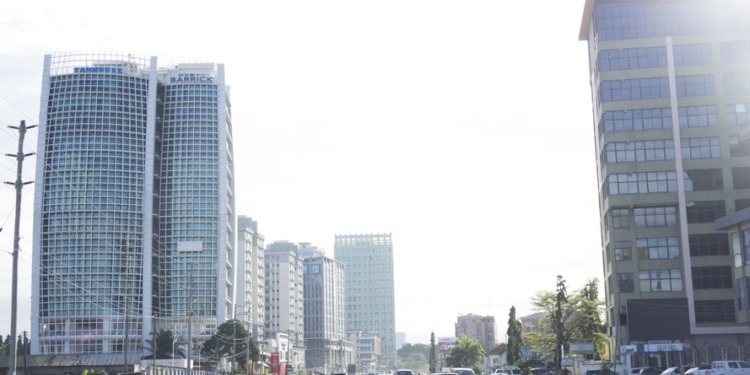 Economic uncertainty coupled with contracting income levels in 2020 decreased loan demand, subsequently leading to a suppressed credit growth of 4.5% in 2020 compared to 13.6% in 2019. Recovering / UNSPLASH

by Wanjiku Njugunah
in Africa, Tanzania
0
Share on FacebookShare on LinkedIn

Tanzania’s financial services sector, which contributed approximately 3.8 percent to the country’s total GDP on average over the past five years, was weighed down by subdued loan demand in 2020.

This is according to a report by Deloitte which indicates that the slowdown of the economy owing to the coronavirus pandemic as well as declining income levels also affected the sector.

According to the report, loans and advances to customers on the other hand increased by approximately 4.5 percent in 2020 compared to 13.6 percent in 2019 as people turned to credit for relief.

“Economic uncertainty coupled with contracting income levels in 2020 decreased loan demand, subsequently leading to a suppressed credit growth of 4.5 percent in 2020 compared to 13.6 percent in 2019,” the report says.

“The impact of COVID-19 is further underlined as growth of credit to the private sector eased down to 3 percent in 2020 compared to 11 percent in 2019.”

On the other hand, declining consumer spending translated into higher savings by consumers and is estimated to have driven a 5 percent increase in customer deposits in 2020.

Some of the measures included allowing the restructuring of loans by commercial banks as well as the reduction of the Central Bank Rate (“CBR”) from 7 percent to 5 percent in 2020.

Lenders were also mandated by BoT to reduce their NPL ratios to below 5 percent by December 2022.

Deloitte says growth in the financial sector is expected to reach 6.5 percent in 2021 amid a recovering economy and income levels.

Consequently, this should see loan growth surge by 11 percent over the same period, thereby signaling a period of recovery for the sector.

The CBR, which was reduced from 7 percent to 5 percent in 2020 to facilitate cheaper financing, is expected to remain constant at 5 percent in 2021 thereby providing stimulus for economic activity in Tanzania.

“With the ongoing efforts of vaccination globally, the tourism and export sectors are expected to rebound in the medium term (2021-2025). This is expected to feed through into improved labour market conditions, which is projected to increase loan uptake by 11 percent in 2021,” the report says.

In the equity market, the Dar es Salaam Exchange (DSE), which has historically reported slow growth due to its limited capitalization, reported a YTD loss of 14 percent as at 31 December 2020.

According to the report, this was driven by the decline in share prices of cross listed companies in the bourse, reducing market liquidity and a preference for government securities by investors.

The decline in share value is on account of the negative impacts of COVID-19 pandemic on the DSE and resulted in a 15 percent (TZS 2.6 trillion) decline in market capitalization between January 2020 and December 2020.

As at 30 June 2021, the DSEI reported a YTD gain of 10.9 percent in line with increase in share prices of listed firms.

The report projects that DSE’s long term growth is expected to be driven by privatization of state-owned assets and the increase in SME (Small and Medium-Sized Enterprises) listings.