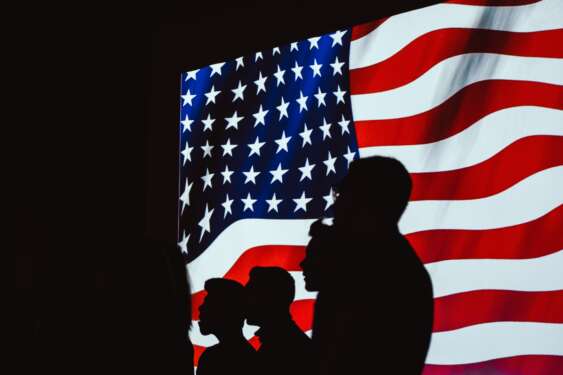 The continent has a 1.2 billion large market and an increasing middle to upper-middle class.

Africa is a budding continent. A resource-rich continent with a young population and one of the highest growth rates. The continent has a 1.2 billion large market and an increasing middle to upper-middle class. Conflict is not as prominent as yesteryear, and though still trudging slowly, democracy is on the rise on the continent.

The continental focus is on strengthening trade, improving infrastructure, health, and building on the past decade’s growth towards Agenda 2063. A part of Africa’s expansion is partnering through trade initiatives to overshadow the legacy of aid.

The United States has been a part of pushing this agenda forward. Holders of the top job in America have, in one way or the other created an Africa-specific program in infrastructure, health, and other developmental programs. Programs that extend beyond aid like AGOA and ProSper Africa proved to be a step in the right direction.

Continuing on programs such as these, the new president of the US Joe Biden has the opportunity to grow relations with African nations at this crucial time. By aligning US foreign policy to include championing mutually beneficial trade agreements with Africa, the opportunity is wide open for the new administration to latch onto Africa’s growth in a win-win arrangement.

President Biden has already made indications of a mutually beneficial tone towards Africa. Speaking at a virtual African Union summit hosted by Ethiopia, the new president of the United States expressed the readiness to partner with the African continent for a mutually beneficial arrangement.

“The United States stands ready now to be your partner in solidarity, support and mutual respect.” President Joe Biden, speaking virtually at the AU summit

The AU leadership welcomed this stance. The African Union Commission chair Moussa Faki Mahamat expressed the intention of the AU to work towards improving this cooperation.

With the strategic intention laid down, the path to building a mutually beneficial blueprint has been laid. Building on the competitive advantage, economies of scale, and technologies of  American business, the new regime can expand on initiates like AGOA  and introduce new programs that are Africa specific. These programs should be suited to the  African situation and the needs of the continent.

In a change from Trump’s America first policy, the Biden administration has indicated a return to multilateralism and diplomacy. The advent of the continental free trade area presents an opportunity for the continent to take advantage of opportunities through multilateral organizations.

With 2021 having been declared by the United Nations as being the year of the creative economy, the African creative industry is a lucrative arena that can benefit from US relations. This vibrant sector can benefit immensely from technology, exposure, and financial backing. Already the film industry is becoming a significant contributor to GDP.

The growth of the creative sectors continues to catapult to new heights. The US market in the last few years has taken an interest in the African creative scene.  African music stars like Burna boy have collaborated with US artists of international acclaim.  The world’s most prominent record labels and streaming sites are also increasing the footprint in Africa.  Universal, Sony, and Apple, among others, are slowly showing a larger presence on the continent.

The film industry is following the same trend. Apart from African artists having a more leading role in Hollywood films, film production giants like Netflix and Disney are increasingly showing an interest in producing original African films. These productions appeal both to the local and international markets. This presents a critical opportunity for the new administration to leverage these wins and structure programs around the creative industry.

The digital sphere is another sector that could benefit immensely from US/ Africa relations. Mobile and telecom connections are growing; however, in most places, they are still at 3G and below. The cost of data is still very prohibitive, and the network is slow. It is estimated that the required investment to bring universal broadband connectivity by 2030 is approximately $100 billion. Given a population with an average age of 18 and improvements in collective actions towards a vibrant economy, this need for investment presents a significant investment opportunity through the expansion of the DFC’s digital infrastructure program to go hand in hand with the Power Africa initiative the cost of data would decrease significantly.

Investment in the digital infrastructure necessary for e-commerce, e-agriculture, e-health among others is a wide-open arena with substantial potential returns. The sector is currently dominated by Chinese 2g and 4g infrastructure. The market remains a wide-open arena through focused investment in improved technology similar to the Google and Facebook undersea cables.

Will, there be a shift in relations, or is it mere rhetoric?

As president Biden has promised an improvement in relations between the US and Africa, the question remains whether there will be any observable change in relations or will it stay mere rhetoric? Similar to the Obama administration’s anticlimax, these expectations on the new administration might remain just that.

With the whole world dealing with the coronavirus, funding the vaccine and trying to stabilise economies, it is plausible that the administration will remain focused on the problems at home.

In addition, the Trump administration initiated a trade war that may not be quelled so quickly by diplomacy. Already the US stands in a disadvantaged position given that China is the only country that recorded economic growth in 2020. This skews the relationship in favor of China.

Read also: The United States and China in Africa: What Does the Data Say?

Additionally, the transition to power was anything but smooth. If the riot on Capitol Hill is anything to go by sentiment among the Trump supporters is strongly anti-Biden. Especially since Trump did not concede the election, Biden could be facing a politically polarised electorate that could make his term challenging to say the least.

All in all, the new president might have his plate too full to fit the African agenda.

However, there is hope that the president might build on US Africa initiatives of yesteryear as the US attempt to prevent being overshadowed by China on all fronts.

It is early days yet. The outcome of the Biden presidency on US Africa relations remains largely undeterminable at this stage.