Liberalisation of the skies leads to 9 per cent lower average fares and a 41 per cent increase in frequencies, which in turn stimulate passenger demand. It is estimated that liberalisation between the five EAC countries could result in an additional 46,320 jobs and US$ 202.1 Million per annum in GDP each year

by Kawira Mutisya
in Aviation
0

KQ flies to the US- The Exchange

Implementation of the Open Skies for cargo in the EAC will increase connectivity, improve consolidation and boost export of fresh products (horticulture & fish) to international markets amid the pandemic, a regional business body has said.

The East African Business Council has urged the East African Community member states to liberate their skies in order to boost business in the region.

According to an analysis of the Aviation sector in East Africa published through a joint partnership of the EABC, InterVistas and with funding from Ukaid, the bloc needs to implement the Yamoussoukro Decision in order to reap the benefits of aviation sector in its fullness.

In 1999, the Yamoussoukro Decision (YD) was adopted out of recognition that the strict regulatory protection that sustains national carriers has detrimental effects on air safety records, while inflating air fares and dampening air traffic growth. The Eastern Africa Community (EAC) has elected to revise Bilateral Air Service Agreements (BASAs) to align with the principles of the YD.

However, the study notes that the implementation of YD remains pending although there has been tangible progress in other relevant matters, such as the establishment of joint air safety and security agencies. One of the factors contributing to the slow take-up of YD’s principles, the analysis notes, is a lack of clear and specific information regarding the impacts of enacting such liberalisation.

The study dubbed ‘What are the Costs and Benefits of ‘Open Skies’ in the East African Community (EAC)?’ was aimed at closing some of the information gaps around the impact of implementing the YD in East Africa.

The research has repeatedly found that liberalisation has led to increased traffic volumes, greater connectivity and choice and lower fares. Furthermore, the benefits of air service liberalisation extend well beyond the aviation industry and passengers – it contributes to greater trade and tourism, inward investment, productivity growth, increased employment and economic development.

“Liberalisation leads to 9 per cent lower average fares and a 41 per cent increase in frequencies, which in turn stimulate passenger demand. It is estimated that liberalisation between the five EAC countries could result in an additional 46,320 jobs and US$ 202.1 Million per annum in GDP each year,” the study noted.

On the economic Impact of Liberalisation within the EAC the report shows that it leads to lower fares and higher frequencies, which in turn stimulate passenger demand.

In terms of the key results for liberalisation, the study notes that significant results were found to reduce average fares by 9% while restricted routes increase frequencies by 41% on average- all else being equal.

Furthermore, the results showed that that partial liberalisation in not effective in achieving equivalent impacts. Only once all the major restrictions are removed from BASAs is there a substantially impact on fares and frequencies.

“The gravity model was used to estimate the impact resulting from complete liberalisation of BASAs from the five EAC countries. This includes not just the impact on traffic and air services but also on the wider economy. The analysis assumes that all five countries are able to sign ‘open skies’ BASAs, along with improvements in taxation and infrastructure to fully maximise the benefits of liberalisation. The resulting impacts on traffic volumes, employment and GDP and are summarised in the diagram below. Across the five EAC countries, liberalisation between the countries is projected to result in an additional 46,320 jobs and US$ 201.1 Million additional GDP each year (0.06% of the total GDP of these countries).” The study notes.

According to the study, the current aviation services are limiting trade, tourism and business, and liberalisation would help remove these limitations and benefit the economy. If this is operationalised trade and tourism would be significant beneficiaries from liberalisation.

Tourism in particular is an industry dependant on good air access to a country and its associated offerings. Respondents noted that the ease with which goods could move through the EAC region would significantly boost trade and unlock additional opportunities and markets. Business development and investment is another area that would grow since it would allow for easy and affordable movement.

One of the main challenges in many East African countries is poor transport infrastructure, which hinders swift movement and increases costs of doing business and limits investment. Improvements in air service from liberalisation would lead to savings in time and ultimately catalyse trade and investment. 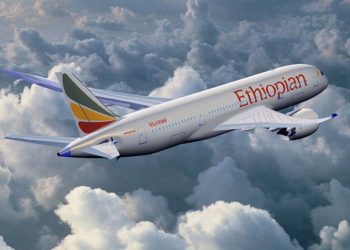 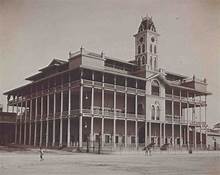