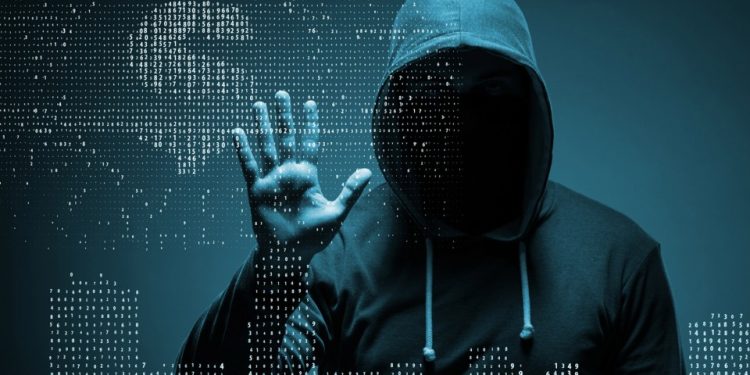 The latest financial sector stability report prepared by the Central Bank of Kenya (CBK), and the Sacco Societies Regulatory Authority (SASRA), stand but a distinct testament to the deleterious effects of cyberattacks on these lucrative financial institutions entrusted with members’ hard earned savings.

by june njoroge
in Banking
0
Share on FacebookShare on LinkedIn

Savings and Credit Co-operative Societies (SACCOS) have embraced the new cybersecurity course launched by the Chartered Institute for Securities and Investments (CISI) in full throttle, given the gravity of cybercrime that has plagued the vibrant sector hitherto.

The latest financial sector stability report prepared by the Central Bank of Kenya (CBK), and the Sacco Societies Regulatory Authority (SASRA), stand but a distinct testament to the deleterious effects of cyberattacks on these lucrative financial institutions entrusted with members’ hard earned savings.

The report indicates that SACCOs lost Kshs 106 million, in the 17 months to March 2021 to cyber theft. To boot, the report deduces that the losses are an equivalent of Kshs 6.23 million per month or Kshs 208,000 daily; that was siphoned largely through software vendors, engaged by the SACCOs to provide technology solutions, exploiting weaknesses well known to them but unbeknownst to SACCOs.

The CISI cyber security course dubbed ‘Corporate Cyber Security’ possesses key features such as online self-learning short course taken anytime and anywhere, on any device with an assessment certificate when you pass; covers the essential information needed by professionals working in financial services on this subject; enhances understanding of all the key elements from a global perspective; written and reviewed by a team of experts.

Moreover, it explores the nature of cyber risk, types of attacks to look out for, measures to take in case of an attack as well as regulatory details and legal requirements. In the wake of increased digital channels and expansion of mobile broadband networks, that has paved way to mobile banking, cybercrime has equally surged.

“The new certification will strengthen firms to prevent potential paralysis of computer systems, loss of data, theft; which may lead to disruptions, fines or even sanctions for inadequate protection. The course was developed following requests from leading financial firms and contains relevant and up-to-date material on key topics on cyber security.” notes John Kihoro,ACSI,the East Africa representative of CISI.

CISI, is the leading professional body for securities, investment, wealth and financial planning professionals whose core purpose is to champion lifelong learning and intergrity,raising individual standards of knowledge, skills and behavior globally to enhance public trust and confidence in financial services. Formed in 1992 by the London Stock Exchange practitioners, it currently has a global community of about 45,000 members in 104 countries.Furthermore,it, it targets personnel working in all areas of financial services, which comprises of wealth planning, securities and equities, operations, risk, compliance, corporate finance, regulation and fintechs.

The new report further confirms an earlier one by Serianu, a leading cybersecurity consulting firm, released mid-August that 21 percent of SACCOs never carry out cybersecurity audits; while 48 percent do so once a year, therefore rendering them unaware of weaknesses in their network. In addition, some 22% of SACCOs do not conduct any due diligence on vendors before engaging them, with 58% only running background checks on major vendors.

The report further revealed that weak IT infrastructure has made SACCOs vulnerable to such attacks; with most of them spending larger proportions of their limited IT budgets, on acquiring and rolling out the technological infrastructure, but leaving little to secure and maintain the networks. In 2020, the number of SACCOs spending between Kshs 500,000 to Kshs 1M on modernizing IT systems had risen by 27% from 14% in 2019.

In light of this, SACCOs have been advised to fortify their control systems and review contracts signed with software vendors; holding them accountable when losses occur. The report recommends that all SACCOs must immediately review and enhance their cyber security strategies, undertaking indemnity covers to safeguard against attacks. By the same token, they should invest in strong security systems, to boost their chances of joining the national payment system.

The Covid-19 Pandemic, unveiled the gaping need for digitalization of African Co-operatives and has inarguably, expedited its progress, with many leveraging on their online platforms, as a safety net to serve their members. In light of this, the World Council of Credit Union (WOCCU) has set ‘Challenge 2025,’ with the primary objective, of increasing membership in Co-operatives worldwide, through the digitalization of the of the global Co-operative system by 2025.

In  2014, the Council set a goal of reaching 260 million, Co-operative members worldwide by 2020.A concerted worldwide effort, by Co-operatives was able to see the fulfilment of the ‘Vison 2020” goal by 2017.However, it was noted that the co-operatives that grew, were those that offered core services via online and mobile channels, hence the need for  challenge 2025.The Council continues to measure digitization of Co-operatives, in four key areas and report annually on the progress being made toward challenge 2025;digital channels through offering members core digital transaction services, such as online loan processing, mobile and internet banking.

Inculcating digital payments, is another significant area of focus that will connect co-operatives, to a shared payment system, allowing mobile payments and integrated with a national payment system. Employing data analytics, will also be an interest area, in determining additional service offering to members, and identifying those that need financial literacy or counseling services. Cybersecurity, makes for the fourth critical area, in the achievement of Challenge 2025, through the implementation of a cybersecurity system that complies with national regulations, to protect members’ consumer data from digital attacks and intrusions. In the wake of cybercrimes such as phishing schemes, account takeover fraud, data breaches, identity theft, money laundering and other digital scams; cyber security systems are of utmost importance to protect members’ funds.

SACCOS make up about 45% of Kenya’s Gross Domestic Program (GDP), with an asset base of over Kshs. 1 trillion, mobilized savings and deposits in excess of Kshs 800 billion and a loan portfolio of 750 billion respectively. In addition, the sector employs more than 500,000 people, whilst necessitating self-employment, especially through lending. The Ministry of Co-operative Development estimates that 80% of Kenya’s population, derives their income either directly or indirectly through Co-operative activities.

Kenya recently scooped the 2020 membership growth award, by the World Council of Credit Unions (WOCCU), it has the largest Co-operative movement in Africa and is ranked in the 7th position globally, making it very pertinent in the economic and social development of the country. In the long term pursuit of Vision 2030, Co-operatives were identified as key partners, with flagship projects and Medium-Term Plans already underway.Co-operatives are also paramount in the achievement of the Big 4 Agenda, birthed by the President, towards the ultimate realization of vision 2030.Furthermore, they are key vehicles in the ultimate realization and achievement, of Africa’s Agenda 2063 and the United Nations Sustainable Development Goals (SDGs). 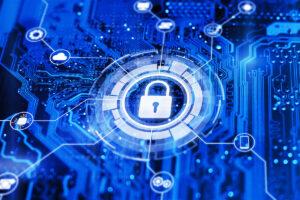 Review of SACCO Performance in Kenya

According to the 2020 Sacco Supervision Annual Report released by SASRA; Co-operatives are playing a critical role in transforming the lives of many Kenyans, hence the rapid proliferation of the movement. The report indicates that there are 175 licensed DT-Saccos boasting a membership of 5.47 million persons in 2020, compared to the 4.5 million of 2019.A majority of the membership was found to be among 49-Farmer-based which accounted for 41.93%; 43-Teacher-based Saccos came in second at 22.91%; 22-Community-based lot at 17.87%; 37-Government-based at 11.69%; 24- Private sector-based at 5.60% of the total members.

This shows that more and more DT-Saccos are relying on internally generated sources of funds to finance their assets and thus a reduction in reliance on external sources of funds. The financial investments component of the total assets increased notably from Kshs 36.97 B in 2019, to Kshs 56.86 B in 2020. These were made up of investments in government securities, balances with other Sacco Societies, investments in companies, as well as other securities.