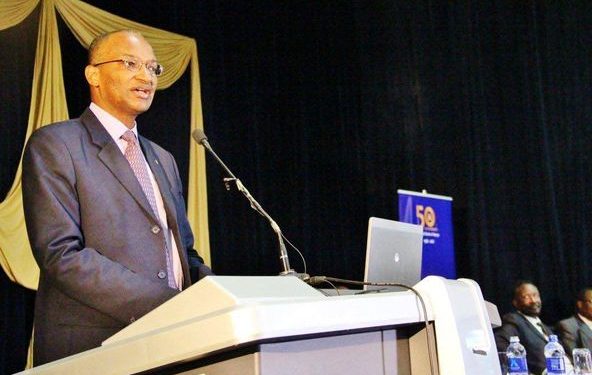 by Kiptoo Kosgei
in Banking
0
Share on FacebookShare on LinkedIn

In the financial year ended December 31, 2021, the banking sector in Kenya registered a growth of pre-tax profit of 78.5 per cent.
The Central Bank of Kenya’s Bank Supervision Annual Report 2021 revealed the sector’s assets grew from KSh 5.4 trillion in December 2020 to KSh 6.0 trillion in December 2021, representing an 11.4 per cent increase.
The report revealed that customer deposits grew from Sh 127.2 billion in 2020 to Sh 136.3 billion as of December 2021.
According to The Standard, chief executive officers (CEOs) of listed banks in Kenya took home Sh 1.4 billion in 2021.
The top earners:
1. Gideon Muriuki
Co-operative Bank CEO Gideon Muriuki was the highest earner during the period under review.
Muriuki took home Sh 397.1 million in direct compensation. His fat pay came after he steered the lender to record a net profit of Sh 16.5 billion.
According to Co-op Bank’s 2021 annual report, the lender has progressively improved profitability from a huge loss of Sh 2.3 billion in 2000 to Sh 16.5 billion in 2021.
Under Muriuki’s leadership, its asset base has increased from Sh 22.3 billion to Sh 580 billion.
2. Joshua Oigara
The former Kenya Commercial Bank (KCB) CEO was placed second behind Muriuki with compensation of Sh368.5 million. This was a significant increase from the Sh 252.3 million he received in 2020.
Oigara received Sh76.4 million in annual pay, but a bonus of Sh 241.1 million saw his pay rise by 217%.
“Executive directors are entitled to performance-based bonus pay. According to the bonus policy, 75 per cent of the approved bonus is paid within 12 months after the year-end,” the bank said in a statement.
KCB registered a record 74% rise in profit after tax for the full year ending December 2021 to KSh 34.2 billion.
3. James Mwangi
Equity Group Holdings Ltd managing director and CEO James Mwangi’s pay fell from Sh 278.53 million in 2020 to Sh 143.02 million in 2021.
The cut was attributed to the absence of the gratuity he received in 2020.
However, Mwangi’s basic pay increased from Sh 56.73 million to Sh 78 million, translating to average monthly pay of Sh 6.5 million.
Under Mwangi’s leadership, Equity reported a 99% rise in its full-year 2021 net profit to hit KSh 40.1 billion.
4. Kariuki Ngari
The Standard Chartered Bank of Kenya boss saw his earnings jump from Sh 90.64 million in 2021 to Sh 115.63 million in 2021. Ngari’s pay was boosted by a huge bonus of Sh 35.94 million.
Ngari’s annual basic pay during the period was Sh 45.37 million ( Sh 3.78 million monthly).
Stanchart’s profit after tax soared by 67 per cent in 2021 from Sh 5.4 billion in the previous financial year to Sh 9 billion.
5. Jeremy Awori
Absa Bank Kenya PLC CEO Jeremy Awori saw his pay increase by 28 per cent. He took home Sh 106.78 million in 2021 compared to Sh 83.31 million in the preceding year. His pay was inclusive of a Sh 23 million cash bonus.
Awori guided ABSA to record a 161 per cent increase in net profit in 2021 to Sh 10.8 billion.
“The remuneration of executive directors consists of fixed and variable components that are designed to ensure a substantial portion of the remuneration package is linked to the achievement of the company’s strategic objectives, the lender stated in its report.
As a result, the lender started paying dividends again with a payout of Sh 1.1 per share. The dividend amounted to Sh 5.9 billion.
READ: Kenya: PesaPal advises businesses to integrate payment gateways to prevent online fraud
Tags: Gideon MuriukiHighest paid bank CEOs in KenyaJames Mwangijeremy aworiKariuki Ngara