Africa exported over 15 tonnes of legal cannabis to the rest of the world in 2021, a tenfold increase from 2020.

by Joseph Kangethe
in Africa, Business
0 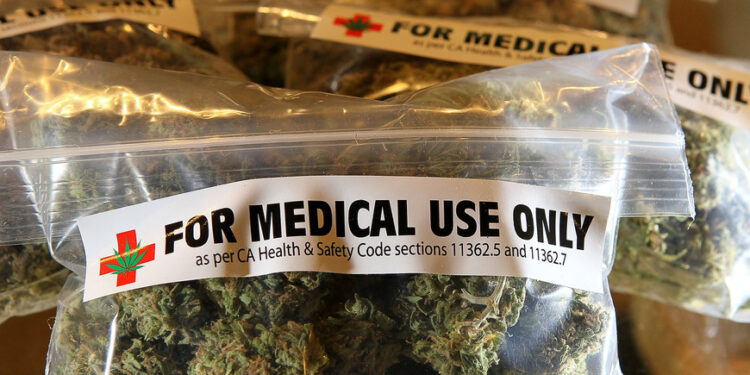 According to Phobition Partners, a research and consultation firm that deals in the legal cannabis industry, Africa’s medicinal cannabis market will be worth US$7.1 billion by 2023.

Cannabis is the world’s most cultivated drug.

Africa’s hunger to exploit the cannabis market is accelerating because of the much-needed revenue and the effects of the COVID-19 pandemic. Discussions about cannabis as a cure of the Corona Virus, though not backed up by any science, have gained foot, with some promoting the plant to combat some effects of the virus.

In June 2020, South Africa got the trial of marijuana off the ground as part of the six herbs that could effectively fight the COVID-19 pandemic.

A 2020 report by the research firm estimates that the marijuana market will be based majorly in the following five countries. Market size would generate as follows if the required legislations take effect:  Nigeria (US$3.7 billion), South Africa (US$1.7 billion), Morocco (US$900 million), Lesotho (US$90 million), and Zimbabwe (US$80 million).

The co-founder and CEO of the Africa Cannabis Advisory Group, Sibusiso Xaba, said that he had experienced the most significant recent developments in South Africa, projecting that the market in the country will be the largest by revenue.

Xaba reported that Africa exported over 15 tonnes of legal cannabis to the rest of the world in 2021, a tenfold increase from 2020.

Despite the regulations and legal concerns in the country, the progress in South Africa is gathering the hype. The government has allowed commercially restricted hemp farming, a botanical class of cannabis that contains less THC (the psychoactive compound that causes the “high” effect).

As governments across Africa change their approach to embracing the product’s farming, they are making multi-million-dollar investments in the sector.

On June 3, 2020, Goodleaf, one of South Africa’s pioneer brands of commercial cannabis, merged with Highlands investments from Lesotho, the first country to legalize marijuana in Africa, in a deal valued at about US$45.2 million.

Morocco legalized the product last year. Reports show that the “illegal” cannabis industry exported 13 billion worth of pot to Europe annually and employed over 1 million people despite the plant being illegal.

By improving regulations and legal frameworks, countries located along the equator have an immense potential to contribute to Cannabis innovations for the production of medicine, paper, eco-bricks, and plastics.

Nqobile Bundwini, a lecturer at the University of Cape Town, says that cannabis can revive South Africa’s ailing economy.

“South Africa tends to lag behind and not use its rich resources optimally. And if we don’t, we will get left behind in a situation where we should be the pioneers and leading from the front,” Nqobile said.