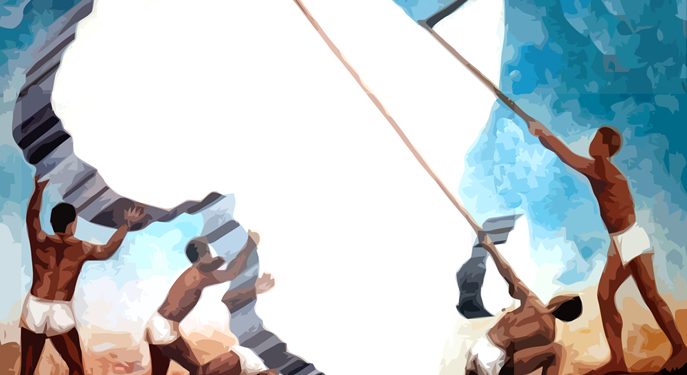 The continent has registered very impressive economic growth over the last decade due to strong fundamentals like rapid urbanization.

Africa’s time is now. The case for investment

The continent's investment proposition has never been stronger

The case for investment in Africa is compelling. At no time before in history has the continent formerly and perhaps harshly referred to as the dark continent been so promising in terms of its economic potential.

The continent has been home to some of the fastest growing economies in the world. The continent according to research conducted by Standard Bank Group published in a report titled “Infrastructure Financing in Sub Saharan Africa for Institutional Investors”, states that in the last decade there have been 4 notable trends in Africa:
1. A larger, younger, and more affluent population
2. Africa’s transformational urban swell
3. Technological advances that have caused the continent to leapfrog
4. A deepening financial sector
These four trends have acted as structural drivers of Africa’s renewed economic promise. Over the last 10 year, specifically between 2010 and 2019 the collective economy of Africa grew by 55%. In monetary terms this is growth was from US$ 4.7 trillion to US$ 7.2 trillion. This growth trajectory is consistent with the global economic growth during the same period. The report makes a very important caveat by mentioning that growth in Sub Saharan Africa during that time was relatively flat. The main driver of the growth during that time came from North Africa. The GDP of SSA during that time was approximately 3% while that of North Africa was 5%.

Despite SSA’s flat growth in the period under review, its growth outpaced the global average. This is very remarkable given also that several key economies in Africa experienced significant economic declines from 2015 to 2017.

This economic progress has been underscored by certain political developments in and across Africa. There has been a general deepening of democracy. According to research conducted by Polity at least 29 countries during that period became more democratic and less autocratic between 2000 and 2017 compared to 5 countries that became more autocratic and less democratic.

For the last 20 years Africa has experienced sweeping changes in its demographics. Rising economic activity in several African countries has resulted in the creation of deeper consumer opportunities across the continent. Africa is reaping richly from a demographic dividend which other continents either do not have or are experiencing in relative terms. When economic fundamentals improve coupled with a fast-growing population which is more youthful in comparison to their counterparts in other continents, this results in very lucrative opportunities and potential going forward. Economies with these features are attractive to foreign direct investment.
Presently Africa’s population stands at least 1.3 billion people which implies that over the last decade the population of the continent has increased by approximately 300 million individuals. For perspective, this number of people means that in 10 years Africa has added to its population an amount equivalent to the population of the United States of America. Interestingly and to drive this point further, Nigeria’s population has increased by 50 million and Ethiopia by 30 million and collectively these two countries have grown their population by an amount that exceeds the population of Germany!
The United Nations estimates that by 2050 the African continent will be home to at least 2.5 billion people. Africa is clearly leading the way in terms of population explosion. China in the last 20 years has added 150 million people to its population whereas Europe has added 22 million. Africa today comprises 17% of the world’s population which is 2% higher than 2010 records.

The explosive growth in Africa’s population which is greater than what the UN had previously anticipated places pressure on the continent’s social and economic infrastructure. The report by Standard Bank states that this pressure from population growth also places pressure on individual economies to ensure that economic growth keeps pace with population growth. This is especially significant because if the rate of growth in the population outstrips growth rate of the economy it may have adverse implications in the future in terms of social unrest. A case in point is what the world witnessed in South Africa when there were riots and widespread looting of shops by marginalized sectors of that country’s society. The riots were sparked by a political event, but they soon morphed and metastasized into looting.
The unrest in South Africa was so profound because of that country’s inequality. South Africa is the most unequal society in the world in terms of its Gini co-efficient. This is the result in part of economic growth that has failed to keep pace with population growth. South Africa’s economic growth has in fact lagged. The country has suffered weak macroeconomic fundamentals characterized prominently by the high levels of unemployment.

Africa’s consumer levels have significantly increased over the years. The continent’s economic trajectory continues to strengthen its consumer community. A flourishing economy results in increased incomes. This development has lifted the GDP per capita of several African countries most notably, between 2010 and 2018, per-capita GDP in Ethiopia rose by 125%, in Kenya by 80%, in Ghana by 70%, and in Côte d’Ivoire and Tanzania by just over 40%. These economies during that period were among the fastest growing in the world. It might please readers to know that in 2018 exactly half of the 20 fastest growing economies in the world were African. These countries included Tanzania, Ethiopia, and Cote d’Ivoire.

These developments have led to a growing middle class that is also maturing. This growing middle class is conclusive evidence of more meaningful and equitable distribution of the growing economies. Put more succinctly, the emergence of a middle class demonstrates that economic growth that has been enjoyed by African economies is the result of inclusive distribution of the growth they have enjoyed over the period. Despite the emergence of a growing middle class there is still overwhelming evidence from research that much of the continent’s population remains in the low-income category. It consists of households that are particularly vulnerable to economic shocks like the COVID pandemic which posed a real threat of rolling back the gains the continent has made in terms of alleviating absolute poverty since the turn of the millennium.

The continent is rapidly urbanizing reminiscent of China which also enjoy rapid urbanization from 2000. Most economic pundits appreciate that there is a strong symbiotic and mutually enforcing relationship between urbanization and economic growth. Economic growth cannot take place as it has been acknowledged by the UN without urbanization and where urbanization will naturally occur where there is economic development and progress. Urbanization has been known to bring with it further benefits like economies of scale which stem from agglomeration and the fact that generally urban enterprises are more productive and contribute a more substantial portion to the GDP of a country. A case worth mentioning is Zimbabwe which was recorded a reversing trend in terms of urbanization.
In recent times there have been growing numbers of people leaving urban areas and returning to communal and rural areas to live off the land by setting up agricultural ventures. This migration back to the rural areas has been in response to the shrinking economy which offers little to no opportunities to its citizens. The reverse urbanization is an accurate indicator of the fortunes of the country. However, urbanization in other countries is also driven by the fact that urban based employees generally earn higher wages than those based in the rural areas which also adds to the base of consumers in an economy.
Other benefits from mass urbanization of Africa are in the investment and development of its infrastructure. According to the report by Standard Bank, “…Given the immense challenges posed by inadequate infrastructure (particularly power and transport) in Africa, urban conglomerations allow greater and more immediate benefit for public spending on key infrastructure projects supporting economic growth.” Urbanization also results in rural prosperity because the urban centers provide primary markets for agricultural produce which results in increased income for households based in rural areas. Lastly urbanization has shown a tendency to support democracy because it supports the development of robust civil societies whose activities are supportive of economic, political, and social change.
For further reading on the benefits of investment in Africa with respect to the technological changes occurring in Africa and the deepening of financial services see:

So how can investors get in on the action in terms of African stocks?

It is necessary to appreciate the background and the context which Africa finds itself in regarding its economic development and progress. Lucrative opportunities for companies and investors alike will be in those areas of need for the rapidly urbanizing continent. Companies that serve the needs of the expanding base of consumers will make the most money. Rapid urbanization creates a strong appetite for raw materials and natural resources. This should provide a clue for prospective investors as to which companies to invest in this space. Africa despite its impressive economic development so far still suffers from an acute infrastructure gap. This gap is the result of several factors the most prominent being that the money just is not there for local economies to mobilize and deploy into the development of infrastructure projects.

Infrastructural development of the African continent presents unique opportunities to those companies involved in the actual work of building and construction of the said projects. Funding of those infrastructure projects will present unique opportunities for banks and finance companies in terms of public, private partnerships with their respective governments as well as the mobilization of international capital to be deployed in the funding of such projects. Infrastructure on its own is a broad range of investment opportunities in the form of telecommunications, energy, and civils. A blow by account of specific stocks that stand to benefit from the emergence of Africa would simply take tomes of volumes of books literally. There have been efforts however, to compile various indices of Africa’s top companies which international investors should have on their radar.

Investors should consider these with the foregoing in mind. Africa is rising. It has great economic potential and promise. However, as with all investments, risks need to be borne in mind and managed. For Africa to holistically appropriate and realize this potential the continent needs to first learn how to trade with itself. A lot of work needs to be done in this area especially where customs are concerned. They need to be reformed and structured in such a way that trade within Africa is absolutely frictionless so as to fully take advantage of the population numbers whose trajectory favor the emergence of our beautiful continent!