by Wanjiku Njugunah
in Business, Nigeria
0 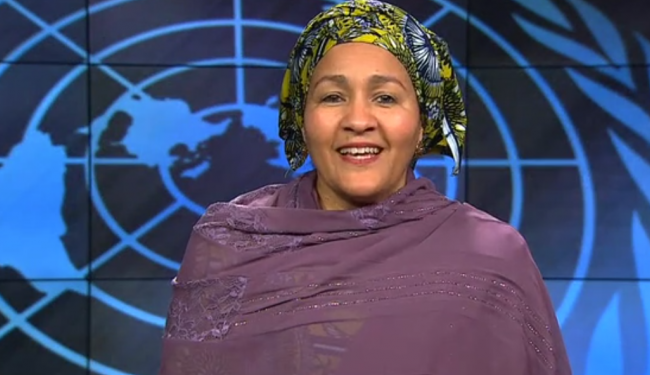 The United Nations Secretary-General António Guterres formalized his prior announcement that Mohammed would continue in her role, during his second term. Photo: sdg4education.org

According to Guterres, Mohammed’s leadership has helped advance the conceptual shift from the UN that the Member States called for in adopting the Sustainable Development Goals (SDGs).

The Secretary-General noted that over the last five years, the UN Sustainable Development Group was strengthened to enhance global leadership and oversight for the development and the UN established a strengthened UN Resident Coordinator system as the foundation of a more effective development system.

The Secretary-General expressed his appreciation for the Deputy Secretary-General’s leadership of the UN Sustainable Development Group and her determination to reinforce collective results and maximise the impact of the UN development’s system on the ground.

“From our robust response to the socio-economic effects of the COVID-19 crisis; through a boost in climate action and unprecedented momentum for Financing for Development; to her strong emphasis on coherence across humanitarian, political and development action – her role helped to keep the SDGs alive at a country level and protecting the Paris Agreement, despite significant headwinds,” he noted.

Prior to first assuming her role as Deputy Secretary-General in January 2017, Mohammed served as Minister of Environment of the Federal Republic of Nigeria and Special Adviser to Secretary-General Ban Ki-moon on Post-2015 Development Planning.

Before joining the UN, she worked for three successive administrations in Nigeria, serving as Special Adviser on the Millennium Development Goals, advising on issues including poverty, public sector reform and sustainable development, and coordinating poverty reduction interventions.

In a related story, Guterres recently appointed Amanda Khozi Mukwashi of Zambia as the United Nations Resident Coordinator in Lesotho, with the host Government’s approval.

According to Guterres, Mukwashi has devoted over 25 years to public service, working on poverty alleviation, tackling injustice and inequalities at the intergovernmental and non-governmental level while holding leadership positions at the United Nations and externally

Within the Organisation, she served with the United Nations Volunteers program in Germany as Chief of Volunteer Knowledge and Innovation, as well as Chief of Advisory Services.

She has also worked on country support programs on gender, population, and development with the United Nations Population Fund (UNFPA) in Zambia.

Outside the United Nations, she most recently served as Chief Executive Officer of Christian Aid, international development and humanitarian non-governmental organisation working in Africa, Asia, Latin America and the Caribbean, and the Middle East. Prior to that, she held senior positions within global non-profit Voluntary Service Overseas (VSO International), as well as the Common Market for Eastern and Southern Africa in Zambia.

A published author and an award-winning Chief Executive Officer, Mukwashi is also a trustee of United Kingdom-based think tank Demos and is a Thursdays in Black ambassador raising awareness of gender-based violence for the World Council of Churches.

She has also served in non-executive capacities as a trustee for the British International Development Network (BOND), as a president of Akina Mama wa Afrika, a pan-African feminist organisation, and as a trustee of the United Kingdom Disaster Emergency Committee.

In December, Guterres announced the appointment of Stephanie Williams of the United States as his Special Adviser in Libya.

Williams leads good offices and mediation efforts and engagements with Libyan regional and international stakeholders to pursue implementation of the three intra-Libyan dialogue tracks – political, security and economic – and support the holding of presidential and parliamentary elections in Libya.