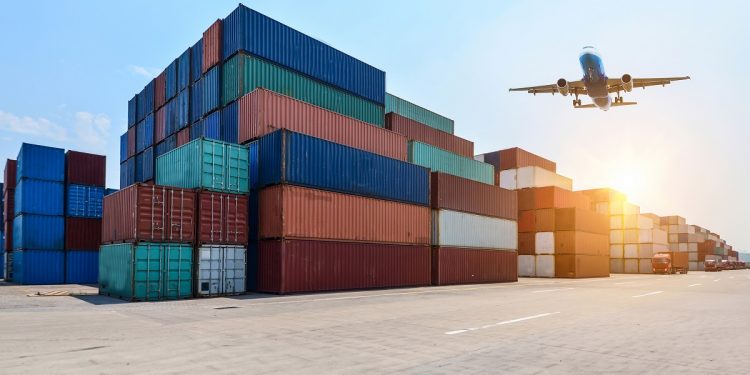 ATEX is a business-to-business e-commerce platform

The Economic Commission for Africa has launched an online trading platform to facilitate trading between buyers and suppliers when the African Continental Free Trade Area (AfCFTA) agreement starts next year.

Known as the African Trade Exchange (ATEX), the business-to-business e-commerce platform will not only improve cross-border trade but also provide businesses with quality products from verified African suppliers in an efficient way at reduced average trading costs based on AfCFTA rules.

The goal for its creation was to provide a marketplace for buyers and suppliers to be able to transact and buy good quality products from the continent based on the AfCFTA rules, said Almoustapha Cisse, ECA’s Acting Director, Division of Technology, Innovation, Publication and Knowledge Management, who made the presentation.

He said the Afreximbank, with whom it is collaborating to deliver the project, would serve as broker for most of the payment systems and the logistics which currently posed “a great challenge” to the continent.

ECA’s Director of Regional Integration and Trade Division Stephen Karingi, speaking on the importance of the electronic mode, described how many African small businesses went digital during the COVID-19 pandemic when supply chains were broken and they needed to identify new ones.

“One of the things we’ve seen during this COVID-19 is the importance of having credible supply chains,” and you can’t have credible supply chains unless businesses are working together, he said, adding, “ATEX promises a platform that can help anchor AfCFTA” which commences trading on 1 January 2021.

For Vitalis Uzor, representative of the Afreximbank, “Payments are critical to international trade.” According to him, ATEX would develop an ecosystem of banks on the continent to support the traditional payment mechanisms for transactions completed on the platform.

In his own remarks, Francis Mangeni, head of Trade Promotions and Programmes at the AfCFTA Secretariat, expressed confidence that with the successful operation of integrated payment systems in the Southern African Development Community (SADC) and Common Market for Eastern and Southern Africa (COMESA), it would equally deliver an efficient and profitable platform for the continent.

Also speaking, Ngone Diop, the Director of ECA’s West Africa Sub-Regional office, said the platform had the potential for delivering an inclusive and shared prosperity that promises to leave no African behind.

The AfCFTA provides the opportunity for Africa to create the world’s largest free trade area, with the potential to unite more than 1.2 billion people, in a $2.5 trillion economic bloc and usher in a new era of development. The AfCFTA has the potential to generate a range of benefits through supporting trade creation, structural transformation, productive employment and poverty reduction.

African countries can surmount a number of policy and regulatory challenges through the AfCFTA to attract greater investment by linking individual chapters of the agreement and achieving coherence on the various policy areas they cover; harmonizing heterogeneous approaches to investment regulation in Africa; clarify the relationship and precedence of the AfCFTA Investment Protocol and IIAs; pool resources to strengthen domestic and regional institutions and the business climate.

Investment flows to all African regions fell in 2017 to different degrees. This has largely been attributed to the end of the commodity super-cycle. Many African economies remain dependent on exports of primary commodities which are particularly prone to shocks.

The AfCFTA is a game-changer for investment on the continent which in recent years has seen foreign direct investment continuing to weaken.

For Africa, the AfCFTA remains the main option and hope for recovery.

The continent which is majorly supported by MSME’s needs to ensure that it does not squander the opportunity to grow as presented by the agreement.

The continent’s youthful population is in dire need of gainful engagement to avert an unemployment crisis which calls for investments in job creation where small businesses benefit from policies that enable their growth.

In August this year, the African Import-Export Bank (Afreximbank) and the International Trade Centre (ITC) teamed up to help small businesses make the most of the trade agreement. The partnership will see small-business owners and young entrepreneurs in Africa trained to trade with other African countries as part of the AfCFTA.

While the operationalisation of the AfCFTA has been delayed by the Covid-19 pandemic, Africa should make hay while the sun shines and ensure that the trade agreement benefits those most in need especially after the pandemic induced recession.