Sector experts have expressed concerns that Africa is facing growing trade barriers from conflicting Covid-19 control measures. As such, there is need for the EAC Regional Coordination Committee (RCC) on Covid-19 to review and harmonize the East African Community (EAC) policies and measures to control the pandemic.

In fact the, EAC Sectoral Council on Trade, Industry, Finance, and Investment (SCTIFI) is calling for harmonization of Covid-19 testing charges and the associated validity check of the tests. Member states f the EAC need mutual recognition of test certificates once issued otherwise, traders and transporters suffer a great deal during border crossing. 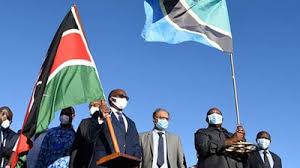 You have frieghters coming from Tanzania entering Kenya only to have the latter or former country deny entry due to ‘in-validity’ of the Covid-19 test and certification. This does not only apply at Namanga or Hollili cross border points, for Tanzania and Kenya and Kenya and Uganda respectively, no it occurs across all border points for all EAC countries.

It is a breathe of fresh air that SCTIFI has gone ahead and directed the Republic of South Sudan and the Republic of Uganda to operationalise the Nimule/Elegu One Stop Border Post (OSBP). The two countries are now required to place their country officials at the OSBP which at the moment they do not.

The East African Community (EAC) is facing huge policy and regulation differences that affect efficiency of trade. For instance, despite having formed the ambitious EAC Customs Union which provides for the Common External Tariff (CET) for all member states, each country still has also its own policies and tax regiment that, in many cases, conflicts with the other EAC member countries.

Concerns over the issue were also raised during the just ended East African Community tax and budget dialogue for FY2021/2022 that was held in July in Uganda’s capitol Kampala. Participants pointed out the troubles caused by conflicting tax policies and regulations. The trade patrons called for the formation of an special institutional committee specifically created to report on tax harmonisation.

A good example is the fact that while there are no trade tariffs among the East Africa Community (EAC) member countries, however the EAC still has various forms of non-tariff measures that severely undermine the no tariff initiative and instead create bottlenecks that are just as bad as instituting tariffs all over again.

To date, there are many gaps in the implementation of CET which for example is seen as a fuel for Black Market trading and tax evasion as well. Because, if moving goods from one country is not limited by tax issues yet when the trader gets to the border they are faced with a long list of taxes and regulation that cost a pretty sum, then naturally, the trader is included to attempt among other things tax evasion and even smuggling of goods.

However, the reality on the ground when it comes to tax harmonization is that it is very difficult to have umbrella regulations for all member states in the EAC bloc let alone across the continent. The main reason is the difference in economic development of the various countries which could lean in favour of one and against another if not tweaked to meet the specific needs of a given country.

Commenting on this fact Abel Kagumire, the commissioner for customs at Uganda Revenue Authority  (URA) said; “Tax harmonisation as a region is very important but because we are at different levels of development as partners, it becomes difficult.”

However, this does not mean giving up all together and letting the tax policy disparity affect trade and development goals. No, Uganda for example has actually taken steps to harmonize the Uganda Revenue Authority (URA) with its sister bodies across the border. The URA has in fact partnered with the Kenya Revenue Authority (KRA) and together, the two tax watchdogs host common digital servers of the Regional Electronic Cargo Tracking System.

This system helps to track goods that are leaving the Mombasa port and subsequently travelling through Uganda to Rwanda onward to South Sudan and to the DR Congo. By harmonizing the tracking system, the two countries can trac goods in transit without much hustle and wit considerable amount of efficiency and precision.

“Harmonization means having similar tax principles and laws,” comments Moses Kaggwa, the Acting Director for Economic Affairs at the Ugandan Ministry of Finance.

“We are fairly together with the rest of the EAC,” he said citing the fact that Uganda uses pretty much the same VAT system that Kenya uses. Notably, it is that same system that is used by most the EAC’s bog economies including Rwanda and Tanzania as well.

The next step in harmonizing policies and operating modules, is the need centralizing the related revenue administration and collection, because; “When we harmonize our tax administration we shall not compete with each other as EAC member states,” the sector experts reasoned.

There is also the matter of Visa fees which gravely affect the ability of traders to move between countries. It is now expected that the Republics of South Sudan, Uganda, and Kenya will expedite the removal of visa fees while the rest of the EAC partner states still need to remove what was described as ‘discriminatory fees, levies, and charges’ that hinder trade and persons movement across borders.

In this case, you have Uganda which has proposed maintaining of protective rates ranging from 25% to 60%, instead of 0%, 10% and 25% on goods manufactured in Uganda, for a period span of one year. Products affected are those that are produced in Uganda raining from meat to chewing gum, sugar confectionery (sweets) to edible meat offal, fresh or chilled potatoes, sausages and similar products.

Also affected are chocolates, biscuits, tomato paste and sauce, honey, ready to drink juices, ginger, jams, processed tea and Uganda’s well performing coffee that is exported to several EAC countries as well. Then you have the proposed request to extend duty remission for essential inputs used by manufacturer that is to be effected under the EAC Duty Remission Scheme.

Instead of been taxed at 10% or 25%, now these inputs will taxed at reduced duty rates (0% or 10%) for a period of one year. The goal here is to reduce the cost of inputs and hence the cost of doing business all together. Affected inputs include but are not limited to those used in the manufacture of textiles, footwear, and assembly of motorcycles, among others.