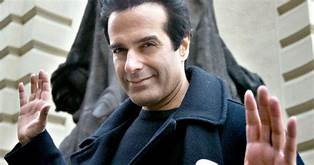 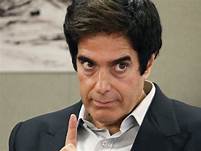 It is no magic trick when you can pull a billion dollars out of a hat, well the magician David Copperfield has done just that. Charles Dicken’s 1850 masterpiece has indeed come to life, only, instead of a poor orphan, we have a billionaire magician.

An illusionist with a net worth of $1 billion, David Copperfield is indeed the richest magician on the planet. Pocketing a sweet $60 million every year for his magic tricks, David Copperfield joined the world’s list of billionaires.

So wealthy is Mr David Copperfield that when Las Vegas shut down earlier this year owing to the Coronavirus, he did not lay off any staff and out of his own pocket, he continued to personally pay every one of his employee’s salary.

David Copperfield’s real estate portfolio alone is worth an incredible $300 million. The magician owns 11 islands in the Bahamas where he is also the owner of what can only be described as an ultra-exclusive resort, why? Well, it costs as much as $50,000 per night to rent and takes a minimum of four-nights booking.

It is no hat trick, the magician owns an $18 million mansion in Nevada and a four-floor apartment in New York City that is valued at $60 million.

Notably, for the last 40 plus years, David Copperfield has been performing at least 515 times every year at the famous MGM Grand in Las Vegas, US.

He does magic tricks, guest spots, and even has his own television appearances.  David Copperfield also owns the International Museum and Library of the Conjuring Arts in Las Vegas, Nevada, ‘which is dedicated to preserving the history and art of magic, and holds the world’s largest magical artifact collection.’

His famous tricks include making the Statue of Liberty disappear and walking through the Great Wall of China. Born, David Seth Kotkin in Metuchen, New Jersey, David Copperfield was only 3 years old when he started learning magic.

He also studied ventriloquism at New Jersey’s Camp Harmony and at the tender age 10, he nicknamed himself “Davino the Boy Magician” and began performing magic around his neighbourhood.

Just two years later when he was only 12 years old, he became the youngest person ever to be admitted to the Society of American Magicians. Another youngest for magician David Copperfield came four years later, he began teaching a magic course at the New York University.

Fame and fortune called, and David Copperfield answered when just weeks into Fordham University he dropped out to star in a Chicago production of the musical “The Magic Man.”

It is after that show that he officially began using the stage name David Copperfield, derived from Charles Dickens 1850 masterpiece. After that, he went on to create the show “Magic of David Copperfield” when he was only 19 years old.

David  has over the years made good use of TV as a platform to attract the audience. In 1980 he played The Magician in the horror film “Terror Train,” and three years later, he ‘made’ the Statue of Liberty vanish and reappear in front of a live audience.

Notably, in 1982, David Copperfield founded a rehabilitation program called Project Magic, which uses magic as a form of therapy for people with physical, psychological, and various social disabilities.

His magic took him all the way to the White House wherein 2001, he performed at a UNICEF benefit.

David Copperfield went on to work with famous TV stars like Steve Carell and Jim Carrey giving him even more popularity. He was also featured on the OWN-TV network’s “Oprah’s Next Chapter” series in 2012.

Trouble in paradise, David Copperfield, the great magician who could make the Statue of Liberty disappear could not however make his cases go away. In 2007 he was accused of sexual assault and in 2018, he was again accused of drugging and assaulting a 17-year-old model around the same time as the first charges were brought against him three decades earlier.

Also part of his wealth is his art collection. He owns the world’s largest collection of magic memorabilia. In his collection, he has more than 150,000 items and books with priceless items from the legendary magician and escapes artist Harry Houdini and those of the father of modern magic, Robert Houdin.

Valued at a whopping $500 million, the art collection is housed in a 40,000 square foot warehouse several miles off the Las Vegas Strip.

With such great achievements, it is no wonder that David is the recipient of 21 Emmy Awards. He stands named Magician of the Century, Magician of the Millennium, and King of Magic.

David has also received the prestigious U.S. Library of Congress’ Living Legend Award and is inducted into New York City’s Ride of Fame. In 1995, he received the first star on the Hollywood Walk of Fame awarded to a living magician.

If that is not prestigious enough, David has also been knighted by the French government, becoming the first magician to receive the Chevalier of Arts and Letters.

David  has also has set some11 Guinness World Records including the “Most magic shows performed in a year,” “Largest illusion ever staged,” and “Most tickets sold worldwide by a solo entertainer.”