by Kimani Chege
in Business
0
Share on FacebookShare on LinkedIn

The East African region is a vast region with massive resources, population, and an established commercial landscape that presents viable business opportunities for external investors. According to statistics both by the World Bank and IMF, the region was one of the fastest-growing in Africa with a high influx of foreign direct investments.

In the 2019 report, United Nations Conference on Trade and Development (UNCTAD) noted that the East African region including Ethiopia received $9 Billion in foreign direct investment with projections of this figure doubling over time. However, the effects of the Covid-19 has had a great effect both on the economic growth as well as the number of foreign investments into the region.

The African Development Bank, in its analysis of the effects of Covid-19, highlighted the rebound of the East African economy as one of the main points of observation of the continent’s resilience. GDP growth for 2020 has been revised downwards from 5.1 percent to 1.2 percent in a baseline scenario (when the virus is contained by the third quarter of 2020), and to 0.2 percent in a worst-case scenario (when COVID-19 persists to the end of 2020) according to data site, Statista. Before the health crisis, it was anticipated that much of the East African countries were expected to have positive growth, leaving aside Sudan due to its continued conflict.

Non-resource-intensive economies in the region are collectively projected to grow at 0.6 percent in the baseline scenario,  with the potential of falling into a recession, having a –0.9 percent in the worst-case scenario for 2020. Most of the countries in this group entered the crisis with very strong average growth rates above 5.6 percent in 2019.

The Covid-19 pandemic affected the East African countries in the same way, but the manner of response to the pandemic is proving to be the determinant of how the countries emerge after the pandemic. For example, despite Tanzania remaining open for business during the period, a divisive election has waved off any economic gains that would have been achieved. Rwanda has emerged as one of the strongest countries in introducing cross-cutting measures to ensure the country remained afloat.

Despite the pandemic and the effects thereof, the region remains one of the most attractive zones to do business in Africa. With an educated youth, low incidences of political instability, and vast and varied natural resources, the region is reaching out to more investors to come in.

In this edition, we will focus on how individual countries are working towards pulling investors into their economies.

Kenya: Path well-beaten by the most diverse economy in the region

Kenya’s economy has one of the most advanced leading sectors in agriculture, financial services, and manufacturing. While the economic growth rate of the region has not been as high compared to other East African countries, it has proved to be one of the most resilient economies in Africa. The economy is still raking it in, despite fighting corruption and having low political turmoil, including a stable environment not impacted by droughts and floods. The main explanation of this has been the endowed human resources with the population willing to start over again. This has been one of the selling points of the country when it seeks foreign investors.

Kenya is seeking investors in Agricultural technologies mainly in the area of using ICT to harness agricultural growth. During the partial lockdown, many Kenyan-Silicon Valley Affiliated tech companies took advantage of the situation by introducing unique applications used for food distribution and foodstuffs to families in Nairobi. For example, Twiga Foods, a company with vast American investments made a substantial profit by partnering with Jumia to sell agricultural foodstuffs to homes, in an environment where natural products were limited.

Tourism in Kenya still offers decent returns for investors with various agencies in the tourism ministry out to market investments in the hotels and travel industry. Yet this is an industry that has yet to steer itself back into the limelight as Covid-19 has taken the spotlight.

Another opportunity Kenya is seeking investors to enter is the agro-processing arena. The aim is to enable investors to work with small to medium companies taking advantage of an enterprising farming community to produce foods for local and international markets. Counties in the country are already entering contracts with foreign companies for the development of small factories and industries in the area of fruits processing, dairy, livestock, grains, and agricultural-related industries like sisal, cotton (apparel), and leather.

Kenya is also exploring mineral development with a focus on gold, oil and gas, precious stones, and titanium. The government is revising rules in this sector to ensure the country benefits as well as it offers decent returns for investors.

In the energy sector, the country is exploring how the local private sector can partake in the exploration and exploitation of renewable energies. The aim is to build a reliable source of energy for the growing population as well as the industrial arena. This has included the development of Pay-as-you-go solar-powered systems, micro-grids, and how they can drain their power to the national grid as well as the use of innovation to tap into the wind, solar, and small-hydro.

Kenya’s real estate industry also presents a major opportunity for doing business, with several foreign investments currently being undertaken in the country. For example, a conglomerate of Kenyan and American investors has come up with Tatu City, a mixed development that is promising huge returns.

Tanzania is the largest country by landmass in the East African region. It is one of the most resource endowed countries not only in East Africa but Africa in general, with vast reserves of gold, diamond, gas and rich arable land to bring maximum agricultural returns. It produces enough food for its population and exports to most of the countries in the region. Its manufacturing industry is also in the rise with an increasing population having a strong disposable income.

There has been a rising notion on the stability of investments in Tanzania especially after a long-protracted tussle between Tanzanian authorities and gold miner Barrick Gold over proceeds of the precious mineral and cases of tax discrepancies. Though this issue has been resolved amicably, it has left a bitter taste in the mouth of foreign investors.

The government however says there is no need for worry as existing laws guarantee sober decision-making processes. The Tanzania Investment Act of 1997 provides for payment of fair, adequate, and prompt compensation to foreign investors. The law also guarantees access to the court or arbitration for the determination of adequate compensation; and prompt repatriation of benefits in the convertible currency where applicable.

The country is in the process of collecting views from stakeholders to reform the National Investment Policy of 1996 and Investment Act of 1997.  In order for it to factor in changes brought about by regional integration mechanism, it is reviewing the various continental trade pacts such as the East Africa Community (EAC), Southern African Development Community (SADC) and the envisaged Africa Continental Free Trade Area (AfCFTA).

Tanzania is seeking greater investments in the tourism industry and related services. The country boasts some famous global known travel destinations including the white beaches of Zanzibar and the Serengeti plains, which, when combined brings in billions of dollars to the country annually. There is a growing demand for small to medium tourism hotels across Tanzania to cater for low-income tourists but also to provide alternatives to the larger hotel chains in the high peak seasons.

The country is also exploring real estate development with housing demand going up. With Dar es Salam being the biggest metropolis in East Africa, the country is looking for investors who will provide affordable housing for the city dwellers.

A bulk of real estate property, especially housing, in Tanzania is dominated by individual home-builders who account for over 70.0% of the total supply. The public sector through local governments, National Housing Corporation, Tanzania Building Agency, Watumishi Housing and pension funds such as National Social Security Fund (NSSF), account for approximately 12.6% of the supply while residential private developers cater for approximately 3.9%. The housing demand is estimated to grow by 200,000 units annually with the cumulative deficit currently at 3.0 million units, according to National Housing Corporation (NHC).

Uganda: A young population and one of the most densely populated country in the region

The population of Uganda estimated to be 40 Million in 2019 is expected to increase to 45 Million by 2023. It offers great strength on the investment opportunities with a  young population eager to exploit their potential. Uganda has one of the world’s youngest population with over 78 percent of its population below the age of 30. The median age is 15.9 years, according to Statista.

With this young population, the Ugandan government has moved to market the country as one that offers great opportunities in tourism, technology, agriculture, and manufacturing with a strong and energetic labor force. There are several unexploited mineral deposits in the country, with many more minerals than the confirmed Iron Ore, Phosphate, Gold, Zinc, Petroleum, Diamond, limestone.

With all Uganda’s trade partners in the East African region facing unprecedented challenges, this presents a fertile ground for start-ups in e-commerce in fields of logistics, agriculture-based ventures, medical services among others.

The country has cultivated a culture of proper planning and marketing in attracting high-end investments in the field of ICT, finance and tourism. Rwanda has for a while now, been known as a budding hub for tech companies willing to venture into Africa. With a friendly set of policies, the tiny nation has attracted major companies to set base in Kigali, the capital city.

The country is also establishing itself as the financial capital of Africa with major investment opportunities in the finance and banking being supported.  Under the auspices of President Kagame, his administration  is keen to make bold and unprecedented moves to attract foreign investors.

Rwanda Finance Limited is a company owned by the government of Rwanda, that was created to promote and develop Rwanda as a business and financial center of excellence by fostering cross-border trade and investments. The company advocates for the highest regulatory standards and the most attractive products and services to suit the needs of global investors and financial institutions. This has in turn attracted major foreign investments including UK’s CDC group.

In light of this, one key marketing tool Rwanda has adopted is housing regional conferences. This has been as a result of government incentives that allow conference organizers to manage their events with ease. In the 208/19 fiscal year, the industry generated $52 million in accommodation revenue from 35,000 international delegates.

In addition to this, Rwanda has sought to bring in major educational institutions such as Carnegie Mellon University, one of the top engineering schools from the US.

The Rwandese government is keen to facilitate private sector investment and cooperation in renewable energy to meet and scale-up green and clean energy sources in the country. They are dedicated to advancing renewable energy for rural electrification and agricultural development and are looking for big investments. Such projects include the bubbling methane gas project in Lake Kivu as well the Rucanzogera Hydropower project. Rwanda is targeting to achieve 100% access to electricity countrywide by 2024. 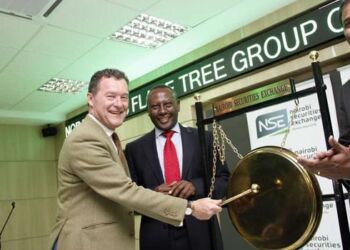 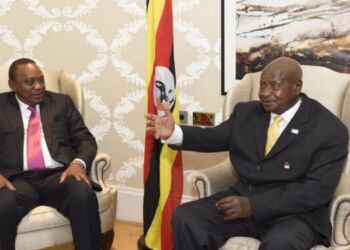 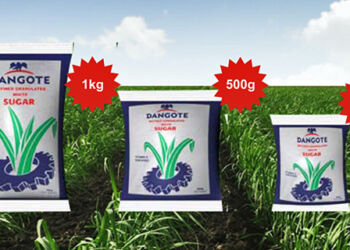