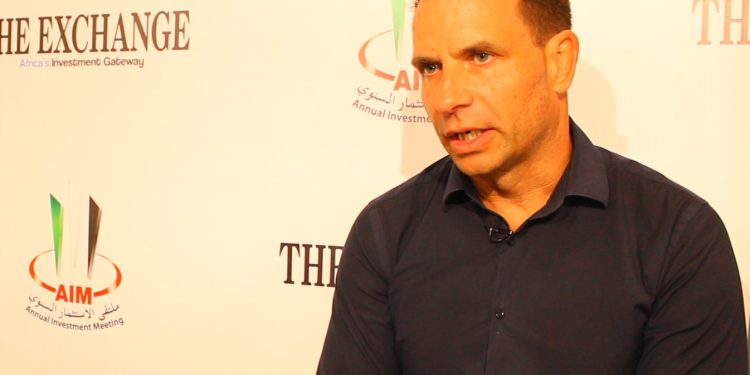 karriere tutor® founder and CEO Oliver Herbig. He is offering solutions to attract labour from outside Germany and plug in the workforce gaps. [Photo/Njenga Hakeenah]

A declining labour population threatens Germany’s public pension system, as fewer employees are faced with the duty of funding the pensions of an increasing number of pensioners who are enjoying longer life expectancy after decades of low birth rates and uneven immigration.

Europe’s largest economy, Germany, is facing a double-edged sword – a crisis of labour shortage and a demographic imbalance which threaten the country’s economic productivity.

The federal labour office estimates that Germany must bring in at least 400,000 skilled immigrants a year to keep up with demand because of its ageing population and low birth rate. In January this year, German Economy and Climate Protection Minister Robert Habeck said that if the European nation did not close the labour gap, they would have real productivity problems.

A declining labour population threatens Germany’s public pension system, as fewer employees are faced with the duty of funding the pensions of an increasing number of pensioners who are enjoying longer life expectancy after decades of low birth rates and uneven immigration.

With these challenges, Germany has no option but to open up its borders and admit more immigrants to plug in the deficit. According to figures from the Federal Statistical Office, in 2020, the net immigration to Germany was 209,000. This was the first time in nearly ten years that Germany’s population has stalled.

Opportunities for Africans to work in Germany

This situation in Germany opens opportunities for Africans to work in Germany.

The new legislation aims to make it easier for skilled employees from outside the EU to enter the German labour market. This means that foreigners can, among other things, take jobs that could be filled by Germans or EU citizens and allow them to stay in Germany for up to half a year to look for work.

There are numerous unfilled opportunities in Germany due to a lack of workers and expertise but this is a challenge that Oliver Herbig will not let go to waste.  Herbig is the brains behind karriere tutor®, an online platform that offers online courses to immigrants to Germany, including Africans, interested in immigrating to the European country.

karriere tutor® has grown from a start-up to an innovative leader since it started offering online training in 2015. The system combines digital courses with individual online support, offering career advice and applicant coaching.

As a platform offering continuing education, karriere tutor® supports its customers until they acquire their certification.

In Africa, Tanzania is the first country to have karriere tutor® classes which are offered as adult education. The courses are aimed at enabling learners to gain skills which would allow them to immigrate to Germany. The classes were started in 2021 and they are hybrid, meaning the classes are available in-person and online.

Herbig says that the classes are to help those taking them understand how the German job market works. karriere tutor® offers courses in digitalization, marketing & distribution, IT and programming, project management, HR & leadership and finance.

The karriere tutor® platform targets to improve people’s employability, help them get better pay and also take opportunities coming up in Germany. The platform has been working with the German government for seven years to plug in the gap that has been created by the labour shortage.

Herbig says that courses are available even on mobile phones and they are meant to equip potential employees to understand the expectations of their employers.

karriere tutor® also works with its clients to apply for jobs, through the interviewing process and assimilating into Germany. German as a language is not mandatory but having a basic understanding of it is an added advantage.

Herbig adds that to ease the movement of immigrants, the German government is working on ensuring that expatriates can easily travel there and find accommodation. He says that for those interested in working in Germany, the procedures are not cast in stone since in the next 10 years, the workforce will shed three million workers, a number that has to be replenished if Europe’s biggest economy is to stay afloat.

Out of 80 million Germans, only 33 per cent of these are working. This translates to 33 million workers supporting the entire economy which is not sustainable in the long run.

Learning the language for integration in Germany

Herbig says that Germany is following in the footsteps of Dubai which has opened its doors to foreigners who have driven the Emirate’s economic growth. On language barrier challenges, the karriere tutor® founder says that speaking German is not mandatory.

Germany has integration courses which include learning German. The course is financed by the state if one is entitled to it.  The integration course (Integrationskurs) is one way that the state helps you to learn German.  An orientation course and the German language are included in the government’s integration programme that typically consists of 700 hours of instruction with both part-time and full-time options available.

Also, the Federal Office for Migration and Refugees can help you apply for an integration course if this is not the case.

With the German Skilled Immigration Act and the governing parties’ agreement in their coalition negotiations, foreign skilled employees would be able to work more easily in the country thanks to measures such as increasing the national minimum wage to 12 euros (US$13.60) an hour.

In 2020, the number of foreign nationals living in Germany increased by 204,000 which is the smallest growth in a decade. The coronavirus outbreak substantially cut the number of immigrants entering the labour force aggravating the problem.

Germany’s Federal Labour Agency Chairman Detlef Scheele says that beyond retraining individuals whose occupations have vanished or making people work longer hours, the only option to deal with the current situation is to greatly expand immigration.

With this, it is definitely time for Africans to seek the opportunities that are opening up in Germany since, ironically, unemployment on the continent is at its highest now and the figures continue growing as the youth population burgeons.

Africa is the world’s youngest and most rapidly expanding continent. An estimated 375 million young Africans will be in the job market by 2030. The International Monetary Fund notes that the population increase in Africa will have more young Africans joining the workforce by 2035 which is more than in the rest of the world combined.

If governments invest in this demography right, it creates opportunities to increase diaspora remittances should this youthful population makes good on opportunities the likes of which Germany is offering.

International Relations: Can EU-Ethiopia relations get any better?