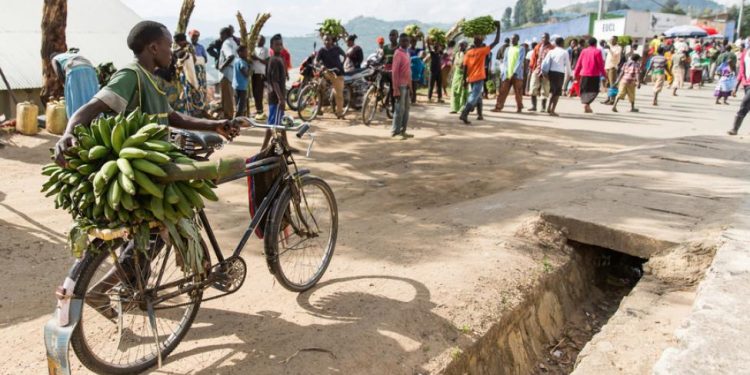 Most immigrants are migratory workers who work either formally or informally in their destination countries.

by Maingi Gichuku
in Africa
0
Share on FacebookShare on LinkedIn

Many Africans, particularly refugees and young people seeking better economic opportunities, have relied on migration as a means of sustaining their living.

Most immigrants are migratory workers who work either formally or informally in their destination countries. As a result, immigration plays an important role in the economic development of destination countries. However, a number of low and middle-income countries lack evidence and awareness of how immigrants might contribute to various sectors of the economy, and very few have designed and implemented relevant policy frameworks.

Many destination nations are unable to capitalise on immigration due to a strong informal sector, insufficient labour migration management capacity, and a lack of aggressive labour market regulations.

A closer examination of migratory patterns is required to better understand how migration might generate wealth in Africa. As reported by the United Nations Conference on Trade and Development (UNCTAD), nearly half of the 41.5 million individuals who migrated from, to, or within Africa in 2017 remained on the continent, with 19 million people remaining on the continent. Approximately 17 million individuals left Africa, while 5.5 million people migrated to Africa from the rest of the world.

Most development plans and labour policies don’t pay much attention to the needs of migrant workers, like how to help them support their relatives and communities back home. Still, these problems are directly linked to better development results.

Social security, health care, and education for migrant families go hand in hand with fair wages and working conditions, and less exploitation and violation of human rights. Migrants are more likely to be able to contribute to economic growth if they can find jobs that match their skills, improve their skills, move their pensions with them, and get back into their home economies.

To deal with these problems, employment and migration policies will need to be better coordinated in systems that are linked to planning for development. This means that problems with the growing informal sectors in both developed and developing countries need to be solved. Most countries can’t take advantage of the benefits that positive labour migration can bring because they have a big informal economy, weak labour policies, and not enough ways to manage labour migration.

Steps In the Right Direction

The African Union and its member states had the opportunity to recognise the importance of a strong policy and institutional framework to efficiently manage migration during the evaluation and revision of the Migration Policy Framework for Africa (MPFA) in 2017 and 2018. This included stressing the necessity to consider migration as a crucial development element, rather than just a pressing issue to address.

The policy frameworks and attitudes on migration set by the African Union are beginning to seep into national policy reforms and practise, indicating that the African Union’s policies and positions are having an impact.

African governments must look to one another for inspiration if they are to build on their previous achievements. Kenya has been lauded for approving a law that will provide hundreds of thousands of refugees living in the nation with improved access to education and work opportunities in the future.

Education, employment, and integration into Kenyan society are all made possible under the 2021 Refugee Bill.

Making it possible for a half-million refugees to earn a living in the country, rather than relying on the charity agencies that have been assisting them for three decades, is essential.

According to the International Rescue Committee’s policy and advocacy adviser, Victor Odero, the law will allow aid organisations to focus more on generating possibilities for refugees.

“What stands out for me, and I assume for humanitarian, development, and private segment actors is that for the first time in legislation, we see provisions that allow refugees to become self-sufficient, which is critical because refugees have been completely reliant on humanitarian assistance for the past few decades.”

“I believe that this bill provides us with an opportunity to refocus our focus away from this and toward enabling and empowering refugees to become self-sufficient,” he said.

Other good Initiatives to emulate include Rwanda’s temporary visa programme for semi-skilled migrants and Morocco’s recent expansion of employment categories for foreigners, for example, will allow these two markets to adopt more flexible labour regulations in the future. Similar changes might be beneficial in a number of additional destination nations.

The introduction of the much-anticipated all-Africa passport would be another significant step forward in the advancement of intra-African migration. Unfortunately, while the initiative’s purpose – to promote integration, commerce, and socioeconomic expansion within the African Union – is commendable, bureaucratic inertia is likely to prevent it from being implemented as soon as it should be possible.

UNCTAD, IOM working together to maximise the benefits of migration

IOM and UNCTAD had previously collaborated with UNHCR to create a policy guide on entrepreneurship for migrants and refugees, which is presently being implemented in several countries.

Migration and trade within Africa

Large diasporas in a country are frequently associated with an increase in bilateral trade between the migrants’ host countries and their countries of origin. This phenomenon, known as “nostalgia trade,” focuses on trade in commodities unique to the migrants’ home country as well as trade in tourism services.

For instance, between 2000 and 2013, migration from the Democratic Republic of the Congo (DRC ) Zimbabwe to other African countries corresponded to an increase in sustenance imports from these countries (as measured by the value of food imports from Zimbabwe rising from US$100,000 to US$1 million and from the DRC rising from US$100,000 to US$650,000).

Simply defined, migration in Africa aids the development of destination economies. Large migrant populations encourage private-sector development, value-added industry, and economic diversification in addition to meeting labour shortages. Furthermore, migrants spend around 85% of their wages at home. This injection of capital increases the tax base of destination countries and encourages local consumption.

However, remittances and knowledge exchange help African migrants contribute to progress in their home nations. In fact, the overall value of African migrants’ remittances currently exceeds the total of official development assistance (ODA) received by African countries. Remittances, which have increased dramatically since 2000, have accounted for the majority of total external financial flows to Africa since 2015 since ODA has decreased from 37% in 2001-2003 to 28% in 2012-2016. In 2016, transfers accounted for 51% of private capital flows to Africa, up from 42% in 2010.

According to UNCTAD, If pro-migration measures are implemented, Africa’s per capita GDP could rise by 61 per cent by 2030, to around US$3,250. Intra-Africa migration, in other words, is not just a human and social phenomena, but also a crucial component of economic development.

However, uncontrolled migration can have major consequences for states and migrants, including destabilising impacts on individual countries and regional security. Mismanaged migration can cause host-community conflicts, xenophobia, discrimination, and other societal ills. Many African governments have struggled to manage migration due to a lack of capacity, data and policy coherence.

This has harmed inter-state relations, increased migrant smuggling and human trafficking), created tensions between host and migrant populations, and weakened national and regional security. Given the increasing importance and unrealized potential of migration in Africa, states must adopt comprehensive migration strategies. Regional integration and free movement of people give considerable chances to boost migration’s development benefits.